Mental Health & The Werkplace: How Much Should You Tell Your Employer?

This article talks about mental illness, specifically depression and anxiety, in detail. If it triggers anything for you please call BeyondBlue on 1300 22 4636 for 24/7 counselling, or Lifeline on 13 11 14 if you are in crisis.

The stats don’t lie: half of all Aussies will experience a mental health condition in their lifetime, and 1 in 5 of us is dealing with one this very minute.

Yet a solid 86% of us would rather suffer in silence at work – where we spend most of our time – than talk to a colleague or employer about our mental health issues, according to the 4,000 people surveyed by RUOK? director Graeme Cowan during research for his book, Thriving Naturally.

“There’s been wonderful awareness done around mental health but there’s still huge stigma in the workplace,” Cowan told PEDESTRIAN.TV. “That’s where the next real breakthrough has to be.”

So do you have to tell your boss about your depression?

There was a running theme with the half a dozen people P.TV spoke to for this story. Each person had only disclosed their mental health condition to their workplace when they felt it had reached a point where they couldn’t not.

Paige*, a 26-year-old graphic designer at a large Sydney-based construction company, spoke to her HR department last year when her mental illness – and a bullying manager – had pushed her to breaking point. It was one of the most awkward, stressful conversations of her life, she said, but HR were fantastic, and she was granted four weeks stress leave.

However, when she returned to work, she discovered that her direct manager had been bad-mouthing her illness to colleagues, claiming she had “bullshit depression and anxiety” and was simply “trying to bludge”.

Paige went back to HR, who promptly investigated the situation – and fired her boss. “He was gone, fired, straight away.”

Then you have Hannah*, a 25-year-old marketing professional who disclosed to her direct manager when her new meds landed her with some pretty shitty side effects.

“I didn’t want him to think poorly of my performance,” she explained to us. Her manager took it incredibly well, and work went along smoothly – until he left the company, and a bunch of very old-school managers came on instead. When workplace bullying pushed Hannah to a point where she had to disclose again, things did not go so well.

“They were clearly very uncomfortable with how I was feeling, and essentially told me to ‘move on’,” she said. “Eventually I realised I had to leave the company in order to get my shit together.”

Is that even legal?

Nope. It’s illegal as shit. The Fair Work Act makes it unlawful for an employer to take adverse action against an employee because of mental illness, which can include:

If you’re reading this and thinking, ‘Holy shit, this is happening to me’, get in contact with the Fair Work Ombudsman for advice. And if you want to seek legal action, the sooner the better.

“It is important to assess the full range of options before acting – for example, if an employee resigns they will limit their legal options,” said principal lawyer at McDonald Murholme, Andrew Jewell, adding that the advice a lawyer gives you may be to make a claim, to try and improve the workplace situation, to leave the role, or to commence proceedings.

Provided my boss isn’t the devil, WTF do I say?

As much or as little as you want. For example, Paige simply told HR she had mental health conditions (and had a letter from her psychologist to back her up).

If you think your workplace is negatively impacting your mental health, BeyondBlue’s Arvantis advises trying to identify the cause of your stress before chatting to your manager.

“It might be that after discussing with a GP or a friend that you find it is the demands of the work are unrealistic,” he said. “Depending on the environment within that workplace, the best course of action might be to have a conversation with a trusted manager.”

BeyondBlue has some A+ advice on how to plan that conversation, but the main pointers are:

Any tips for managing this shit in the future?

You basically have to learn boundaries, and about what can and cannot be expected of you in a role. It takes time. And it’s not always fun.

Rachel Service, 33, told us that after dealing with mental health conditions at work three times in her 20s, she now asserts her boundaries at work without compromise.

“My mental and physical health is much more important,” she said. “Employers must demonstrate to employees that their team’s mental well-being is far more important than any deadline.”

BeyondBlue‘s Nick Arvantis (who heads up their Workplace Research & Resources vertical) advises against making your entire social life about your work fam. As great as it is to have those strong connections in the workplace (and not to mention having friends who can relate to your career highs and lows), Nick says it’s key to have a support network outside the office.

His other v. v. useful tips include: avoid drinking *too* much alcohol, using relaxation techniques / practicing mindfulness and mediation, finding a hobby that allows you to disconnect, and keeping up your physical health.

Like a very wise lawyer once said: “Exercise gives you endorphins; endorphins make you happy.” 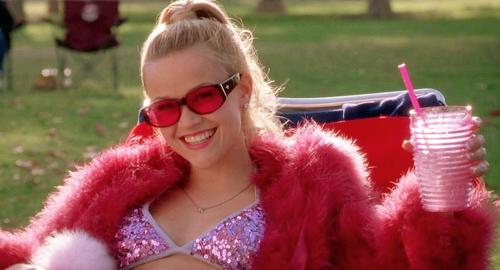 So… is my job ‘mentally healthy’ or nah?

No matter how well you arm yourself with the facts on dealing with mental health in the workplace, a lot of it comes down to how mentally healthy your workplace actually is.

Your workplace and mental health are caught up in this weird, co-dependent relationship; if one goes sour, the other one’s often pretty quick to follow.

The trick is figuring out if / how your workplace might be negatively impacting your mental health, and managing it appropriately.

Indicators your workplace might be a mentally unhealthy environment include everything from the perpetuation of workplace bullying or poorly managed periods of change, to seemingly ‘small’ things like being asked to perform monotonous tasks / work long hours, or having a lack of clarity around your role itself.

There’s three key elements that can determine this, says Nick.

He says the best course of action is trying to figure out is a workplace is mentally healthy before you sign an employment contract.

Easier said than done, but he advises sussing this out in the interview stage by looking past the superficial shit (ping pong tables, free food, etc) and into the deeper stuff: does the company align with your personal ethics? Does it care about your career progression?

However, the #1 work influence over your mental health is likely to be your direct manager.

In cases where mental health issues at work have progressed to the litigation stage, poor management is often a contributing factor.

“Middle managers are not equipped to deal with workplace issues and they can develop into larger issues affecting mental health,” says Jewell.

And if they’re anything like this guy, fukken’ run.

*Names have been changed.