Is Private Health Cover Worth Your Extra Hard-Earned $$$?

This is what goes on in my head when someone mentions the words private health insurance:

It’s a mixture of confusion, boredom and above all else, ignorance.

What about it is ‘private’? Is there a public one? Does it cover dental? Why do I have to get it before June 30? Was Jesus really a carpenter? 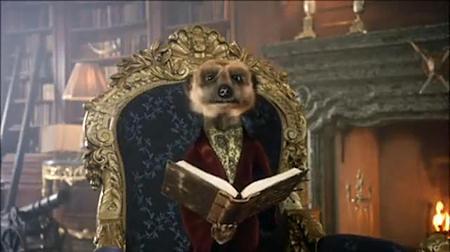 Aleksandr said it would be simples?

With that aforementioned date being mentioned in every second ad, we thought we best do you a solid and investigate the pros and cons of insuring your health and wellbeing.

We got on the blower to Laura from iSelect, a multi-channel comparison service, who talked us through the equally dull and important world of health insurance. “It can be very confusing and boring,” she says, “that’s why it’s great to use an expert’s help.”

What is it, exactly?

Private health insurance (which I’m gonna abbreviate to PHI cause it’s annoying to type over and over) can be split up into three areas:

And although their beloved Thylacine is well and truly extinct, it’s not all bad news for Tassie folk – y’all get ambo cover for free!

Okay. So you’ve now got a full-time job and/or you’re over 25, so you’re no longer eligible to be covered under your parents plan. You need to organise your own cover. Where should you start?

We know, growing up sucks a fair whack of arse.

Laura says that when you decide to get health cover, the best idea is to jump onto a comparison site like iSelect, or to give them a call to chat to an expert.

And no, Laura assures me that the operators do not get commission based on what insurance they recommend – that’s bollocks. All comparison sites have particular funds they partner with, but they’ll be upfront with who they’ve got on board.

You’ll be asked questions like how old you are, if you go to the gym a lot, if you wear glasses etc. “Based on the answers we can recommend a policy within a specified budget,” says Laura. “For example, if you’re into fitness, you might want your extras to be mainly physio.”

You can choose to just have ambulance cover, or just hospital or just extras – it’s up to you.

Speaking of prices. What can I expect to be paying for cover?

The price point of different funds varies pretty wildly, depending on what you want to be covered for.

“The most basic level of hospital cover is $60 a month,” says Laura. “For a more comprehensive cover, you could be looking at anything up to around $200 a month.”

How much do you pay for these services if you don’t have cover?

If you don’t have ambulance cover, and (god forbid) you’re involved in a bad car accident – you could pay thousands for the ride.

Let’s pretend you don’t have hospital cover, either. Since your injuries are life threatening, your surgery and stay at the hospital will be free. That’s the greatest part about this country’s superb public healthcare system.

But, let’s say you need a knee reconstruction, or other ‘elective’ surgeries (they’re considered elective if they’re non-life threatening), you’ll be put on a waiting list for surgery and won’t have a say on who your doc is. It’ll cost you cash dollars, too.

WTFs the deal with July 1st?

This is where it gets tricky, and a lil complicated. Hold tight.

In a nutshell, our brilliant public healthcare system exists because of tax dollars. So, in order to incentivise folks to get private health insurance and take a load off the public system, the gov’t introduced the Medicare Levy Surcharge (MLS) tax and Lifetime Health Cover (LHC) Loading.

Laura explains that if you’re earning over $90,000 (or $180,000 for couples and families) and don’t have private health insurance, you’ll have to pay the Medicare Levy Surcharge (which is a minimum of $900 tax… similar to how much PHI would cost you anyway).

See what they did there?! Ya may as well get it.

Further, apart from being the start of the new financial year, July 1st also represents the cut off date for peeps turning 31 to get hospital cover before being slapped with the LHC loading.

how i imagine that would feel to cop that sweet LHC

In simple terms? “A forty year old taking out private health insurance for the first time will have to pay 20 per cent more than someone who signed up before they turned 31,” says Laura.

Alright so I have decided to just get the damn insurance. Can I haggle to get a better deal?

“No, generally not,” says Laura. “At this time of year, though, there are certainly offers, like one month free, or a free pair of runners and things like that. Generally, it’s not as easy to haggle compared to things like home loans and interest rates. Though, if you’ve currently got a policy and you’re thinking of swapping, it’s worth asking for a better deal before you switch. There’s no harm in asking.”

“Lots of people leave getting private health insurance until June 30 (the last minute) – particularly young men. On the 28th, 29th and 30th we get super busy. So if you’re gonna take it out this year, don’t leave it until the last minute.”

You can compare all the policies at plenny of places – iSelect, Gov’t website Privatehealth.gov.au, Choosi, Compare The Market, USort and Canstar.