It’s 10:30AM and Dazza‘s on site, ready to unblock yet another bog-clogged dunny at the local high school. It’s been a tough morning.

The boss has been on his back about invoicing since he rocked up. He left his Oakleys at home and as such, is battling some unforgiving midmorning glare. The fact that he stayed up till 4am last night in a Rick & Morty k-hole is making today’s mise en scène all the more tragic.

Feeling the pinch, Daz lopes off to the local milkbar for a cheeky sausage roll and a thirst-quenching iced coffee.

But you know what could make Dazza’s day even shittier? If he knew how much sugar was in his udderly delicious refreshment.

A new study conducted by the Cancer Council‘s LiveLighter program has found that some flavoured milk contain more sugar than a can of Coke, or even more alarmingly, a generous fistful of Red Frogs.

They assessed 94 popular flavoured dairy milks from Victoria and Western Australia found some varieties were packing a whole lot more than a good dose of calcium.

“Given the size of some of the flavoured milk drinks sold in store, you could be consuming more than 9 teaspoons of added sugar in just one drink – that’s almost as much as a can of cola,” said LiveLighter Campaign Manager and registered dietitian Alison McAleese.

The worst offender was Ice Break 750ml Iced Coffee, with a whopping 9 teaspoons of added sugar per bottle.

For reference, 9 teaspoons of sugar is the equivalent of 22 of these little guys: 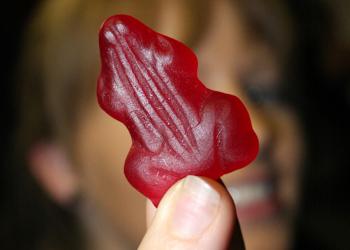 The World Health Organisation recommends no more than six teaspoons of added sugar in a day.

“You would never add nine teaspoons of sugar to milk yourself, so understanding the huge sugar content of these drinks should come as a wake-up call to consumers and help with changing habits,” McAleese said.

“For many workers and students, morning tea includes a stop at the nearest convenience store or servo for an iced coffee or chocolate milk.

“These drinks may seem like an easy go-to option, but we want people to realise they could easily be knocking back an entire day’s worth of sugar with just one drink.

Oomph. Right in the Big M.

Here’s the table of (admittedly delicious) offenders in full:

Sure, you might argue that milk provides some much needed nutrients, such as protein, calcium, zinc, vitamin A, vitamin D, iodine and vitamin B12.

But that’s regular milk, not the coloured, flavoured kind.

“Unfortunately, the two sugar groups are listed as one item on the nutrition panel, making it difficult to identify the natural sugars from the added sugars. 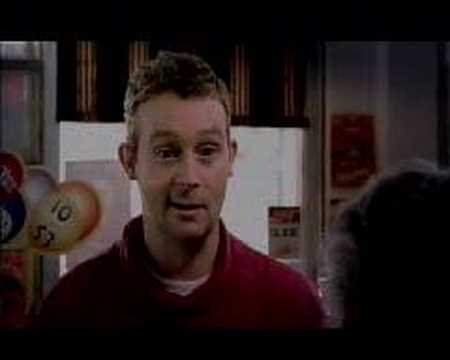 i know mate, we’re shooketh too

The best advice for folks like Dazza who want their tasty milks and wanna drink ’em, too?

“Consider adding a pinch of cinnamon, vanilla bean or nutmeg to plain milk for added flavour, or switch high sugar varieties with no or low sugar alternatives.”

We know, we know: full cream with a pinch of cinnamon sounds a lot like… malk. You could just have a flavoured milk every once in a while. Moderation, in the words of DJ Khaled, is major key.