PEDESTRIAN.TV has partnered with Sheridan to get you in the mood for summer.

We’ve all seen the news. It’s going to be another wet, sticky, ‘umid summer. La Niña is rearing its sopping head once again, threatening to quite literally rain all over our parade.

But alas, there’s no need to get down-and-out entirely. Despite some extra dampness, summer is still the best season there is. It simply stomps all over dreary winter, hay fever-inducing spring and bland autumn.

If you’re stuck in a sour mood, here’s a little reminder of all the good stuff on the horizon as things heat up.

If that’s not enough to get you pumped, boujee beach towel connoisseurs Sheridan will be popping up at beaches all over the country to give away free stuff all summer long. You can keep an eye out on their socials for exact dates and locations, but we do know for sure there’ll be pop-ups at iconique locations in Sydney, Melbourne, Gold Coast, Adelaide and Perth.

Sheridan’s been fanging for summer for a while — a few weeks back, they drifted a huge Sheridan beach towel down Sydney Harbour to get folks rocking and ready (and relaxed) for the greatest season of the year. 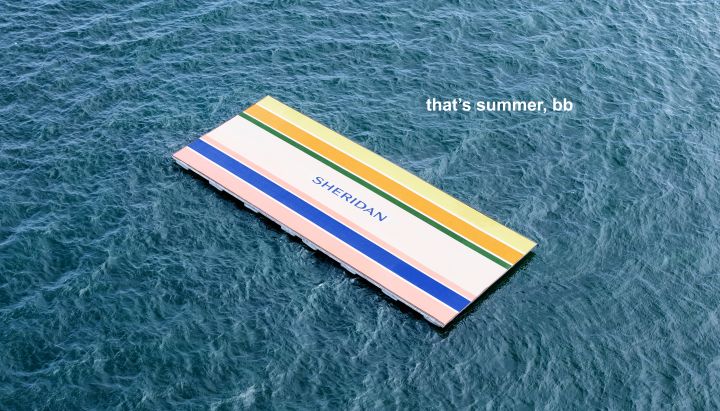 So, there you have it folks, there’s plenty of stuff to look forward to. There’s no need to be a complete debbie downer. Leave that to the token goth kid in the family who gets dragged to the beach with their family.