It might be the thick of summer, but Tkay Maidza has just blessed us with an absolute heater in the form of her newest single, Kim, and its absolute barn-burner of a video clip. I’m not shitting with you here mates, this is a red-hot banger, and it’s firmly lodged in my brain for the foreseeable future.

Coming off the back of her 2020 EP, Last Year Was Weird vol. 2, and a relocation to Los Angeles, Tkay has slammed into 2021 with the new track, including a feature from US rapper, Yung Baby Tate.

It’s hooky, catchy, and littered with trap beats and gritty synths, which is a surefire way to concoct an earworm of a track that’ll stick around in your noggin for a long while. Maybe the recipe for a burner so good it’ll be seared into minds well until Hottest 100 voting opens this year? Bloody hell, fingers crossed.

Not only is it an absolute heater of a song, the video clip is fucking inspired. As one can expect with a song called Kim, the video clip honours some of the most important Kims in popular culture: Lil’, Kardashian, Possible.

Look, just watch it. And then watch it again.

The absolute dedication to each look, I cannot.

If you’re still wrapping your head around what you’ve just seen and heard (I get it) here’s all the high-quality Kim nods Tkay gives in the clip.

You’ve got the lab from Kim Possible at the start, where Tkay is working away. Then you’ve got a Crush On You-era Lil’ Kim moment, in the red bikini with matching red fur coat, glasses, and wig. 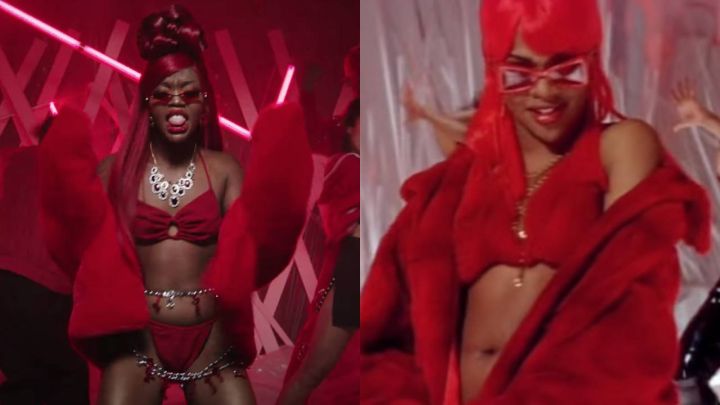 THEN there’s another Lil’ Kim nod in the next scene, throwing back to that purple outfit she stunned in at the MTV Music Awards in 1999. 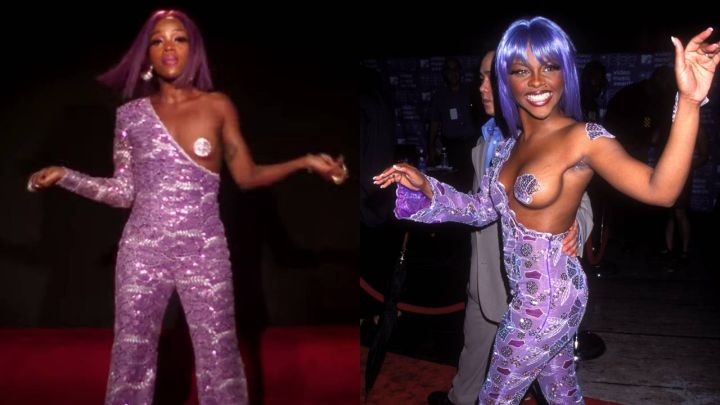 Tkay then dips into one you all should know – Kim Kardashian in the film clip for Kanye‘s Bound 2 AND Kim’s break-the-internet moment of 2014 when her cover shoot for PAPER Magazine went bullshit viral. You know the one. You KNOW you know the one. 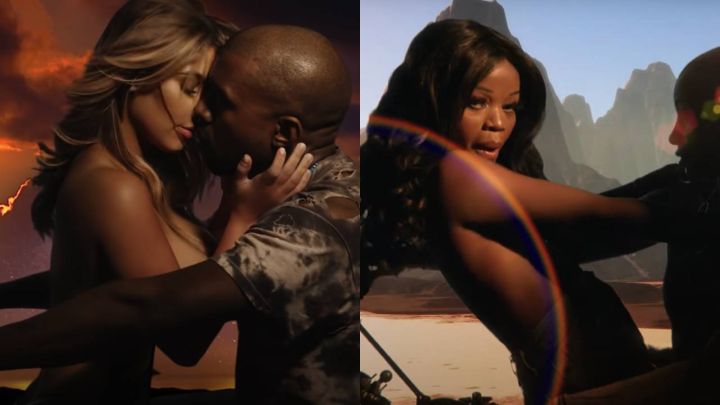 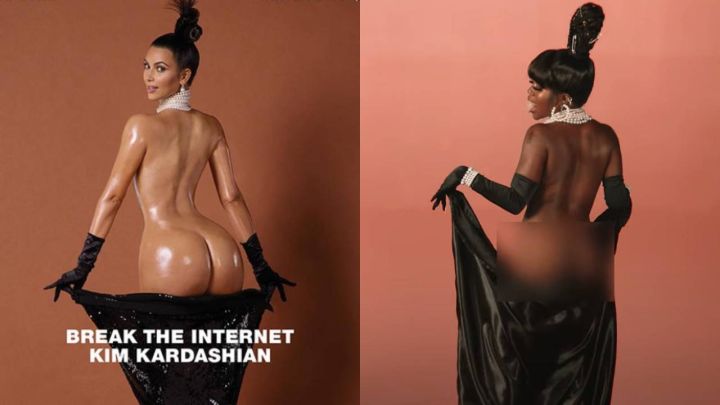 And THEN there’s a Kim Possible moment, where Tkay is Kim and Yung Baby Tate is her nemesis, Shego. Absolutely call me beep me if you wanna reach me energies on this. I love it.

Justice for Kimmoiye, I demand it.