If you like Mario Kart and Nickelodeon cartoons, prepare to shit inside of your pants, because an upcoming racing game is like the perfect fusion of both of them. It’s called Nickelodeon Kart Racers and it features characters from 12 of the network’s most iconic shows.

You can choose racers like SpongeBob or Patrick from SpongeBob SquarePants, Tommy, Angelica or Reptar from Rugrats, Arnold or Helga from Hey Arnold, or any of the Teenage Mutant Ninja Turtles gang. You’ll also be able to fang around 24 tracks inspired by the same shows.

We only know about the above four shows, but with eight more to be included, Nickelodeon Kart Racers is sure to cover a fairly wide gamut of content from the popular channel. 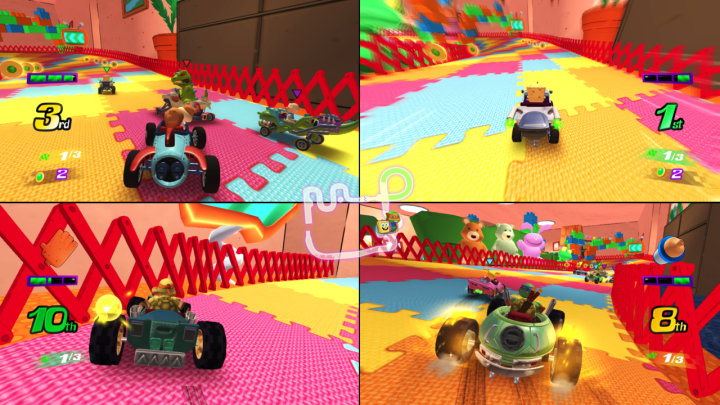 You’ll be able to play across different multiplayer modes, including a team-based co-op mode where you and a partner can synchronise and combine attacks, as well as a standard free-for-all racing mode. All of the karts are totally customisable and each track features power-ups similar to Mario Kart.

In other words, this game is essentially Mario Kart with a Nickelodeon skin and I’m incredibly fine with that. I’d also like to point to Nickelodeon Kart Racers as definitive proof that Tommy Pickles, although still an infant, is capable of operating an automobile so well, he doesn’t even need to use hands. 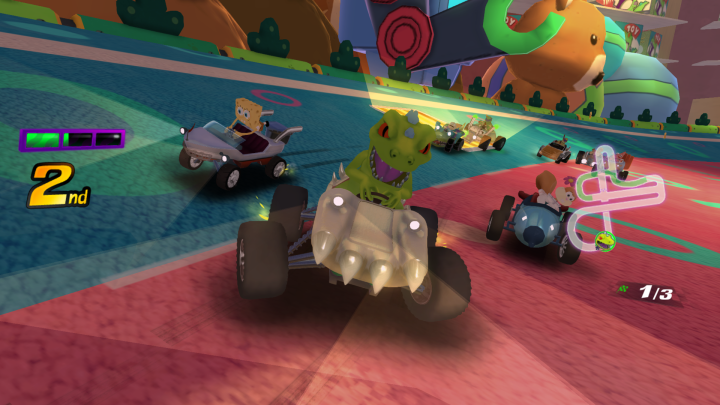 That’s an advanced baby right there, folks. Look at him go. Nickelodeon Kart Racers is due for release on the 23rd of October for PS4, Xbox Ones, and Nintendo Switch.