ALL ABOARD: A Game About Renovating Derelict Train Stations Is Coming

Have you ever looked at a derelict train station and thought, ‘well shit, I could make that sonofabitch sing again if I had the time and resources’? Yeah, me too, and by the looks of it, we’re not the only ones, folks. Sitting at the top of Steam‘s Popular Upcoming list at the time of writing is a little title called Train Station Renovation.

As the name suggests, Train Station Renovation gives you a number of dilapidated, soiled, and generally squalid train stations and tasks you with bringing them back to life. How? A long and comprehensive list of menial tasks, my friend. Such tasks include “replacing railroad ties by plucking weeds, replacing windows, filling in cavities in walls and doing interior renovations,” a description on the gameplay trailer reads.

You can check out the trailer for yourself below.

Would you have a bloody look at that, it does exactly what it says on the tin. After you’ve fixed up your railroad hellhole, you can even drive your trains. Unreal.

The top comment on the video also asks a valid question about a short part of the trailer around the 54-second mark.

Is… Is one of the tasks picking up dead bodies? 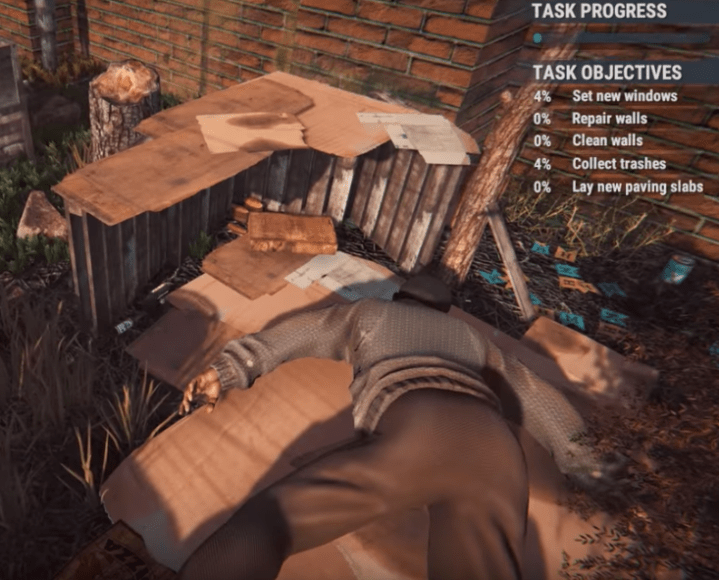 Jesus Christ, that got really grim all of a sudden.

“Train Station Renovation is a game in which you play the role of a self-proclaimed conservator of historic railway stations,” the Steam description reads. “Nice hobby, huh? You will have a chance to use a number of specialized tools such as your own hands, a brush and maybe a hammer?”

“You will have to do some hard work to obtain more of them. However, you can always find forgotten artifacts, which can sometimes be worth something.”

Interestingly, there’s no release date for Train Station Renovation yet, so I have no fucking clue when it’s coming out, but you can rest assured that when it does, it’ll really scratch that itch you have for giving love and care to an old transportation hub.

I, for one, simply can’t wait to get some pissy old trains back on the tracks.