Folks, I’m big bloody Legend of Zelda fanboy, so I like to think I at least know the best game in the series – Ocarina of Time – pretty fucking well, but I even I missed this sneaky Easter egg in the latest title, Breath of the Wild.

This little nod to the seven sages from OoT was spotted by Reddit user kamuilyn and can be found in the BotW DLC content, Trial of the Sword, so there might be some mild spoilers ahead if you haven’t gotten onto that one yet.

“Okay, so I just finished the Trial of the Sword and immediately noticed the 7 monks are representing the 7 Sages,” they posted in the BotW subreddit, referring to the nameless monks who are watching over the Master Sword in the Sword Monk’s Shrine.

Kamuilyn put together a handy comparison image of the Nintendo 64 sages and their BotW counterparts on the right which you can suss out below. From top to bottom, that’s Princess Zelda, Rauru, Darunia, Princess Ruto, Nabooru, Impa and Saria.

As you can see, each monk is pulling a different pose to represent one of the sages. It’s a pretty nifty little nod a classic Zelda game, but man, I totally missed it. Here’s what the entire room looks like in case you were wondering. 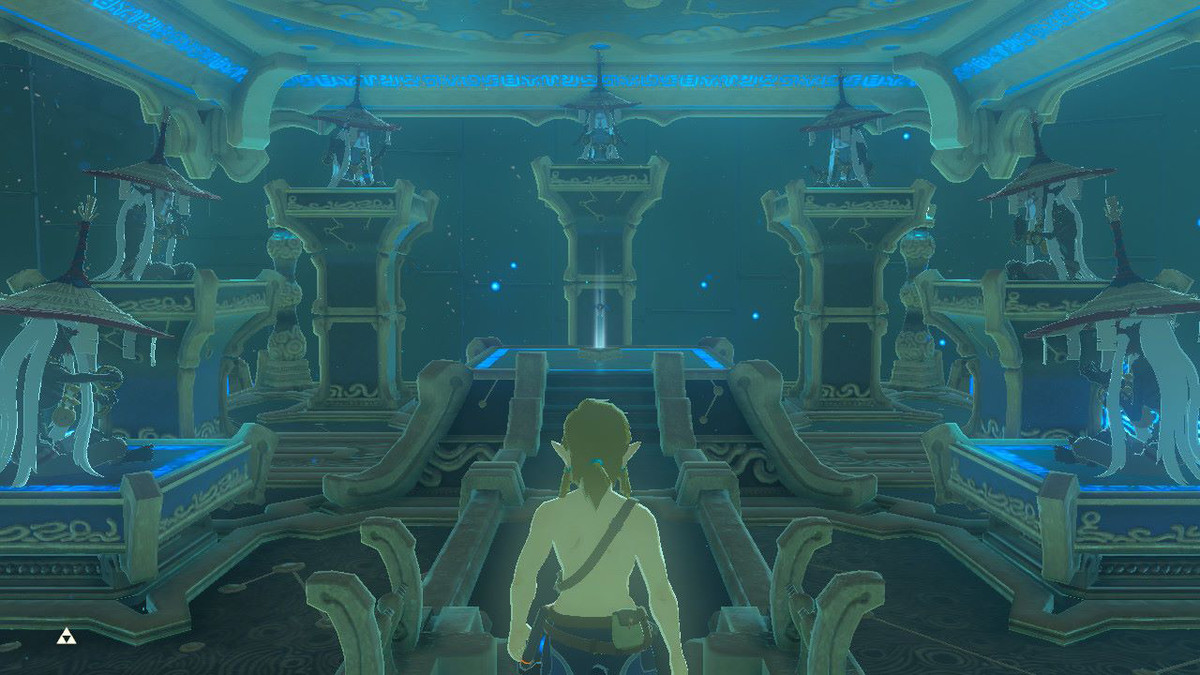 All this talk about Zelda has got me keen to get into BotW again, so that’s exactly what I’m gonna do tonight. If you haven’t played it yet, I highly encourage you to pick it up.