Remember Soulja Boy? He was the bloke who did that song, Crank That (Soulja Boy), which has the bit about Superman and “YOUUUUU” or whatever. Well, old mate is still making music, but interestingly, he’s also selling rebranded game consoles and handhelds named “SouljaGame“.

Soulja Boy, or DeAndre Cortez Way, tweeted a link to the console this morning, which looks a lot like an Xbox One S and features an almost direct copy of the PlayStation DualShock controller. The units come with more than 800 preinstalled games, AV and HDMI outputs, runs on the Linux 3.0 OS, and is apparently capable of displaying at 4K while including games from old consoles like the PS1, NES, GameBoy Advance, and more.

The funny thing is, he was immediately called out for simply rebranding an existing emulator console and handheld which is available elsewhere cheaper. Soulja Boy is flogging his units or US $149.99 (on sale from US $199.99) while Anbernic is selling the same console for around US $80.

The SouljaGame Handheld apparently packs over 3,000 preinstalled games and has the ability to download more. It has a 3-inch screen and claims it can run 3DS, Nintendo Switch, and PS Vita games, but most of the art used on promotional material is jacked from GameBoy Advance games. 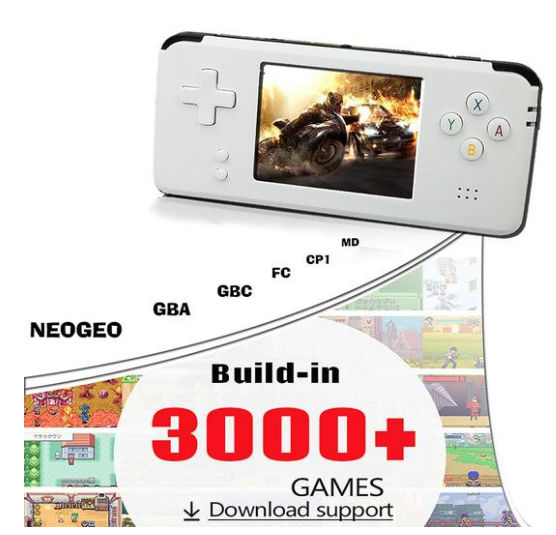 Wild stuff. Other pages use imagery from games like Tekken and Tomb Raider, but the consensus is he doesn’t have permission to use any of it. Old mate is selling his version of the handheld console for US $99.99 (also down from US $199.99), while Anbernic has it listed for around $60 on Amazon.

These aren’t the only ripoff goods Soulja Boy is selling, either. His online store, SouljaWatch.com, lists a bunch of cheap Apple products like iPads, Apple Watches, and AirPods, with the word Soulja in front of them. After a SouljaPad? only US $166, my good bitch. SouljaPods? A steal at only US $9.99.

READ MORE
When Will The New Xbox Be Released? Everything We Know So Far

Bizarre. If you want a SouljaGame brand console at an inflated price, I’d get in quick, because I’m sure a legal shitstorm is brewing as we speak.