An 82-year-old grandmother who creates YouTube videos around the popular Elder Scrolls game, Skyrim, will be immortalised in the series’ upcoming title, The Elder Scrolls 6.

Shirley Curry has a whopping 483,000 subscribers on her YouTube channel where she makes wholesome content loved by fans of the title. During a panel at PAX East, Bethesda released details about the technology being used to create TES6 and in turn, how Shirley is being put into the game.

Known as photogrammetry, real-world objects, scenery, or people are scanned and translated into highly detailed 3D renders, which is exactly what they’ll do to Grandma Shirley. It’s not known what kind of character she’ll be, but I’d wager she’ll be a pretty damn nice one. I mean, it would be weird if she was an enemy or something, you know?

Shirley shared the news via her own Twitter account, complete with a short conversation with Bethesda lead, Todd Howard and a flashy new shirt.

Well, since they made the announcement today about me, as a character in the next TES game …I can show my favorite thing I brought away with me!!! ???? pic.twitter.com/lIoEJ3tz83

Hell yeah, that is some wholesome content. If you wanna see more about how TES6 is being made, you can watch the whole video from Bethesda here. It’s still early days in terms of its development, but you can get a little taste of how Shirley might look in the game below. 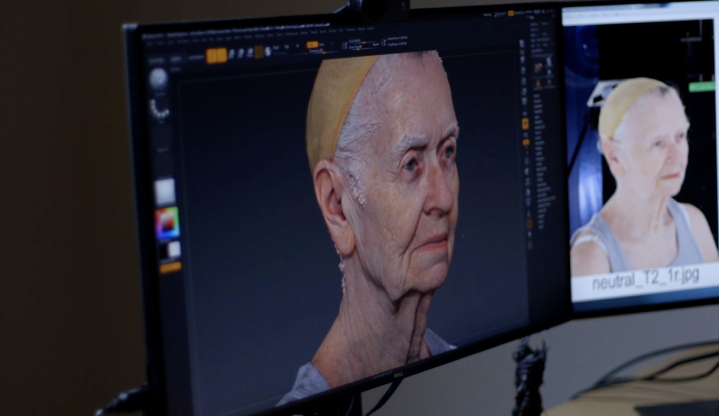 Badass. Announced at E3 2018, both TES6 and a new franchise called Starfield are in development with Bethesda. Little is known about either of them and the company has already said that nothing further on them will be revealed at this year’s E3.

I look forward to clearing out a cave of monsters for Grandma Shirley when TES6 finally does roll around.