In the most ambitious crossover since Avenger’s Infinity War, Sims is joining forces *wink* with Star Wars. The latest Sims 4 expansion pack called Journey to Batuu is based on the Disneyland theme park land called Star Wars: Galaxy’s Edge.

The game pack will be released on September 9 and judging by the trailer, it looks like it’s going to be hella fun. There’s even a cantina that you can hang out in with a droid DJ, of all things. With all these extras, I really hope that you will still be able to use the motherlode cheat.

However, this isn’t even close to being the weirdest thing to come out of the Sims expansion pack range. Some wild packs include: Sims 4: Vampires, to excite any Twilight fan and Sims 4: Strangerville, where you can uncover deep alien conspiracies.

There are also the mods… So, if you’re an avid Sim’s fan, you’ll know how truly fucked up these can be. A cannibalism mod, a male pregnancy mod and a twerking mod are just some of the mind-boggling mods that actually exist. 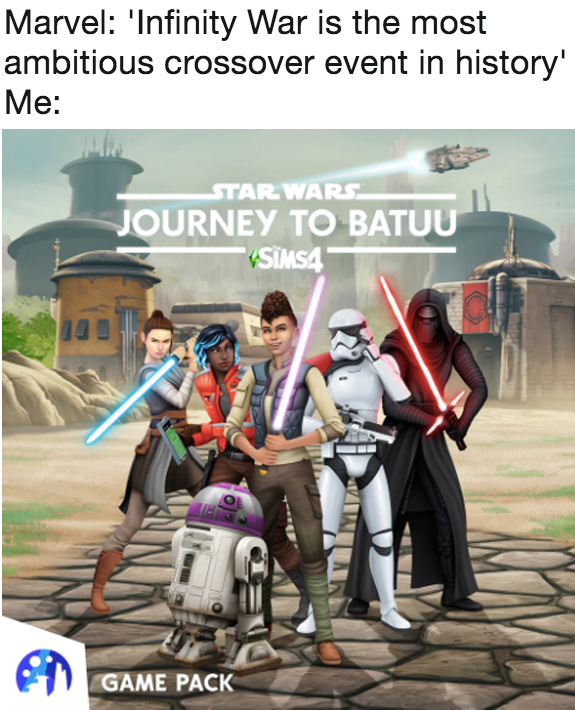 Another perk I know you’re all thinking, is that you’ll probably be able to “woohoo” with different characters from the Star Wars universe. Which is pretty cool, but also concerning when you think of all the cheese-dusty Star Wars fans that might get a bit too carried away.