Resident Evil 2 was actually my introduction to Capcom‘s long-running survival horror franchise, and in a lot of ways, still my favourite. It turned 20 years old back in January and like a lot of the games of that era, it hasn’t aged very well. Luckily for fans, it’s copping a very flashy remake and I got to give it a whirl ahead of its release in next year.

RE2 presents the classic zombie virus outbreak in Raccoon City through the eyes of a number of players as they piece together what happened or attempt to find their loved ones. The remake does the same thing, but as far as I can tell, it’s in a slightly different order here.

Starting my playthrough as Leon, the first thing I noticed is how much it feels like an incredibly polished version of Resident Evil 4 but set in the familiar surroundings of RE2’s Raccoon City. No more janky camera angles and pixelated character models; this is a proper third-person survival game for the modern era of gaming. It’s far from a new coat of paint, folks, this is a brand new fucking car.

Unfortunately, I didn’t get to see any of the iconic Raccoon City Police Department, as I was thrown into the fray closer to the end of the game. It’s been a very long time since I played the OG RE2, but it’s pretty clear that sections of the game have been changed, and it’s definitely for the better. On top of obvious level design changes, new gameplay elements have been added, like Ada Wong‘s fancy device for activating electrical boxes in the walls, as well as other bits and pieces. 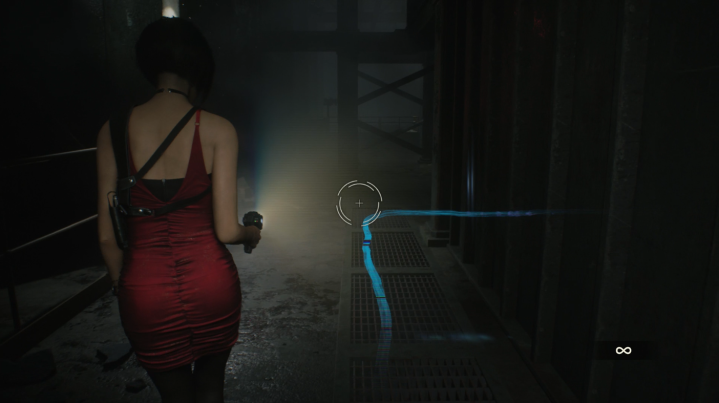 Unlike RE4, RE2 leans heavily on puzzles and resource management. This is still the case in the remake, and it’s just as challenging as it was 20 years ago. Putting down a zombie is gonna take more than a few shots and even then, there’s no guarantee it’ll stay down. Picking your shots is crucial and missing one honestly feels devastating. Could that last bullet have been the one to get this asshole out of my face for good? You’ll never know. 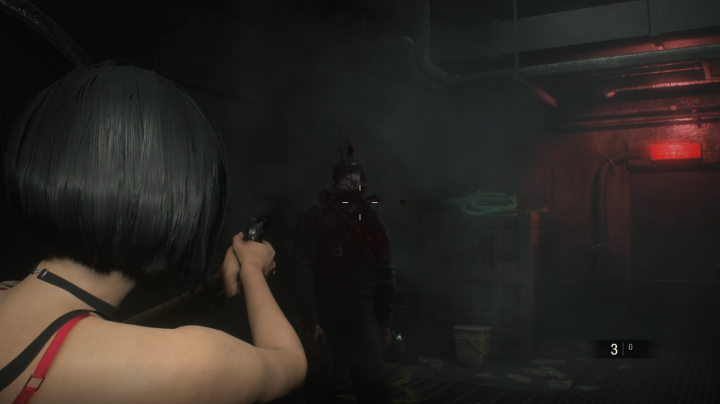 The puzzles seem to be a pretty similar format to how they always were; find some stuff, see where it fits, and figure out the correct order it’s all meant to be in. It’s not as mundane as it sounds, though, because solving a puzzle actually feels rewarding, especially if you’ve got zombies on your ass the entire time.

However, being forced to backtrack because you’re missing a piece to the puzzle you’re desperately trying to solve is still a burning frustration, but almost feels necessary in order to keep the remake as challenging as the original. It’s not a dealbreaker by any means, it’s just a harsh reminder of how tricky some of these puzzles were and continue to be two decades later, changed just enough to have you questioning your own memory. 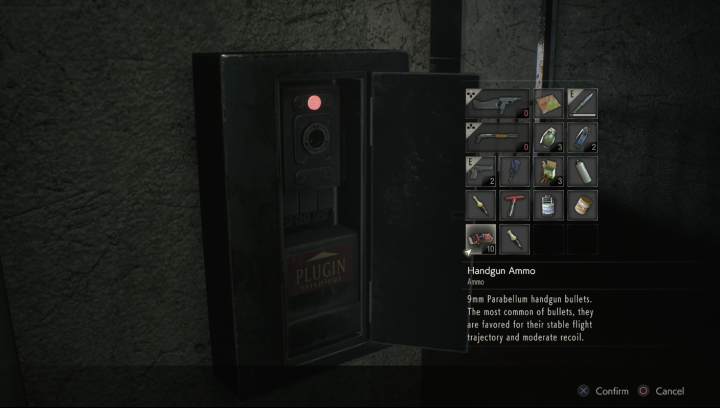 This reimagined RE2 really conveys that same feeling of desperation the original did so well, where every bullet, every green herb, and every saved game matters so much you almost let out a sigh of relief when you come across any one of them. It’s something Capcom has always done with the Resident Evil franchise, but none seem as punishing as RE2, so I’m stoked the team has managed to maintain the vibe.

On top of the very obvious nostalgia, the introduction of new elements gives it that modern edge we’ve come to expect from games today. From what I’ve played so far, the RE2 remake has struck the perfect balance between fond memories and new ground. I can’t wait to play more.