Puzzle Games: 7 Of The Best Mind-Bending Titles To Flex Your Brain With

Good puzzle games can be an incredibly fun and relaxing way to kill time, providing they’re not difficult to the point of being absolutely infuriating. Sure, you’ve probably got Candy Crush sitting on your phone, but there are so many better games out there, folks.

Here are seven of the best brain-busting puzzle games you can get your hands on right now.

The Portal series is one of the most fun and innovative puzzle games of all time. Armed with only a gun which shoots portals, you need to complete a series of “tests” thrust upon you by a smartass AI named GLaDOS.

Each puzzle you solve will flick a euphoric switch in the region of your brain responsible for that feeling of ‘gah, of course!’ There’s also a great story to be had throughout both titles, making it so much more than a collection of puzzles.

From the creator of Braid, The Witness combines a beautiful world with a plethora of puzzles, some of which will have you scratching your head for hours.

Each section of its lush world follows a different theme with puzzles that get progressively harder. For example, one area’s puzzle boards might be subtlely asking you to replicate the environment around you, while others demand you view things from an angle you never considered in order to find the solution.

You can get The Witness on Steam or Good Old Games for PC, but it’s also available on just about everything else, including iOS and Android devices. Scoring 87 on Metacritic, it’s considered one of the best modern puzzle games.

The concept of 2048 is simple yet crushingly addictive: push numbered tiles together to double their value with the goal of reaching 2048. That’s it. 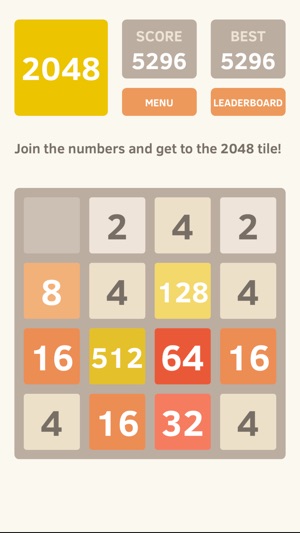 You can play it here right now if you’re keen, but there’s also an app for iOS and Android devices.

Peggle is a delightfully cute game about shooting balls at pegs to light them up and shit. It was first released back in 2007, so I’d be lying if I said it wasn’t a little dated, but you can still grab it on Steam if you’re keen to play on PC.

You’ll play as 10 different Peggle Masters, each with their own unique powerups, like double balls, accurate aim, explosive balls, and more.

You can also get Peggle on your phone, be it iOS or Android. And yes, I know there’s a Peggle 2, but you just can’t beat the OG in my opinion.

A beautiful game featuring mindbending puzzles and an interesting story which centres around artificial intelligence and what it means to be alive.

It has elements or Portal and The Witness and will certainly test out the old noggin in some places. It also has multiple endings based on the choices you make throughout, so there’s a bit to go back and play again if you’re keen on that.

You can play The Talos Principle on PC, PS4, Xbox One, Android, and iOS.

If we’re talking about great puzzle games, you can’t go past the classic Tetris. Of course, it’s been around since the 90s, but that doesn’t mean you can’t find it today. There are so many different iterations of the game on just about every platform available, but the latest is PSVR‘s Tetris Effect, which is an absolute vibe of a time.

Check out the trailer for it below.

If you’re after some classic Tetris, however, literally just search for it anywhere. You’ll find it.

A visually breathtaking puzzle game I honestly can’t recommend enough. It’s not all that difficult, but it’s so beautifully designed in every aspect that it simply demands to be played. Not only are the wild optical illusions incredibly cool, but it features one of the best video game soundtracks I’ve ever heard.

You can get Monument Valley and its sequel on iOS or Android devices.

There you have it, folks, seven puzzle games that’ll absolutely put your grey matter to the test.