If you’re in the mood for a bit of nostalgia, a new website has popped up which lets you load and explore classic maps from a variety of old games such as The Legend of Zelda: Ocarina of Time, Super Mario 64, Tony Hawk’s Pro Skater, and more.

While the vast majority of these maps are from first-party Nintendo titles, there are a couple of outliers, like Dark Souls and the aforementioned THPS. The site lets you look around the maps by holding left click on your mouse and moving it around, and you can change positions (at great speed) with the W, A, S, and D keys on your keyboard.

It’s a great way to kill ten minutes and will no doubt leave you wanting to actually play the classic Nintendo games instead of just lurching around in their empty shells. For the most part, things look true to their in-game counterparts, save for a few details that render a little weird, like this Kokiri Forest doorway that looks like a butthole. 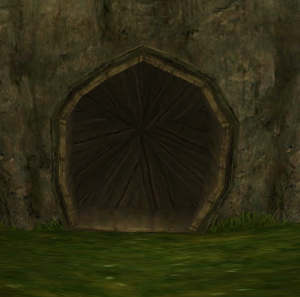 Each game has a list of sub-selections which correspond with different stages/levels/areas, etc, so you can even pick your favourite Zelda dungeon and have a little squiz inside.

There’s even a heap of extra options, like being able to view individual textures, toggle different movement options, change rendering options, and so on. None of them are particularly useful, but if you’re into the techy side of video games, it’s pretty interesting to see.

You can give the Noclip site a red hot go for yourself right here if you’re keen. Enjoy.