Roughly 24 hours after Bethesda teased some new Fallout content, the company dropped a trailer for Fallout 76, a survival RPG similar to games like Rust and DayZ. At least that’s what everyone’s saying, the trailer itself doesn’t let on too much.

Until we know more from the company’s pre-E3 briefing in a couple of weeks, we at least know what the 76 in Fallout 76 is referencing. Yep, it’s the number of a vault and as IGN point out, it’s a vault we’ve heard quite a bit about before.

In fact, Vault 76 even has a connection to the very first Fallout game, but was more recently listed on a Vault-Tec computer terminal in Fallout 3, as well as discussed in a news announcement during the intro to Fallout 4. Fallout 3’s add-on content, Mothership Zeta, also mentions Vault 76 in an audio log. So what makes it so damn special? 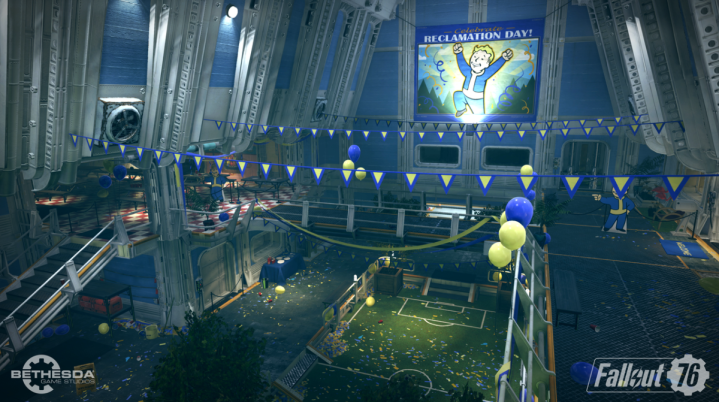 Well, the vault was opened in 2076 to celebrate the 300th birthday of the United States and according to the Citadel computer in Fallout 3, it was meant to be a “control” vault containing 500 people. Taking you back to year 10 science for a moment, a control is an unchanged variable against which scientific results are compared, meaning the majority of vaults in the Fallout universe were running all manner of scientific experiments on its inhabitants. According to canon, there were 17 control vaults in the Fallout universe.

Vault 76 was scheduled to automatically open 20 years after it closed, so the year 2097. However, the Pip-Boy in the latest trailer shows the date October 27, 2102, which is five years after that scheduled date. This sets the game 25 years after the Great War (October 23, 2077), making it the earliest setting for a Fallout game by almost 60 years. 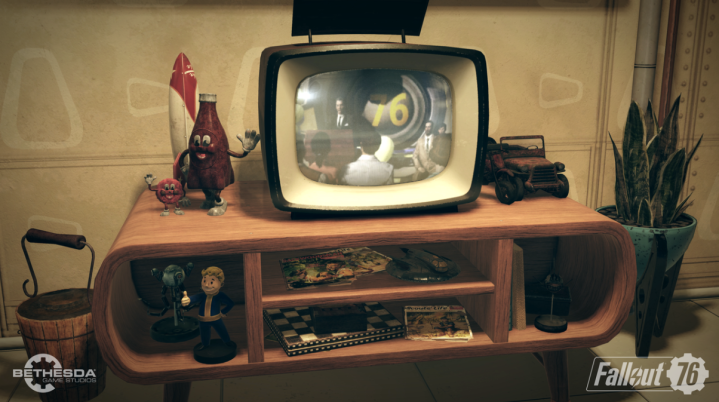 Evidence from those previously mentioned Vault-Tec entires also hint at the game being set in the “DC Area”. It’s unclear how much the game’s world could potentially overlap with Fallout 3’s, but it’s likely referencing the wider DC area, which makes more sense when combined with the trailer’s soundtrack of John Denver’s ‘Take Me Home, Country Roads‘. You can check it out below.

I can’t wait to see some gameplay footage of the title and how the mechanics will work, particularly with people drawing likeness to Rust and DayZ. Will it be a permadeath nightmare? Will there be tons of naked people running around like maniacs? We’ll just have to wait and see.