A little while back we dug into the archives to pull a wall-to-wall, totally definitive ranking of all the maze obstacles from the endlessly cool mid-90s kids game show A*Mazing.

You know the one; the wild and insane-looking set maze that Channel Seven funneled children through to be lured into its merciless clutches while James Sherry hooted and hollered from the sidelines. To the victors? Game Boys. The losers? Death, presumably.

But the maze wasn’t the be-all end-all of the show. The show’s *OTHER* signature – it really was a perfect programme – saw kids battle it out head-to-head in what was, at the time, some of the world’s first broadcasted video game showdowns.

Anchored around Nintendo consoles, the show’s fifth round pitted the two schools against each other in a battle of button-mashing goodness.

And, like the maze, A*Mazing featured a litany of games that ranged from the truly sublime to the screen-punchingly shithouse.

For your reading pleasure, we present this, a Definitive Ranking™ of each and every single game featured during A*Mazing‘s amazing run from 1994 until 1998.

Get ready to rage before my utterly baffling and totally arbitrary rankings, mates.

The worst of the worst. More infuriating than a kid refusing to check the back of the cactus. Of all the game competitions they could’ve funnelled children through, somehow “who can murder the most insects” got the most disproportionate amount of air time. Advertisers should’ve asked Seven for refunds when their ads ran during episodes this “game” was featured in. Fuck right the hell off, you buggy bitch.

A game so unfathomably awful that it doesn’t even have its own Wikipedia page. No please.

Boy oh boy, did A*Mazing ever love itself a ho-hum racing game. With limited multiplayer options being available to them – and censorship nerds being petty about primary school kids murdering each other on GoldenEye 64 at 4:30pm – the show ran through a gamut of shithouse racing games. And none were more ho-hum than Multi-Racing Championship: a wholly boring game named by picking three common title words out of a big bowl of piss.

Taking the character of Pac-Man, literally nothing else about that game, and throwing it into a malfunctioning Xerox with a copy of Tetris before kicking the whole thing down four flights of stairs, Pac-Attack is the answer to the question “What if bricks, but too much?” 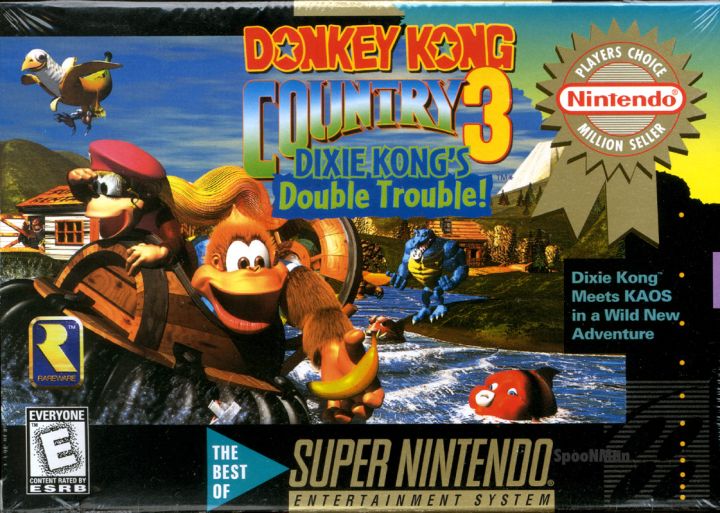 Criminally low on this list? Perhaps. But consider this: Kiddy Kong sucks an incredible amount of ass. A truly awful ape.

Ahh yes. The game that tried to spice up the standard racing sim by replicating the exciting gridlocked streets and fucked up hills of San Francisco; a city where you’re more likely to hit a homeless person than top speed. So shit it’s a shock that schools didn’t forfeit a maze run in protest. No one needs a Game Boy *that* bad.

That prick of an umpire Mario never once called a foot fault. Boring as hell to watch.

The only logical reason to put a game with a title like this into a show that focused so heavily on good spelling is to teach children that nothing they’ll ever do will actually matter and that the only currency the world recognises is cruelty.

Places higher than Cruis’n World purely because there’s a machine of it at the convenience store across the road from my house that, despite being outside exposed to the elements for years on end, still works perfectly. That thing’ll outlast the apocalypse.

Fine at the time, until you all realised that Mario was actually punching Yoshi in the back of the head, meaning by extension that Seven producers were making primary school kids abuse a disgusting egg lizard on national television. 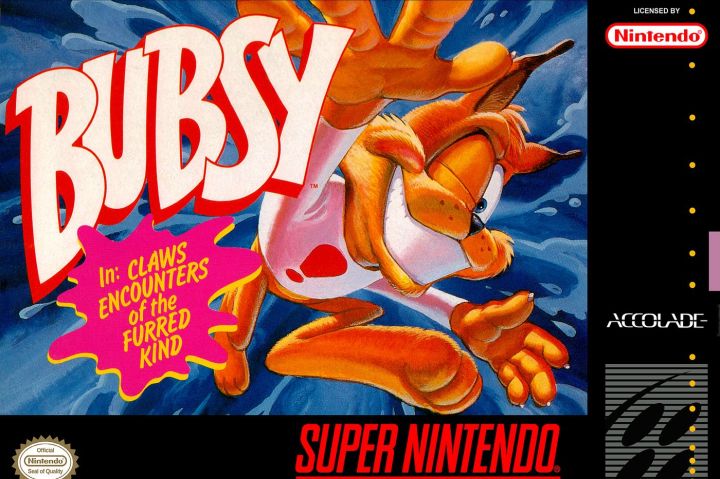 A cool-ass cat creature who wore dope sweaters and had a thirst for wool. Way better than the show ever allowed it to be, thanks to the entirely weird multiplayer mechanic of “who got more wool balls” that the producers slapped onto it. More like a bridge too short, indeed.

Inferior in every conceivable metric to rival game and its clear better, Cool Boarders. I refuse to be @’d about this.

Incredibly good addition to the series that provided a vessel for Conker, the openly-pissing alcoholic sex fiend, to be unwittingly included in a piece of Australian television carrying a G rating. That owns.

The first Mario foray into 3D (and thus the first to fully display Mario’s plump and shapely ass) struggled to translate to a multiplayer setting on A*Mazing because there was no measurable stat in the game able to be gleaned in under 60 seconds other than “uh… coins?“

Hey kids! You know what’s fun? GEOMETRY. An olde time gem spun and re-spun over decades, slapped down in front of show contestants to prepare them for future careers like “shelf stacker,” “block dropper,” or “screen smasher.” A true classic battle of points vs points.

Game mechanics and presentation on the show aside, the great philosophical raised by the Donkey Kong Country 2 – and also by A*Mazing as a whole – is thus: Because Diddy Kong and Dixie Kong are shown a couple, does that mean they fuck between the levels?

Do the horrible chimppes indeed fuck, ladies and gentlemen?

My hot take? They do. On the world select screens when you make them walk between levels, that’s them fuckin’. Relentlessly. Disgusting ape fuckery.

A fire-breathing oligarch attempts to defend his otherwise peaceful kingdom from a murderous overweight plumber high off his gourd on mushrooms who loathes animals and is hell bent on getting to the one human female in the land because he feels entitled to kiss her. Seems like a sane and normal thing to make children play on afternoon television.

Awww shit. Mother. Flippin’. JET SKIS. Wave Race 64 owns so hard on so many levels that it’s hard to fathom why a couple of keyboard rounds weren’t abandoned entirely to dedicate more time to it. A kick-ass game that was, more importantly, relatable to Australians as water-loving legends. Top bloody gear.

Aside from being a brilliant racer and an exemplary multi-player, its inclusion in A*Mazing is notable for the one episode where some punk kid hit the incredibly easy shortcut on Koopa Troopa Beach, causing James Sherry to come within a hair’s breath of an on-air aneurysm.

It’s also notable for this extremely un-verified entry on the A*Mazing Wikipedia page, which is definitely a record kept in the vaults of Channel Seven and not at all something Adam Sheehan from Payne State School edited in himself 15 years after the fact as a means of clinging on to his one pathetic childhood achievement.

Now we’re bloody well talking. Here’s a game with some goddamned respectability. No gimmicks. No tricks. No ulterior mechanics slap-dashed together by producers. Just pure racing, one-on-one. The perfect use of competitive multiplayer video gaming, and the best appearance of a British person, on Australian TV in the 90s. Beautiful stuff.

Not just a great game all around, but a glorious exercise in mercilessly rinsing young children on national TV by throwing them into the dreaded Mine Cart level and broadcasting their repeated failures. The level takes 30-odd minutes to memorise and master, but you’ve got 60 seconds. Good luck, asshole.

The creme de la creme. The piece of resistance. The big swinging dick of A*Mazing‘s catalogue of video games. This thing ruined enough regular friendships back in the day. Can you even imagine what it did to two kids on opposing teams? There are adult rivalries, maintained to this day, that were forged by a well-timed drop of a banana peel on Rainbow Road.

Its legacy, like that of A*Mazing, is truly great. And if by some miracle the show were to ever return to the air, any version of it that didn’t feature both the SNES and Super Mario Kart would be cause for a riot on Channel Seven HQ.

Bring it back. Let adults run the course. Slap a MA rating on it and let them shit talk like braying 13-year-olds playing Halo.

That there? That’s a license to print money.