‘CS:GO’ Battle Royale May Be Small, But It Shits All Over ‘Fortnite’

It seems that 2018 has been the year of battle royale, folks, so it was only a matter of time until popular esports title, CS:GO, dropped its own take on the genre called. While Danger Zone is nowhere near as big as what its competitors offer, it’s a fun, fast-paced change from the norm.

Unlike Fortnite, PlayerUnknown’s Battlegrounds, or Black Ops 4, all of which throw between 80 and 100 players into a gradually shrinking play area, Danger Zone opts for a much smaller 16 – 18 players depending on whether you’re playing solo, or in duos or trios. While that might sound like a disadvantage, it actually works out better in the greater context of CS:GO gameplay.

Obviously, this means the map itself, Black Site, is much smaller, but still feels large enough to accommodate players without feeling cramped. It also facilitates the gunplay of CS:GO extremely well, and to be honest, that’s the most important aspect of CS. You simply couldn’t offer the expansive maps of a game like PUBG without fundamentally changing how the weapons in CS work and let’s face it, Valve was never going to do that.

Each match starts with the map on the screen, allowing you to choose the location you’d like to start in. Everyone has 30 seconds to pick a spot and you’ll be able to see where everyone else is going, which presents some interesting tactical decisions. Do you go to your favourite spot, or do you wait and see where everyone else goes so you can choose somewhere quiet? After a little while, the map will begin to shrink, but not in a circle, it’s more of a, uh, unpredictable goo-like oozing. 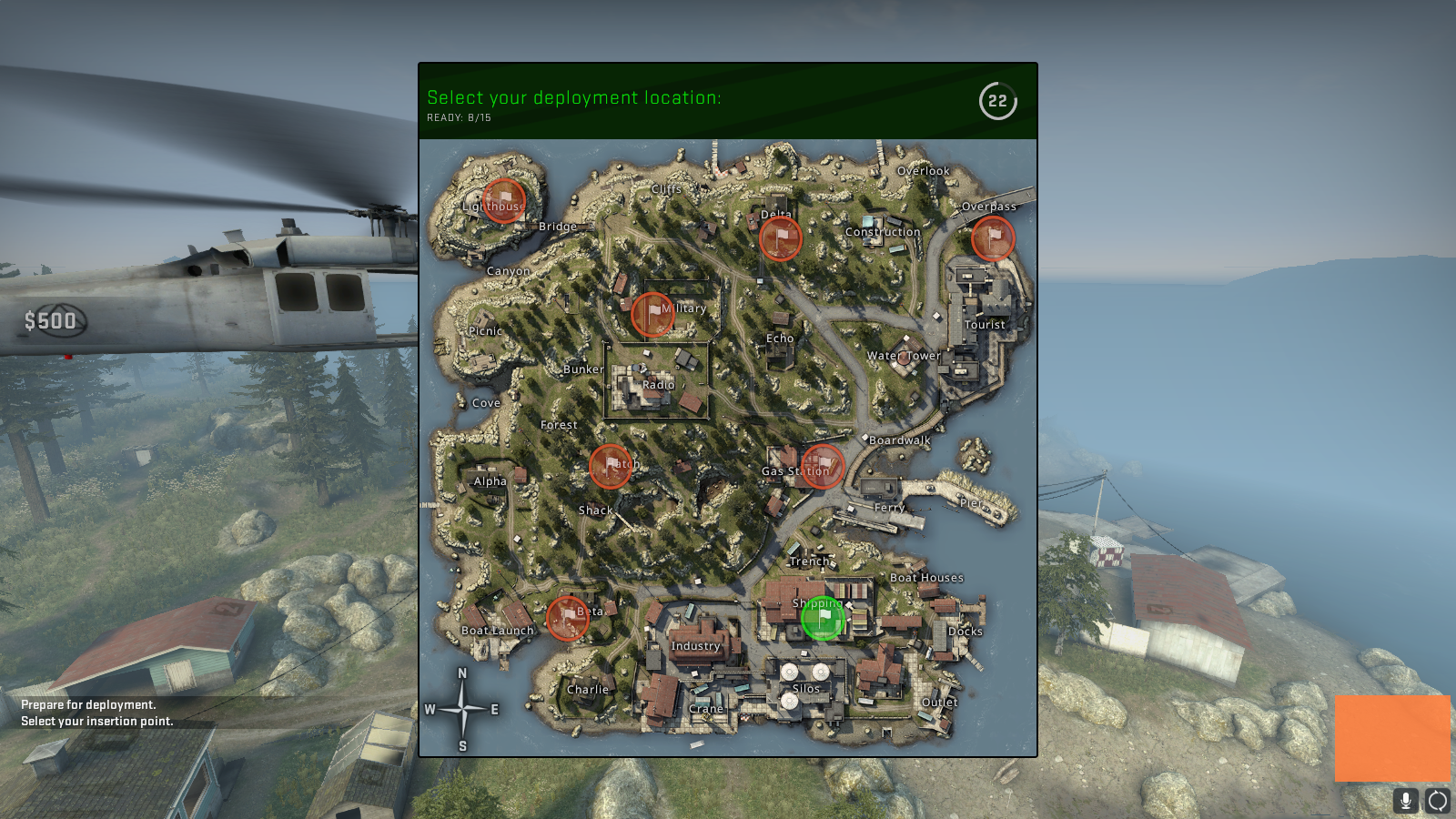 Acquiring weapons is also quite different when it comes to Danger Zone. While stuff is still hanging around on the ground ready to pick up, each player also carries a tablet which allows you to purchase weapons and utilities which are delivered by drones, kinda like a really violent Amazon. Money slowly increases as the match progresses, but can also be found on the ground, in duffle bags, and in safes, which can be blown up if you have explosives.

The tablet also serves as a map, which is split up into quadrants. If an enemy is in a quadrant, it’ll light up yellow, so you always have a general idea of where everyone is. While you might think this is a bad thing, it actually works out for the better. The quadrant is big enough for your exact location to remain a mystery, it keeps rounds short, and allows you to base your movements on strategic outcomes. Do you need to go somewhere quiet to loot more or order supplies, or do you wanna run straight into the battle? 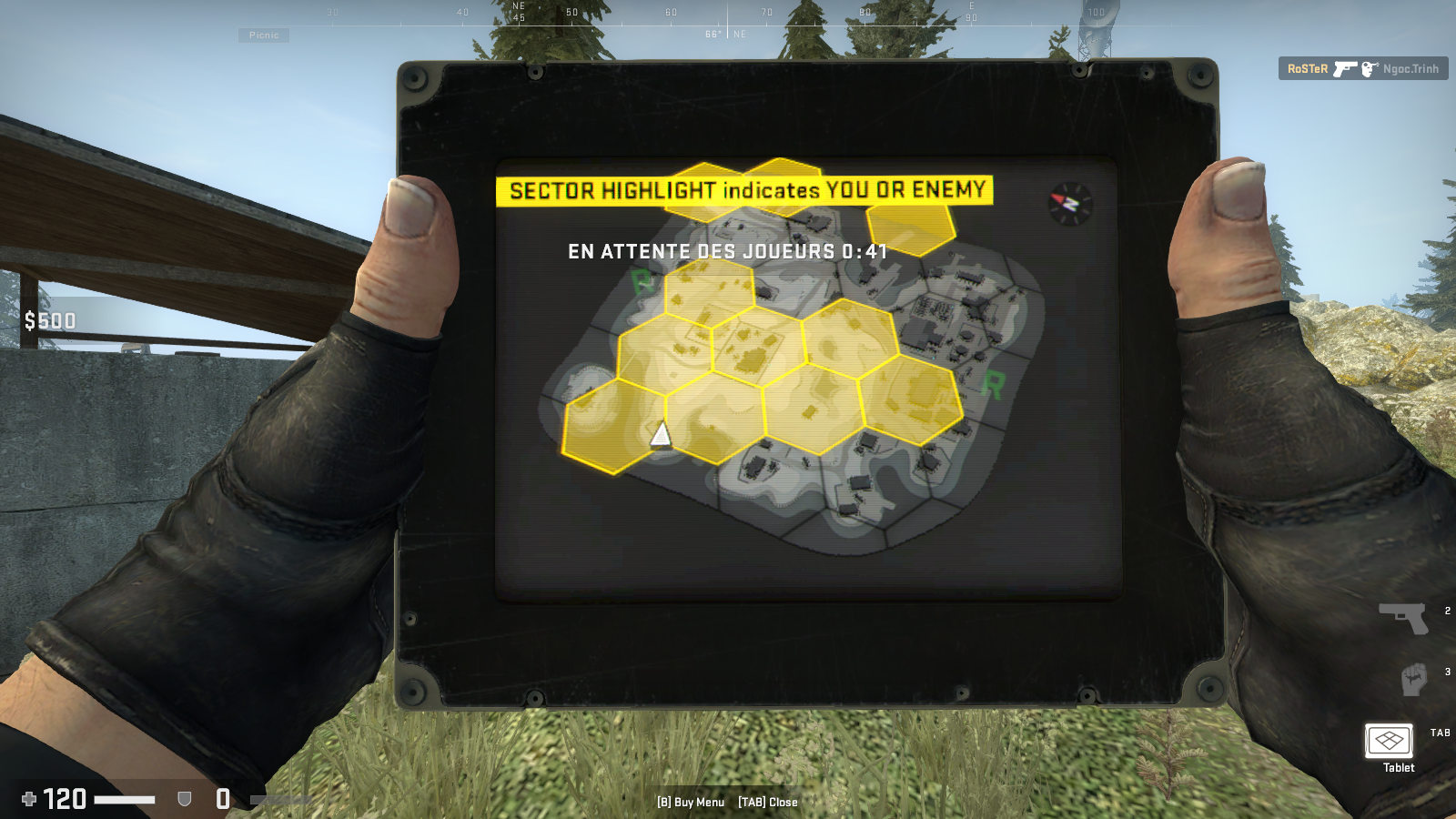 Most of the loose weapons will be pistols, but boxes of utilities will also be lying around, the contents of which can be identified by the colour of the box. Yellow, for example, means there’s some kind of explosive within, whether it’s a remote bomb, grenade, or timed bomb, which can be planted anywhere on the map. And then there are bigger red boxes which contain primary weapons, but can only be opened if you have a knife or some other utility. But like the rest of CS:GO, there are a lot of intricacies which come into play when looting or buying.

Firstly, ordering something comes with the possibility of giving away your position because of the drone coming to drop your shit off. Not only that, you need to wait about 20 seconds for the drone to get to you, so being somewhere safe is paramount. There are so many strategic facets to each decision you make, and that alone makes Danger Zone fee uniquely Counter-Strike.

Ammo is scarce in Danger Zone, so much so, an ammo crate will only ever have around 15 bullets in it, which, in a lot of cases, isn’t even a full clip. It forces you to really think about your engagements and whether you have enough resources to take down an enemy. There are so many things to consider at each stage of the match and I absolutely love that.

The learning curve is a little more aggressive than your garden variety battle royale, but that’s what makes it feel unique and to be honest, more interesting than others. Matches take half the time of say, a PUBG match, by virtue of a smaller map and fewer players, which not only makes dying feel like less of a frustration, it makes it more tempting to jump straight into another round straight away.

If you’re keen on some CS:GO battle royale, good news, the whole game is now free to play. You can download it right now on Steam. If you want my opinion, it shits all over Fortnite.