Nintendo announced a whole bunch of very awesome stuff during its Nintendo Direct presentation today, including a new Super Smash Bros. game for the Switch and a port of the Crash Bandicoot N.Sane Trilogy.

Let’s dive straight in to everything they covered, shall we?

Frankly, I’m still piss-pantsing myself over this information. You can read more about it at the link below.

This one does pretty much what it says on the tin – tennis with Nintendo characters. It’s coming out on June 22 and will support local multiplayer with up to four players, as well as online multiplayer.

Nintendo said they’ll also be hosting online events and tournaments, which is pretty sweet if you ask me.

The new Kirby game is coming soon, folks, and it looks hella good.

When I say soon, I mean March 16, so yeah, pretty soon. We got another look at the title which you can check out in the video above. It’s not really anything new, but more of a reminder, I guess.

A whole bunch of awesome third-party Switch ports were announced in the presentation, as well, the most exciting of which is obviously Crash Bandicoot, but there’s some more great titles in there as well.

As well as a few new Nintendo 3DS titles, a few of the handheld’s games are now coming on over to the Switch, including 2012’s Dillon’s Dead-Heart Breakers, in which you play an armadillo. Mad.

The 3DS will also cop Warioware Gold, which boasts hundreds of mini games, Sushi Striker: The Way of Sushido (also coming to Switch on June 8), and something called Mario & Luigi: Bowser’s Inside Story, which is coming in 2019 and looks pretty fun. 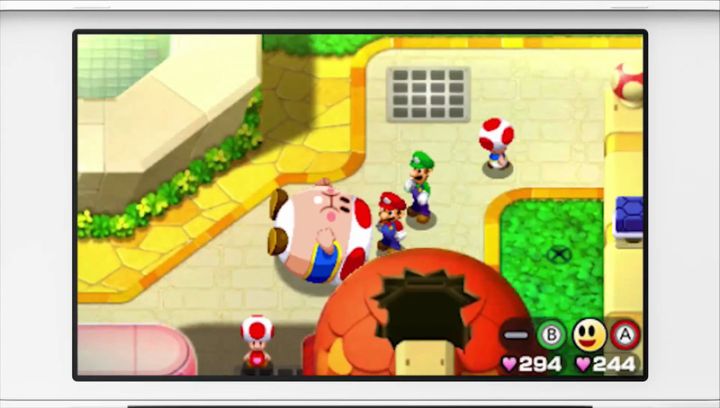 Lastly, Gamecube title Luigi’s Mansion is being remastered for the platform.

Launching on March 23, you can now pre-order the baffling upcoming 3DS title, Detective Pikachu, in which the small yellow rat speaks like an adult human.

It’s a weird concept and I refuse to understand it.

Some old Nintendo games are heading on over from the Wii U. They are:

Along with all of the meaty stuff above, Nintendo also announced some DLC story mode content for Splatoon 2, a Dark Souls Remastered Amiibo, some gameplay footage for Travis Strikes Again: No More Heroes, and two other new games, which are listed below.

There you have it, friends. It’s gonna be another big year for Nintendo. You can watch the company’s entire presentation below.