12 Facts You Didn’t Know About Spyro, The Fiery Bastard That Loves To Skate

The Spyro Reignited Trilogy is almost here, folks, and after having had the opportunity to play it a couple of times, I can tell you it rules incredibly hard. Not only is it true to the original trilogy we all loved, it’s been given a gorgeous graphical upgrade that looks incredible.

To get you all fired up for the remaster, our pals at Activision have given us 12 interesting facts you might not know about the games, so buckle up, some of them are pretty wild.

Pete the Dragon doesn’t really have the same ring to it, does it? Good move changing this one, I reckon.

He turns 20 this year

Well, maybe not Spyro himself, but the first game debuted on the original PlayStation console in September 1998 for North America, October 1998 for Europe, November 1998 for Australia, making it one of the many classic games that turn 20 this year.

He was supposed to be green

A green dragon is pretty boring if you ask me, but that wasn’t even the reason they changed him. The team was actually worried about a green dragon blending into the green grass of his world, which is probably a fair concern. Instead, they went with Spyro’s iconic purple colour. 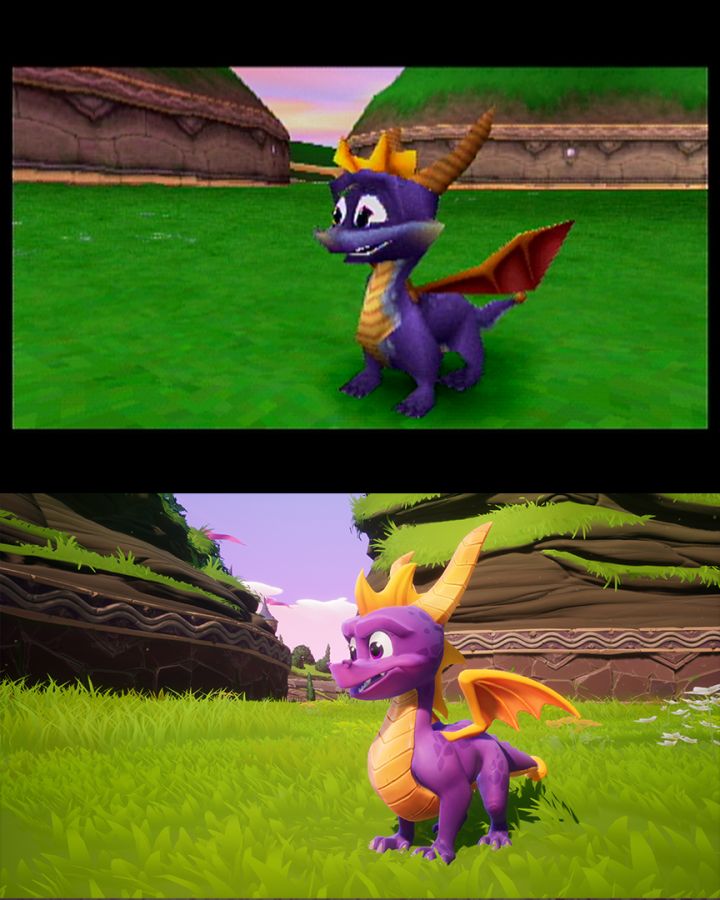 No, seriously. The dragon’s signature glide was unprecedented at the time, so to make sure it was authentic, the team hired a NASA rocket scientist to help them design it.

The levels were inspired by movies

Each of Spyro’s unique worlds was assigned a theme by the production team to ensure they felt different from one another. Each of those themes was actually inspired by different movies.

The kind folks at @Activision sent us some NEW never-before-seen gameplay of the @SpyroTheDragon Reignited Trilogy! Let us know what you think and follow us for more Spyro news in coming soon. #SpyroReignitedTrilogy #SpyroTheDragon pic.twitter.com/u7Sf3DvUCk

The first Spyro’s demo was actually released as part of a Crash Bandicoot game back in the day. If players entered “↑ ↑ ↓ ↓ ← → ← → square” into their controllers, they could give it a whirl.

As part of the Crash Bandicoot N. Sane Trilogy, if you enter the same code (and live in Europe, Australia or Latin America) in theCrash Bandicoot 3: Warped title screen, you can actually watch the Reignited Trilogy trailer.

Stewart Copeland did the original soundtrack, which was prog rock-themed and received critical acclaim. While he didn’t do the music for the remake, it was certainly inspired by his original works on the trilogy.

Copeland’s son went on to work for Insomniac

After working on the games, Copeland would often play them with his family. “When I was doing Spyro it was during the ‘Golden Age’ of my family life,” he said. “It was a time where my boys were old enough, and my girls were just young enough where we could all sit around the TV and play games.”

One of his sons, Patrick, was insanely good at the game and later got a job at the very studio which created it, Insomniac Games. 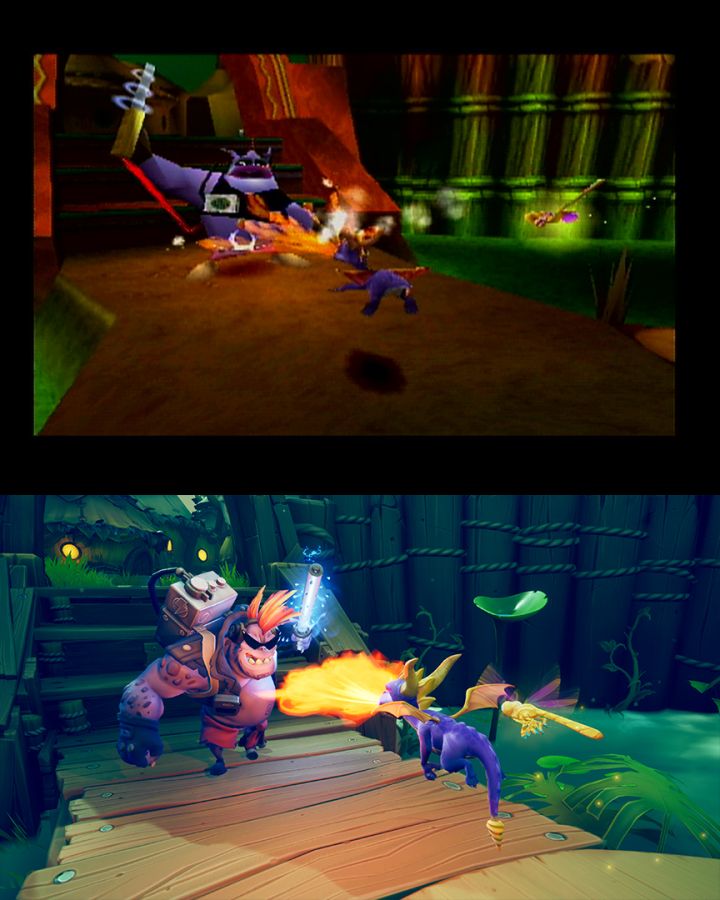 Ahead of its time

During the time of its release, many enemies in games were designed to perform just one function, but in Spyro, they were specifically designed to target the player, either to dish out damage or to taunt them.

Spyro was designed to be an adult

Another good move to change this if you ask me. It just wouldn’t be the same without Spyro’s youthful mischievousness.

He was revoiced by one of his original actors

Tom Kenny did the voice of Spyro for his second and third games, and if you ask the fans, he was easily the favourite. Luckily for them, Kenny came back to revoice the entire Reignited Trilogy.

That’s right, across the entire original trilogy, there are more than 100 levels, all of which were recreated for the upcome remaster.

Excited yet? You bloody should be. The Spyro Reignited Trilogy will hit the PS4 and Xbox One on the 21st of September.