Can’t get enough of To All The Boys I’ve Loved Before? Yeah, me neither so here’s yet another behind-the-scenes treat that’ll make your heart flutter.

Take a breath, everyone, ‘cos it’s real sweet.

So toward the end of the film there’s an adorable picture of Lara Jean Song Covey (Lana Condor) and Peter Kavinsky (Noah Centineo) taking a nap together. The snap appears on Lara Jean’s lock screen and even though it’s just for a few seconds, it’s enough to melt your heart.

Let’s just stare at this for a few minutes. 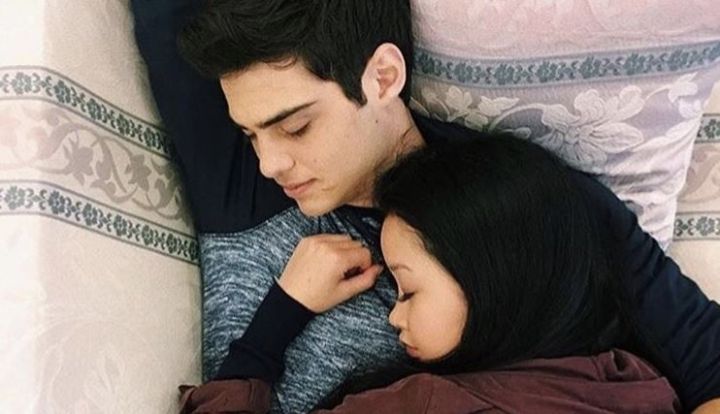 Anywhoo, with this being a novel-turned-film-so-fiction, the majority just assumed this was a staged picture created to extract the ~ feels ~ except it wasn’t, it’s real.

The director of To All The Boys, Susan Johnson, revealed the picture actually originated from an on-set nap the two actors took at the high school location.

“That was actually one of our crew members who took that photo.

“The two of them were in the green room on set at the high school location, in the area where we put the actors. They actually were sleeping on the couch in that room like that, so we just stood over them and took that picture and it’s so friggin’ cute.

“So yeah, we just borrowed it from our crew member. There wasn’t [a scene]. I could make something up but I actually think it’s cute that they hang out like that.”

There’s something in my eye and it’s making me sob on this Friday arvo.

Although, if you stalked Condor’s Insta you’ll know she’s in a loving relationship with Anthony De La Torre… sorry. But hey, it’s really nice to know Condor and Centineo are actually good friends in real life.

To All The Boys I’ve Loved Before is available on Netflix now.

Source: Entertainment Tonight
Image: Netflix / To All The Boys I've Loved Before