PSA: ‘The Good Place’ Is Dropping A New Ep On Netflix Later Today At Long Last

Important nerd news: The Good Place is returning after their mid-season break, and should be available on your Netflix later today.

The series took a scheduled hiatus like basically every other serial on American telly in mid-November, ahead of Thanksgiving – although did return in the first week of December to give us that brilliant ‘Janet(s)‘ episode, where D’Arcy Carden fkn shone.

This new ep, ‘The Book of Dougs‘, is the first in the final three eps of the season, which will be coming at you on a charming weekly basis. It has already aired, and been widely recapped, in the US, Thursday night their time.

That face is a mood. https://t.co/rcExCHmvTY

Just quickly to rejog your memory: at the end of ‘Janet(s)’, Chidi, Eleanor, Jason and Tahani, as well as Michael and Janet, are kinda afterlife fugitives, and in an effort to avoid returning to the Bad Place, all six of them have just jumped into a pneumatic tube to the Good Place.

Michael and Janet have figured out that no one’s gotten into the Good Place for 521 years; not even Doug Forcett (Better Call Saul‘s Michael McKean), a man who does the right thing always to the detriment of himself, is expected to make it through. And that’s just not right.

Meanwhile, Chidi and Eleanor shared a smooooooooch, and Tahani and Jason learned about Janet and Jason’s marriage in one of the many Fake Good Place reboots.

If #TheGoodPlace is anything but a constant floss party with my friends then I don't want to be good. pic.twitter.com/uHpc8Agpds

And eating snacks with Jameela Jamil.

Complete the sentence :
“Demons and humans who snack together…” –@jameelajamil #TheGoodPlace pic.twitter.com/8jatB1GSli

Fun fact: Jameela Jamil is dating super hot and talented musician James Blake, who earlier today announced the release date for his new album, Assume Form. It’s out next week, and of course Jamil has already heard it. She loves it:

So jealous of Jamil on so many fronts rn. Look, she even took him to the Golden Globes (afterparty) on Monday! 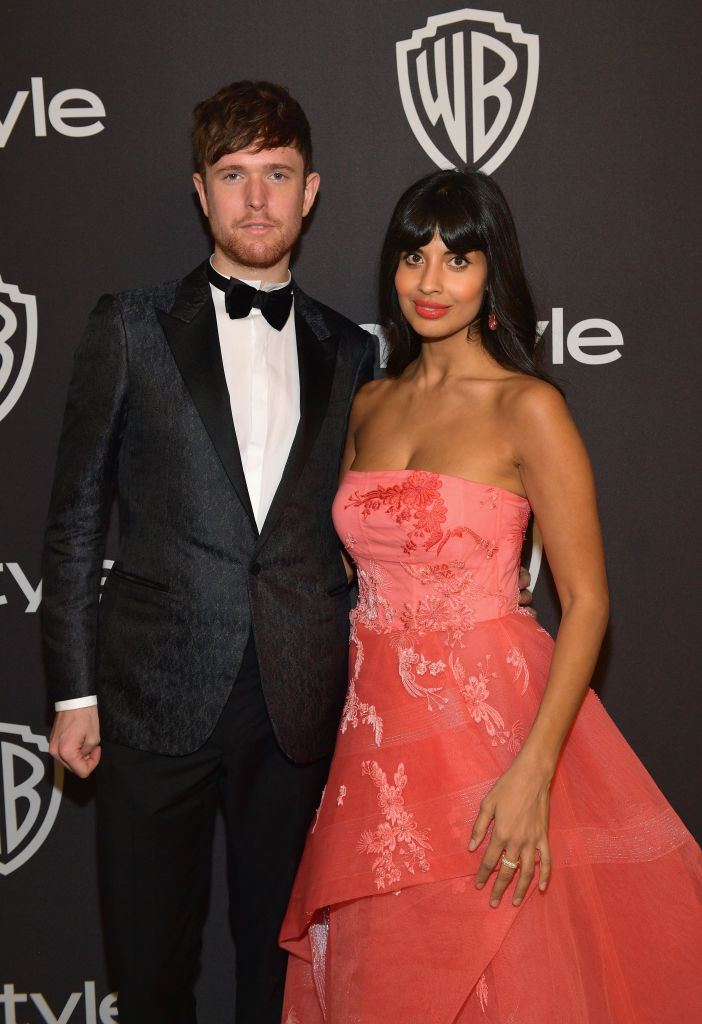 Here’s shots of William Jackson Harper, D’Arcy Carden, Kristen Bell and Manny Jacinto, plus Michael Schur, and even some of the writing team:

We’re in our thirties. WE are BACK son @nbcthegoodplace this Thursday BENCHES!

This sums up how we feel about today: