After a tear-jerking Queer Eye moment in which he came out to his step-mother by way of a letter written to his late father, fan-favourite AJ Brown has officially revealed that he and his boyfriend Andre are now married.

Brown, who was featured in episode four of the rebooted series, appeared alongside the fab five – Bobby Berk, Karamo Brown, Antoni Porowski, Jonathan Van Ness and Tan France – at a Netflix event in New York on Thursday. 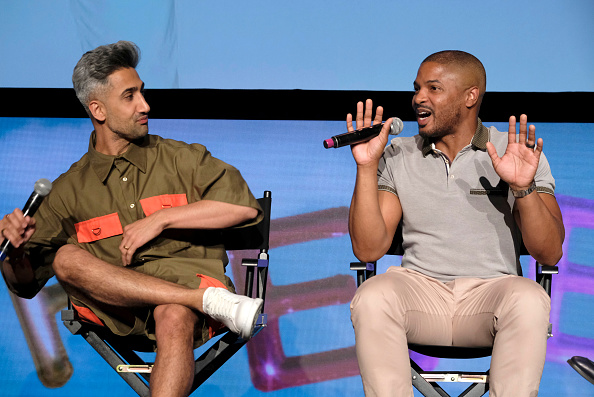 The good news came out during a Q&A session, when an audience member asked Brown how things were going with his fiance – France interjected to tell the fan that the couple are now actually married, pointing out Andre, who was sitting near the front.

As expected, the crowd utterly lost it, cheering and congratulating the happy couple, with other fans celebrating the news on social media.

The news comes several weeks after the announcement that fellow Queer Eye fan favourite Tom had re-married his ex-wife Abby in a private ceremony. There were no cameras there, although it’s still unclear whether Netflix filmed anything at AJ and Andre’s big day.

Queer Eye returns for a second season on June 15, and the lads are making a flying visit to Australia this week to promote it, so I’m sure you can expect to see a lot more of them in the coming days.