Johnny English Strikes Again is happening in 2018 as part of the whole ‘remake-sequel-triology’ thing that’s sweeping the film industry but unlike an animated Grinch, our beloved Rowan Atkinson is returning to the big screen as the world’s greatest worst spy. Correction: greatest at being the worst.

But before you suss the trailer, can we all just acknowledge how the Mr. Bean of our childhood has not changed very much.

READ MORE
ICYMI: The New 'Grinch' Trailer Dropped If You Feel Like Being Salty 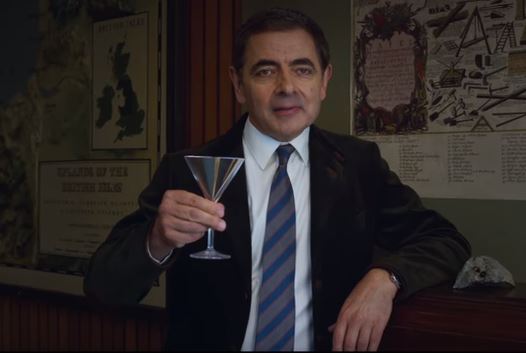 And just to make you feel old, the first Johnny English came out in 2003 – 15 years ago when you could still rent the video copy for your VCR at Blockbuster. And the second movie came out in 2011 – seven years ago.

Anywhoo, you can enjoy the trailer below.

Continuing along the lines of taking the piss outta James Bond, the plot reveals how a criminal mastermind has revealed all the identities of active undercover agents in Britain. It’s very a la Skyfall except instead of Daniel Craig saving the day, it’s Johnny English fresh out of retirement. Instead of M, it appears to be Emma Thompson while the classic v. attractive/badass woman is being played by Olga Kurylenko. You might remember Olga from when she starred opposite Daniel in Quantum of Solace. #hehe

Of course, Ben Miller’s back as the ever loyal, ever sweet Angus Bough and together Johnny and Angus do a whole lot of spyin’ and breaking things and trying to figure out modern technology. It may sound tacky but if anybody could pull it off, it’s Mr. Bean/ Johnny English.

Johnny English Strikes Again will be the third film in the series. The second film, Johnny English Reborn starred Rosamund Pike who also appeared in Die Another Day opposite old mate Pierce Brosnan.

There’s yet to be an official date for the cinema release worldwide but guessing from the trailer, it’ll be sending us back to our childhoods some time later this year.