Rapper and actor Ice-T has elaborated on his ill-fated meeting with YouTube unit Logan Paul, explaining he probably called the 23-year-old a “dumbf–k” after their very first interaction.

The incident in question occurred in 2015, when the up-and-coming children’s entertainer landed a guest role on an episode of Law & Order: SVU. Paul played the role of an aggrieved gamer, who wound up fragged on a rooftop by Ice-T’s Sergeant Odafin “Fin” Tutuola.

If you feel like watching that climactic scene on repeat for two hours straight, be our guest:

Paul addressed the role in a 2016 interview with AOL, saying that he had zero idea who Ice-T actually was, and straight-up mistook him for on-set security.

So Ice-T is apparently a big deal and I am not part of the Ice-T generation. So he comes on set wearing a cop outfit and goes, “Yo, what’s up are you the bad guy?” And I say, “Yeah! Are you the security guard on set today?” He goes, “Yeah, I’m the security” and then just walks away. I thought it was weird and then five minutes later I realized it was Ice-T. Whoops!

That interview snippet was recently reposted onto Twitter, and made its way to Ice-T late last night. While Paul learned exactly who Ice-T was after his telling misconception, Ice-T admitted he was still unaware of Paul in general.

The funny thing is I STILL don’t know who dude is….. https://t.co/LyqF8CEcwD

The bloke said that if the conversation took place as Paul recounted it, he probably would have laced in another expletive. 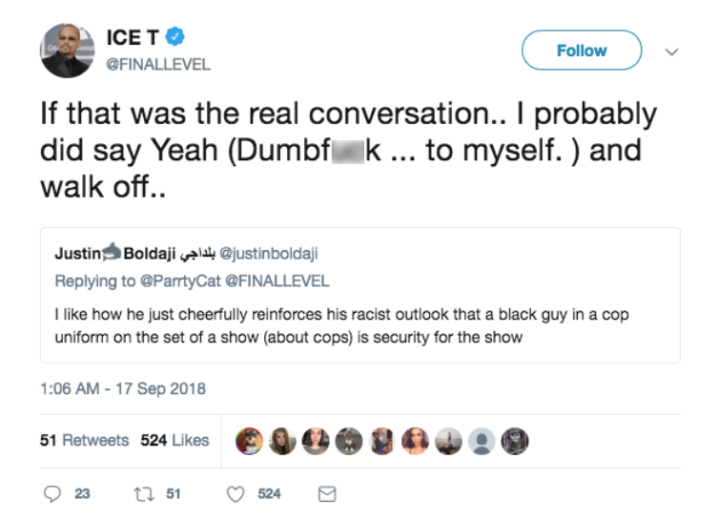 He then reiterated his general vibe with this classic: 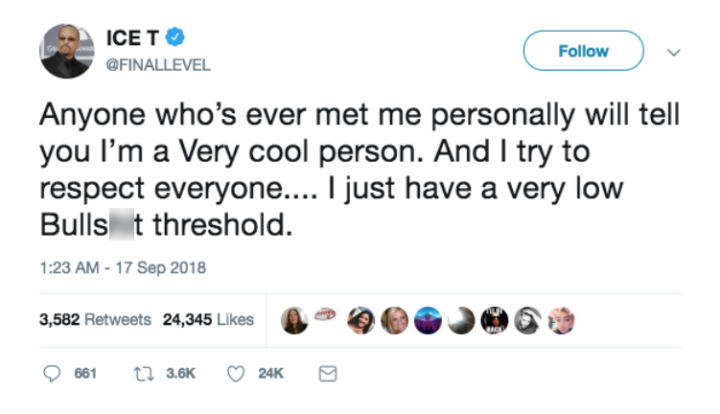 Since that television appearance, Paul has made a name for himself for his infamous video making light of suicide, and for an amateur boxing match against another popular YouTuber.

It is not currently clear if Ice-T has been made aware of those events, but we can pretty safely guess what he’d think of them.