After 8 seasons of Game of Thrones, the show is finally done and dusted. We had many favourites along the way, and although many poor sods carked it, a lot of the OG characters made it right through until the very end.

Fan fave Bronn (Jerome Flynn), the sellsword frenemy of Tyrion Lannister (Peter Dinklage) managed to survive right until the show’s conclusion, even finding himself named Lord of Highgarden and Lord Paramount of the Reach, as well as Master of Coin on King Bran‘s (Isaac Hempstead Wright) small council.

Now that the show is available to download on the iTunes and Google Play stores, the good folks at HBO sent us an exclusive chat with Flynn about his time on the huge hit show. 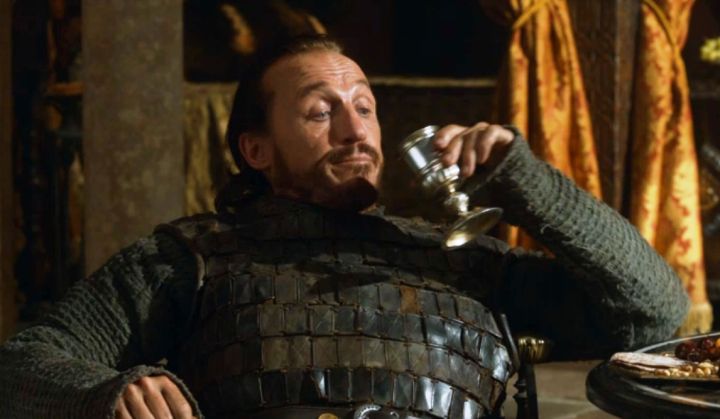 Can you remember your first day on set for Game of Thrones?

Yes, I can. I can remember the first day I went in to meet everybody and get make up and wardrobe done. We were trying to decide whether to dye my hair – because Bronn is dark in the books – or get a wig. And there was no way I was going to get away with a wig so it was the start of ten years of dyed hair (laughs).

How did you feel right at the beginning? What were your expectations?

Well, I felt nervous because I hadn’t been on screen for ten years and I thought I was kind of leaving it behind – or at least I thought I could be. It was ‘maybe it will leave me behind or I will leave it behind.’ Nothing was put in front of me that made me really want to jump. And I had moved to Wales and so I was quite nervous about going back into that whole culture and who I would be in it. I also didn’t know what I was walking into. And then Dan (Weiss) and Dave (Benioff, GoT showrunners) came and I had no idea who they were and they were kind of checking me out. But very quickly into filming I had a sense of ‘I’m involved in something really good here….’ And once we started going I could see the scale of it and also of the quality that was around me and I started to feel safe and I started to enjoy myself it made me realise how much I love it. But I was a bit worried at the start – an American production doing a kind of Medieval Europe, I thought ‘oh, we could die a death here..’ But I hadn’t seen a script at that point so I really didn’t know except that I’d liked what I read in the audition so I was basing it on that, really. 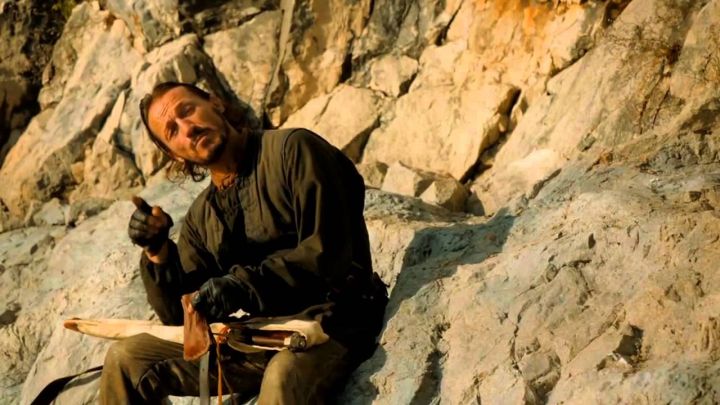 You’d had ten years away so what was it about Game of Thrones that tempted you back into acting?

It was part necessity because I had bought a farm in Wales and poured all of my money into it and I’d kind of run out. So I had put out to the universe ‘if the right kind of job is out there..’ And it couldn’t have been a more amazing job than Game of Thrones. And I happened to be in London when my agent said, ‘oh there’s this thing called Game of Thrones..’ I was in London to see my brother in a play. I thought I might be leaving the business behind and I went to this play the day before the audition and I kind of fell back in love with it – it was one of those beautiful plays that stirs you up. And I started to have this feeling of ‘maybe I do love it still somewhere.’ It was a play at the National Theatre about the Russian revolution and funnily enough Conleth (Hill who plays Lord Varys in Game of Thrones) was in it too.

READ MORE
Win A Trip To The IRL, Very Much Still Intact King's Landing In Croatia

And what was the last day on set like?

It was a whole mixture of emotions. Initially I was focused, in season 8 I was acting with guys I’d never acted with before and after eight years of being on the show that was a novelty. Because after that long in a show you know these characters so well and it’s surreal because suddenly you are in a scene with these characters you know – because I’m a fan of the show – but you hadn’t necessarily acted with before because the show has so many different storylines. So I was a bit star struck (laughs). I’d met them but I hadn’t worked with them before and I was just enjoying that.

The nature of Game of Thrones is that you work with whoever you are on the road with. So there was that and it was a two-day shoot for my final scene. And on the second day it started to dawn on me that the clock was ticking. So it was all very surreal and really moving. I think I had a period of mourning afterwards when I kind of realised that was it. Because you get so used to going back year after year and riding your luck and suddenly it was over. It was very precious. And it always is, if you are in a good show, with the crew and the cast it’s very special. But it was quite something walking away from these people who feel like family. And being part of that family was what made it so enjoyable. And if you are doing a scene with Peter (Dinklage) and Liam (Cunningham who plays Davos Seaworth) and Conleth then you are in trouble [laughs]. 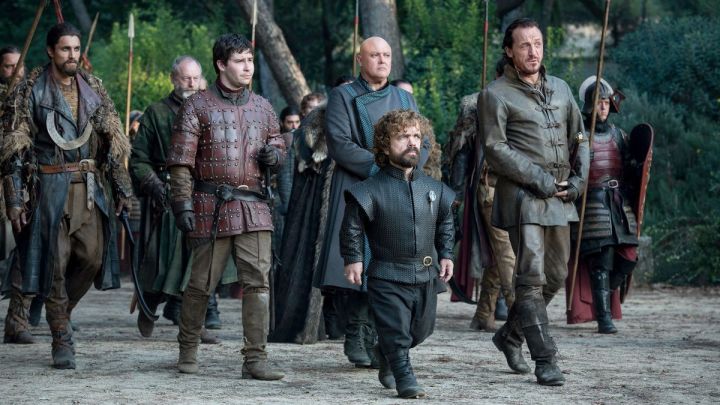 Bronn could have been a gunslinger in a western couldn’t he?

He has made me want to be in a western actually – I feel like taking Bronn somewhere else. I do love him. I’m not so good at the big books but I remember getting some sort of app where I could just read the bits about Bronn (laughs). He feels like an amalgamation of some of my best mates from college up North and their lovely, sardonic sense of humour. And the rogue-ishness is a big part of it. It was a wonderful way to be able to play out those primal parts of myself that were all there but without getting in trouble [laughs].

He gets so many great lines.

They are great and it was like Christmas every time the scripts came in from Dan and Dave who must have said ‘OK, when Bronn is in a scene let’s try and give him one of these pearls.’ It was just amazing to have that in there because they did it so well. And you know, with Bronn he always knew what he wanted – he had a pretty rough upbringing and his father wasn’t around but he was like, ‘fuck that, I’m going to the top.’ So yes, I’m very fond of him.

Were you satisfied by the way the show ends?

I was nervous about how they would end it because they had kept up such an amazing standard all the way through the years – the bar is so high and so many people have such high expectations. And I think they have done so well and there’s a really good balance – there are shocks, there’s sadness and it is bittersweet but it makes sense. 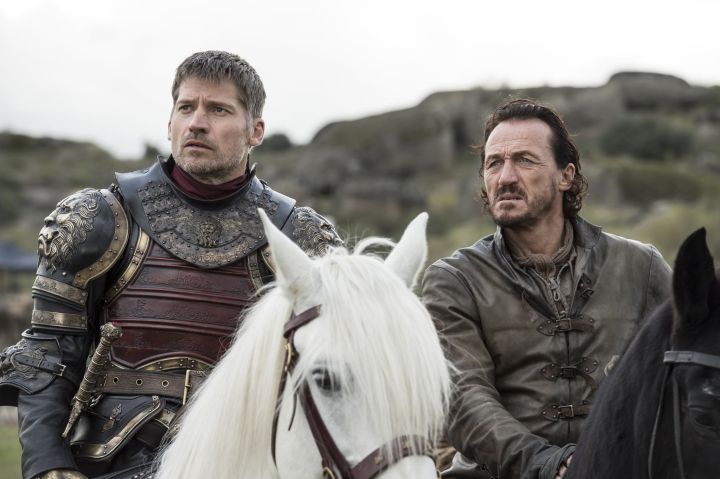 Now that you have come to the end of this incredible show, what do you think was the key to the success of Game of Thrones?

I think its success is down to the number of wonderful characters – there is such a richness of characters – and the epic scale of it, which was done with such care. You had those wonderful books already but the production values were so high and the care taken with that by Dan and Dave to bring it to the screen was extraordinary.

And with this story I think that there is something we all recognise in the human condition that is being played out. And in Game of Thrones – which feels like it is set in some mythical past – it feels like a time, compared to now, when we were still wild and free if you like. Whether you were up the ladder or down the ladder, there was something to life that was raw and I think there is a craving for that and I think that’s part of the appeal. It’s also about the power of great storytelling – following all of these wonderful characters on their journeys is big part of it – and it’s brilliant the way they all come together at the end.

I think there is something going on in George (R.R. Martin’s) subconscious – and he said himself that he didn’t realise until he looked back on it – but you have this metaphor for where we are at in this human history and warring families and countries vying for power and then they have to collaborate in order to take on this mutual enemy that threatens to wipe all of them out, which is a huge metaphor for where we are at now. And it’s become the most popular show on the planet and I think there is something remarkable about that.

To download Season 8 of Game of Thrones, head to iTunes HERE and Google Play HERE and start bingeing on repeat forever.