Everything To Know About The Cray Cray ‘Fantastic Beasts 2’ Theories

Alrighty, it’s been four days since the first trailer for Fantastic Beasts: The Crimes of Grindelwald launched and even though it may have gotten a little trumped by the Avengers: Infinity Wars trailer, there’s still tons to discuss. While clues were a lot easier to spot in the Avengers trailer, the same can’t be said for Fantastic Beasts and though some fans are still pretty pissed about the whole Apparition snippet in the trailer, others have spotted some rather…curious things.

Prepare for this to happen in the next few minutes which is pretty much the Harry Potter side of Twitter.

But first, if you’d like to relive the trailer you can do so below.

It’s still the number three trending video on Youtube, not bad at all.

So we know good ol’ Newton ‘Newt’ Scamander teams up with a young Albus Dumbledore to take down Gellert Grindelwald. You’ll remember from the first film that Gellert absolutely despises Muggles/NoMajs and wants pure-bloods to rule the world. We also see Porpentina Goldstein, Queenie Goldstein, Jacob Kowalski, and Credence Barebone return alongside a handful of new characters.

From the first movie we also know that Gellert, disguised as Percival Graves tries to use poor Credence to track down an Obscurial. An obscurial is created when a young witch or wizard represses their magic resulting in a dark parasitical force AKA the Obscurus. Turns out Credence is the Obscurus and not his adopted sister as predicted by Percival and all hell breaks loose, literally.

And that’s where we’re at now.

To the theories because you can trust Harry Potter fans to pick a part a trailer.

Who is Credance Barebone? 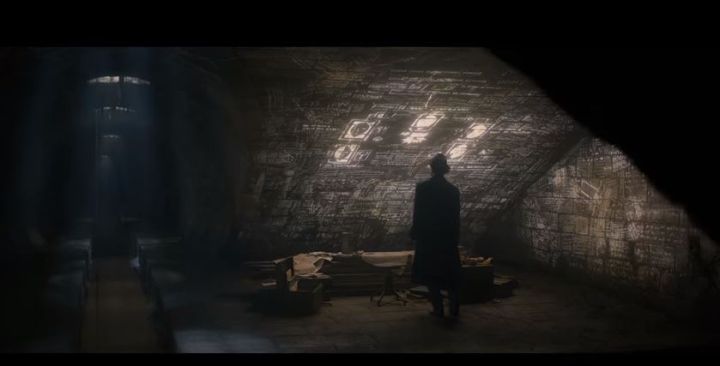 Doesn’t seem like much but if you grab a magnifying class/zoom wayyy into the above area of (presumably) Dumbledore’s head, you’ll clearly see the name Corvus Lestrange. And suddenly a bunch of Lestrange names will come flying at you left, right, and centre so it’s safe to assume this is a magical family tree of some sort. On the left is Leta Lestrange played by Zoë Kravitz and on the right, partially blocked by Dumbledore’s noggin’ is ‘…ence Barebone.’

His name may have changed after the adoption by crazy-lady Mary Lou Barebone in the first film, but Credence’s name is still glowing on the wall.

Played by Claudia Kim, the Maledictus witch is spotted with Credence in the trailer. This is the first time a physical Maledictus is being mentioned in the franchise and according to Pottermore you become a Maledictus because of some sort of blood-related curse that can turn them into an animal. Kinda similar to the Werewolf except once a Maledictus turns into the animal, there’s no coming back.

So what do the fans think?

Warning: this is bloody deep.

Way before the trailer came out, the official poster did and the below is a section of it. 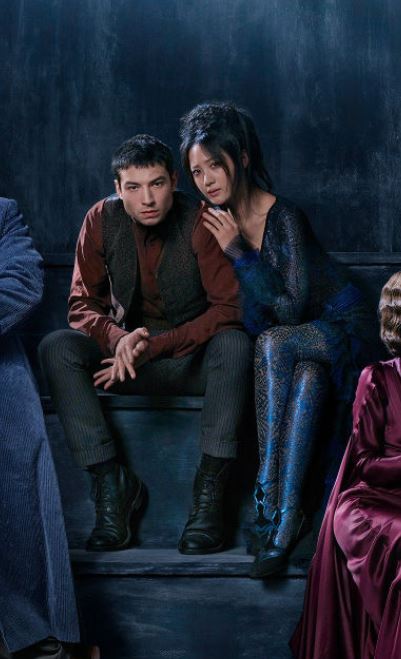 Sooo, with the only description being that Claudia’s character is a Maledictus combined with her apparently ‘scaly’ outfit in the poster above, fans predict she’s the human form of Nagini. WILD.

Nagini was a green female snake and one of the main Hocruxes to Voldemort. Out of seven hocruxes, we never did cop the full backstory to Nagini so I mean, it’s possible. Far-fetched, but possible as is just about anything in the Wizarding world.

But then the trailer came out and things became a bit more plausible. In the trailer we see a magical circus – Le Cirque Arcanus and this particular shot comes up. 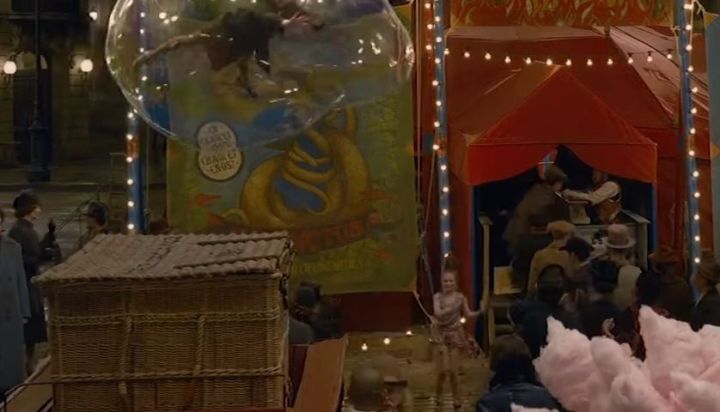 In red letters toward the bottom you can see ‘…ictus’ which could potentially be for ‘Maledictus’ and above it is what looks like a massive green snake. Mmm. Okay. Make what you want from it but if fans are right, then just…

To Apparate or Not to Apparate

ICYMI, a lot of fans are pissed because wizards and witches can suddenly apparate in Hogwarts which is a big fat no. It is a widely known fact that you just can’t do it.

There are a handful of theories going around about this and they’re all brick walls so I’m not going to anger Potterheads by repeating any of them here. All I can say is J.K Rowling has probably already written in an excellent loop-hole and all will be well again.

How does Dumbledore go from tailored suits to wizards robes and pointy hats? All the wizards in 1945 seem to be much more up to date with muggle fashion than they are in 2005. #FantasticBeasts2 pic.twitter.com/nffmulLVRM