We Didn’t Deserve ‘Brooklyn Nine-Nine’, The Only Perfect Show

Who could have guessed that in a time of both prestige television and where police violence became a huge, international conversation, that a sitcom about the ‘good’ cops could become one of the most beloved shows on television?

Trying to explain Brooklyn Nine-Nine to people who haven’t seen it is almost impossible. It’s funny, obviously, with a humour that rewards long-time fans and repeated viewings (“title of your sex tape” is a stroke of genius, and the annual Halloween episode far surpassed The Simpsons‘ ‘Treehouse of Horror‘ episodes yonks ago).

Then there’s its commitment to diversity in a way rarely seen on television. When Stephanie Beatriz, who plays the intimidating and emotion-adverse detective Rosa Diaz, heard that her friend Melissa Fumero was cast (as the rule-stickler Amy Santiago), she was devastated. “I was so excited for Melissa, but I thought I was screwed,” she told The Chicago Tribune. “Because growing up and watching shows, I would just never see Latina characters. Everyone was white. If there was Latinas, they were at the margins. Or playing stereotypes.”

But Brooklyn Nine-Nine put them front and centre. It also cast two black actors, Terry Crews and Andre Braugher, as two cops in positions of authority: Sergeant Terry Jeffords and Captain Raymond Holt respectively. Holt was gay, and in a poignant, perfectly executed episode, Rosa came out as bisexual. As the Washington Post‘s Alssa Rosenberg writes, it meant that none of those characters had to carry the weight of representing their entire (and marginalised) communities. 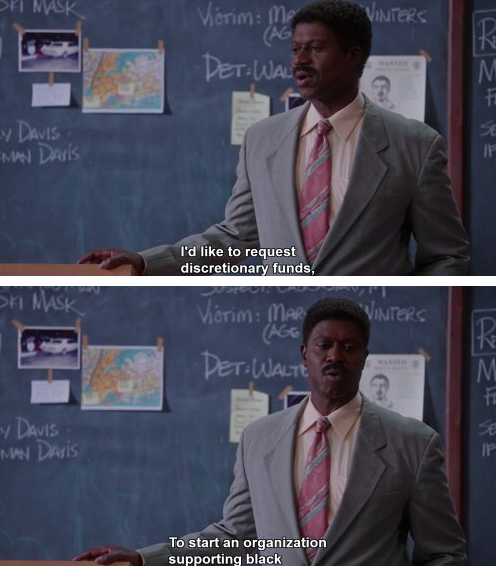 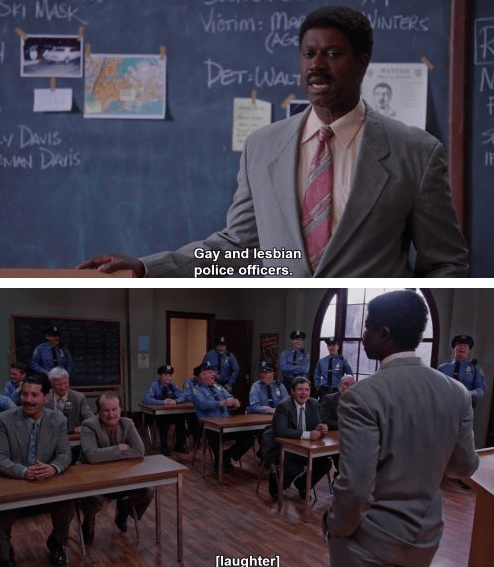 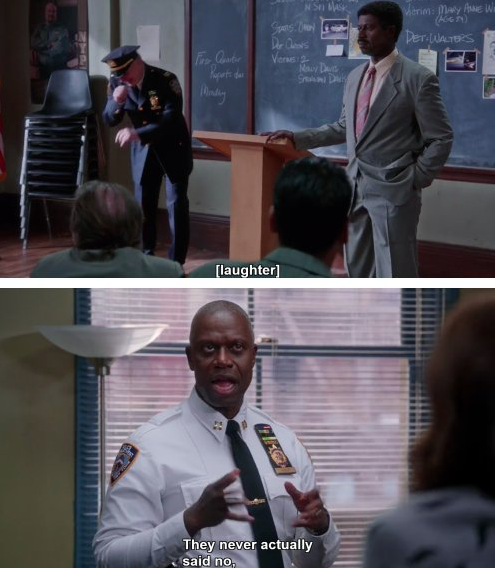 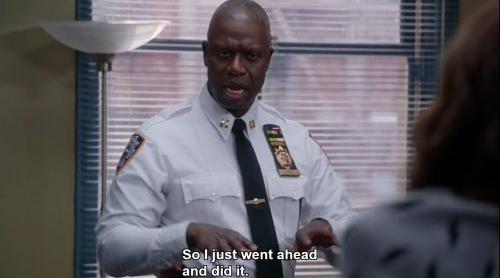 One of the show’s highest points was the recent episode dealing with stop-and-frisking, ‘Moo Moo‘, something that showrunner Dan Goor had been wanting to tackle since season one. Terry gets stopped by a white police officer, but Holt doesn’t want to move his complaint forward in fears that it would derail Terry’s career. Goor said that it was only after talking to Braugher, who suggested that Holt’s reaction would be true to his character, that they “cracked” the episode.

“When I pitched it to Andre, he said: ‘I think Captain Holt would tell him that’s a bad idea.’. . . It was really a jaw-dropping moment. I said, ‘But Holt has faced such adversity and prejudice.’ And he said ‘Yeah, but, in all of those flashbacks, Holt sort of takes it with the understanding that he’s going to be the best cop possible, and rise through the ranks, and exact his revenge by changing the culture of the force.'”

But outside of that, the show had so much heart. The endearing friendship between Jake Peralta [Andy Samberg] and Charles Boyle [Joe Lo Truglio]; the comedic strength of bumbling idiots Hitchcock [Dirk Blocker] and Scully [Joel McKinnon Miller]; and just the utter perfection of Gina Linetti [Chelsea Peretti], the most extra character in existence.

Sinking ratings proved a death warrant for the show, and likely the increasing profiles of the stellar ensemble cast proved too much of a financial burden for Disney, recently purchased by Fox. There’s the hope that it’ll be picked up by Netflix, and we can’t rule that out entirely.

But if that doesn’t happen, it looks like the series finale will be Jake and Amy’s wedding, airing May 20 (available in Australia on SBS On Demand).

#RenewB99 is already trending, as stars and fans alike mourn the passing of this once-in-a-decade cultural phenomenon. As Beatriz tweeted (quoting her character Rosa): “Your sadness is noted”. We just hope someone at Fox and/or Netflix is listening.

Let this be a lesson. #Brooklyn99 pic.twitter.com/X7Yk8eqgzN