Sure, we all love those series that you can dip in and out of and not have to worry about following along with the storyline, but sometimes it’s fun to sink your teeth into something from start to finish.

To help you with your TV-viewing needs, I’ve compiled a list of shows that you can dive into in its entirety thanks to the stupid-good offering on Stan.

You’ve got everything from hardcore drama to scandal to comedy, including shows that I bet you didn’t even think you needed to watch chronologically from begin to end.

Now go forth and start the bingeing. 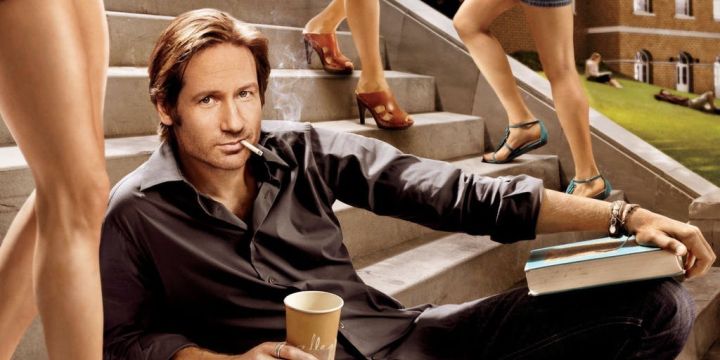 Looking for a thirsty series to add to your list? What better option than a show with a synonym for sex in the title?

Californication follows the scandalous life of Hank Moody (David Duchovny), a fuccboi novelist who suffers writer’s block after moving to California and falling into a world of drinking, womanising and drug abuse. 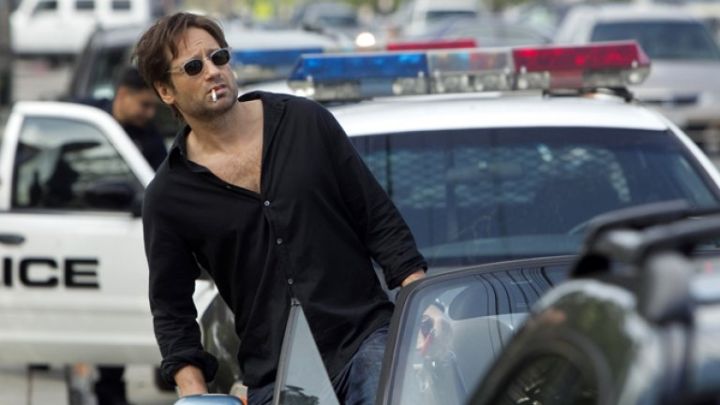 Okay so that sounds very dark and heavy but trust me, it’s a hoot and a half!

The show boasts a load of A+ guest stars over its seven-season run including Amber Heard, Pete Wentz, Ezra Miller, Rob Lowe, Zoë Kravitz and Marilyn Manson, just to name a few. 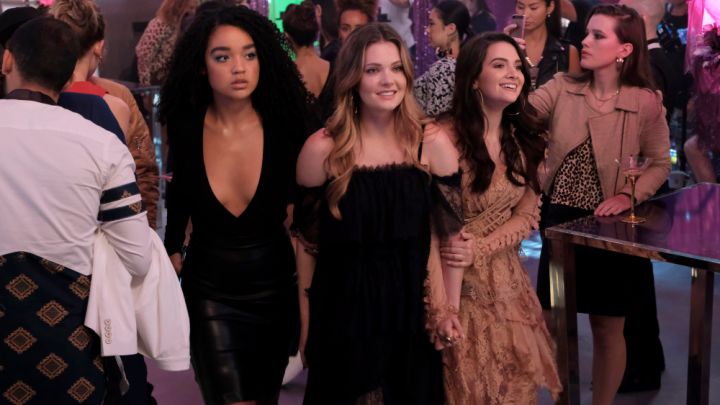 Are you and your best mate looking for a new series to binge-watch together during your cheese and wine nights? Look no further ‘coz The Bold Type is a show that’s defo enjoyed in numbers, especially with your gal pals.

The quirky series follows the lives of three friends who work at Scarlet Magazine (based on the life of ex Cosmo editor-in-chief Joanna Coles).

The super relatable storylines see the girls go through shit that any millennial will relate to including friendship, dating and climbing the corporate ladder.

Both seasons are available for bingeing exclusively on Stan. Cop the trailer below to get a feel for the sassy series: 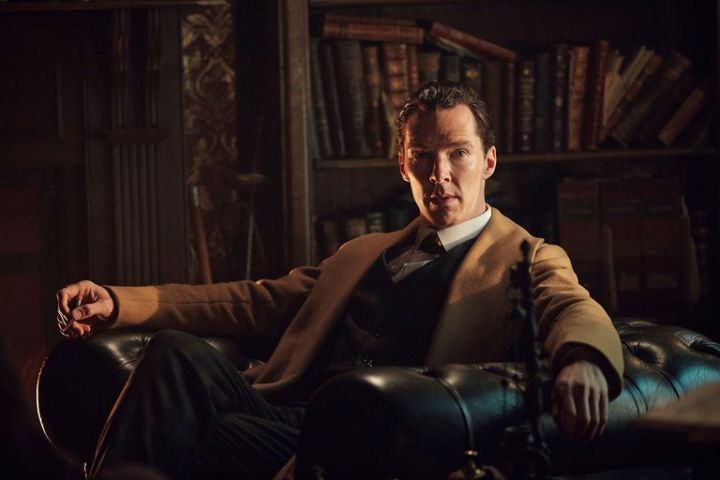 Before he was Doctor Strange, Benedict Cumberbatch played a quirky detective who solved mysteries in modern-day London in the show based on the OG Sherlock Holmes.

The beloved British crime drama is ideal for fans of murder mysteries and/or Benedict’s delightfully pretty face, plus the backdrop of London and Cardiff, Wales is a vibe in and of itself.

There are 13 episodes in total spanning across four seasons, as well as two special event eps. The episodes are movie length so prepare to get totally lost in the ~*mystery*~.

While the show hasn’t officially ended yet, serious doubt has been cast over the future of the series as there’s some bad blood between Cumberbatch and his co-star Martin Freeman (who, interestingly, is also part of the Marvel Cinematic Universe and the Hobbit trilogy along with Benedict). 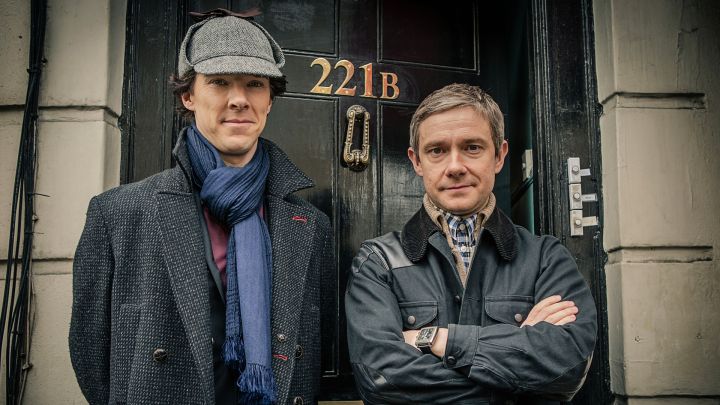 “Being in that show, it is a mini-Beatles thing,” Freeman once told an interviewer. “It’s not a thing to be enjoyed. It’s a thing of: ‘You better fucking do this, otherwise, you’re a cunt.’ That’s not fun anymore.”

Benedict returned the serve in a subsequent interview with the UK Telegraph. “It’s pretty pathetic if that’s all it takes to let you not want to take a grip of your reality,” he told the publication. “What, because of expectations? I don’t know. I don’t necessarily agree with that.”

May as well binge what they’ve already churned out ‘coz it doesn’t sound like the detective duo will be exploring any more cases any time soon. 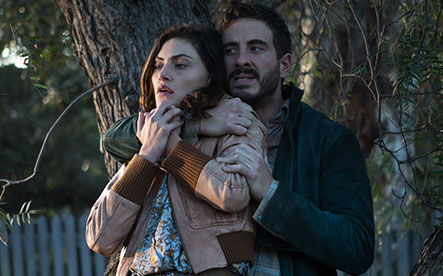 If you’re in the mood to dive into something a little heavier, Stan Original Series Bloom is the critically acclaimed masterpiece for you.

The show tells the story of a small country town (filmed in outback Victoria) who experiences a devastating flood that kills multiple locals. After it subsides, a strange berry grows with the power to restore their youth. 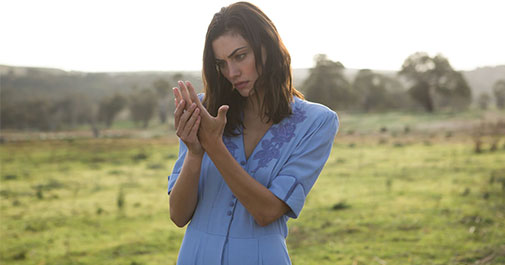 It’s got a stacked cast including Phoebe Tonkin, Ryan Corr, Jacki Weaver and Bryan Brown and a super mysterioso vibe that’ll have you absolutely hooked.

All six episodes of the homegrown hit are now available to stream only on Stan. 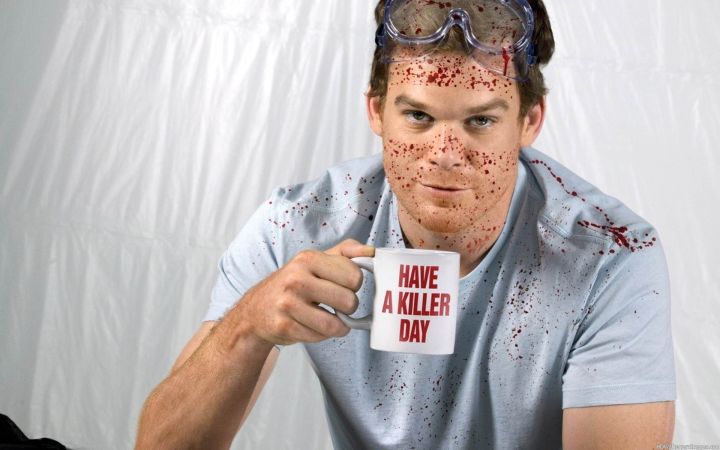 If you’re one of the sicko masses who jumped on the crime-loving bandwagon, I sincerely recommend sussing out murder-mystery series Dexter.

The recent slew of true crime docos and podcasts are all about getting inside the mind of the killer which is the sadistically fascinating angle that this 2006 series takes.

It centers on Dexter Morgan (Michael C. Hall), a forensic technician working for the Miami Metro Police Department who moonlights as a vigilante serial killer, tracking down murderers who have evaded jail and getting his own revenge on them.

Based on the Dexter novels by Jeff Lindsay, the series ran for an impressive eight seasons with its finale drawing the largest overall audience in Showtime‘s history. 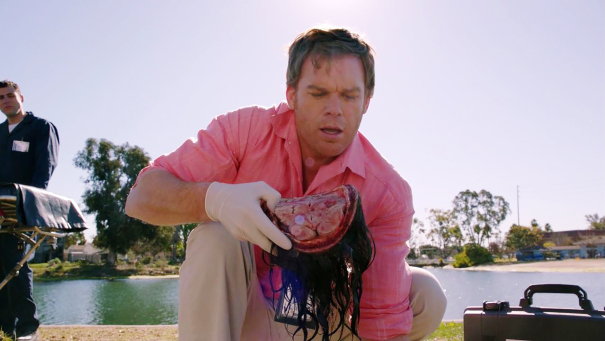 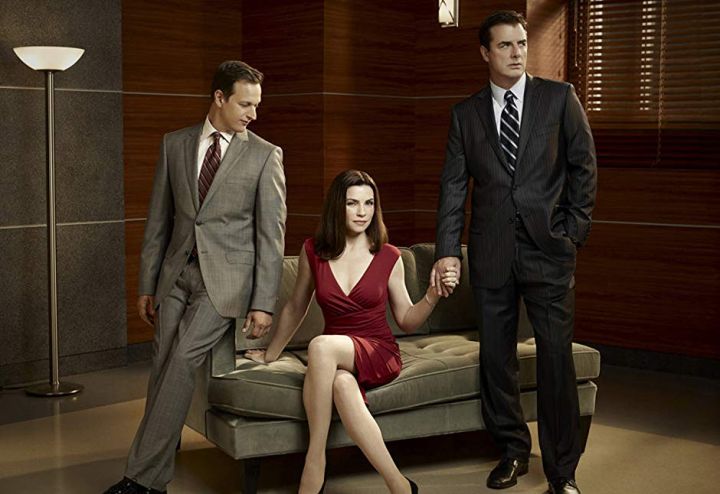 If you’re partial to a political scandal, I recommend sinking your teeth into the critically acclaimed drama series The Good Wife.

The series follows queen supreme Alicia Florrick (played by the fabulous Julianna Margulies), the missus of a politician who is forced to return to her career in law after her husband (played by Sex & The City‘s Chris Noth) is involved in a public sex and political corruption scandal.

It’s a celebration of the power of women who manage to get shit done when the men around them can’t keep it in their pants. 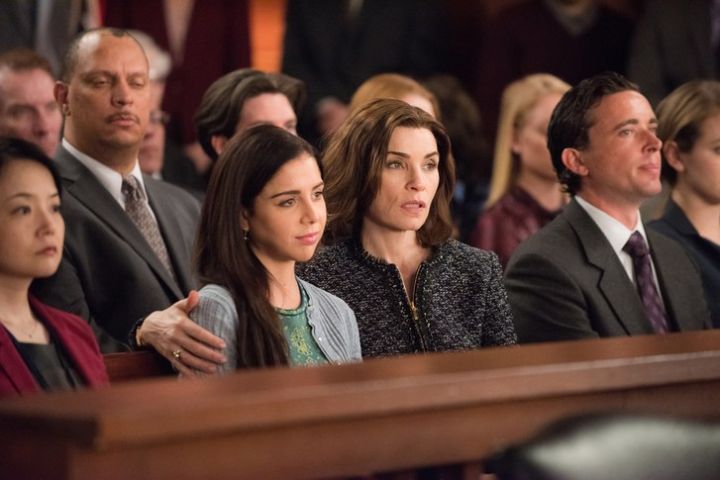 Series creator Michelle King told Bitter Empire that the idea for the show came from the way the wives of political figures embroiled in sex scandals reacted to the drama.

You know, what’s interesting about a lot of these political scandals is that the women are lawyers, too. Hillary is a lawyer. Elizabeth Edwards is a lawyer. I think that got us thinking along those lines. That is, we knew she had to go back to work, and we had so many female lawyers to draw on.

The series ended in May 2016, shortly before Donald Trump was elected which makes this insight into American politics all the more fascinating. 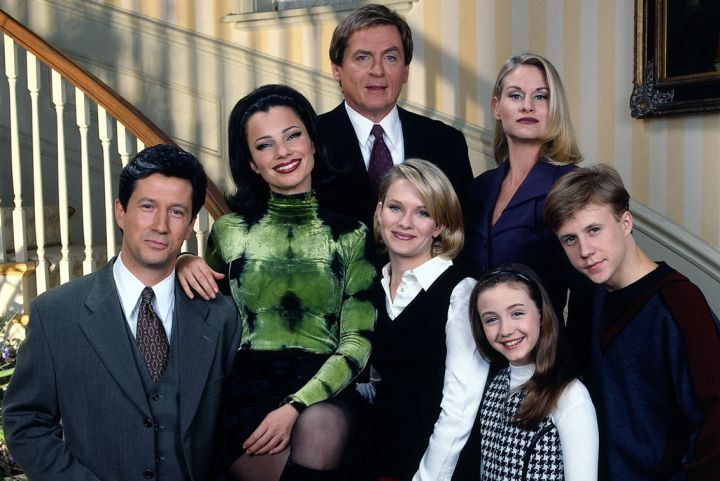 In the mood for some LOLs? It may be time to revisit the woman with style and flair, Fran Fine of The Nanny.

It’s likely that you were a wee youngster when the series ended and can’t remember how Fran went from Mr. Sheffield‘s employee to his wife and the mother to his bbs.

Dive into the series in its entirety and watch the evolution of all the characters all the while enjoying more laughs than you can handle, not to mention Fran’s mesmerising fashion choices.

Here are just a few for reference: 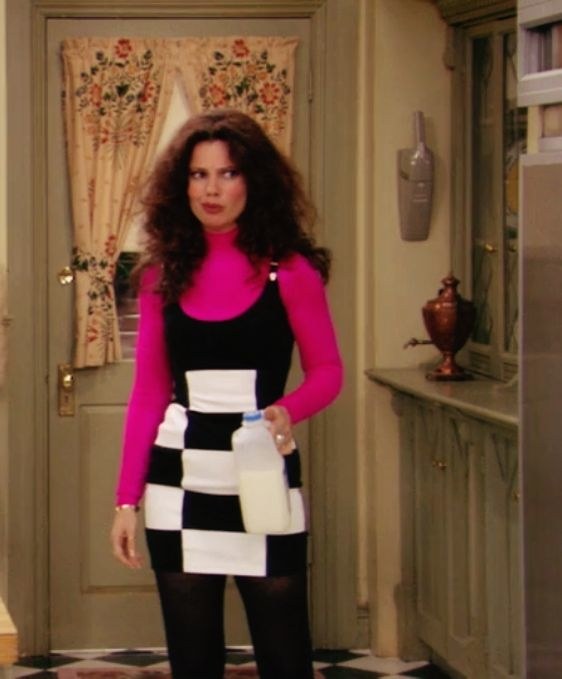 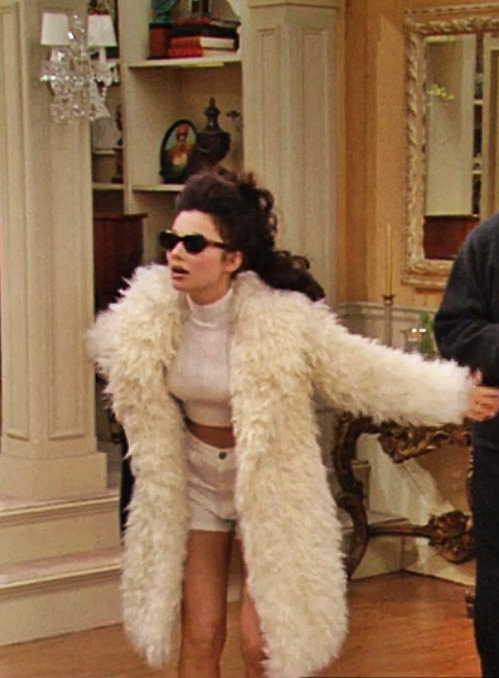 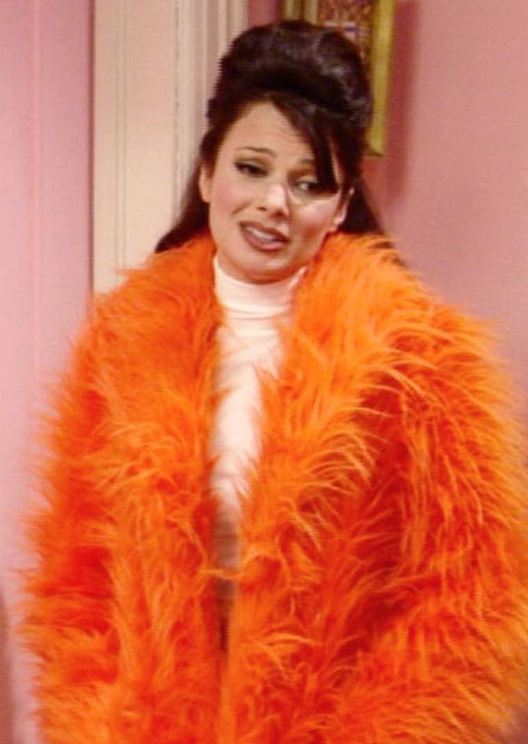 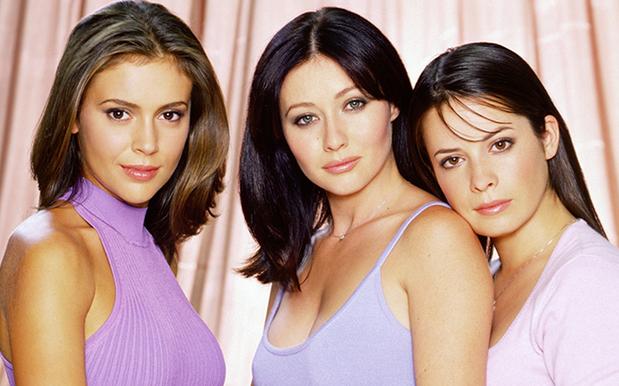 Most Charmed stans have a preference between Prue-era Charmed and Paige-era Charmed. My take? The entire bloody series is epic and you can’t have one half without the other.

The series begins with Prue (Shannen Doherty), Piper (Holly Marie Combs) and Phoebe (Alyssa Milano) discovering that they’re witches and learning to use their abilities. Then after season four, Shannen leaves (I won’t spoil how her character is killed, but it is cooked with a capital C) and the entire dynamic changes as Rose McGowan joins the show as their long-lost sister Paige. 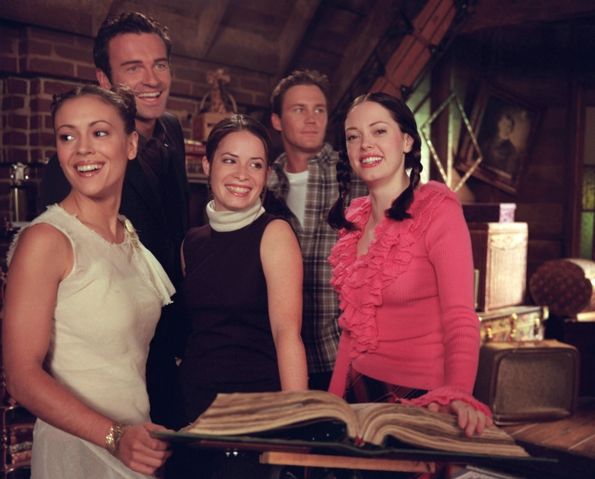 No matter which era you prefer, a big binge-sesh of all eight seasons is always a, dare I say it, charming idea.