‘BACHIE’ RECAP: Loveable Goof Ivan Is Sacrificed On The Altar Of Dance

Hey team! We’re back for another episode of The Bachelorette, whee! I’m on my couch all sick and gross, but you better believe I’m here for a Bachie recap, because I’m committed to the cause of Ali Oetjen finding love, if only to confirm there’s hope for all of us to one day find some ripped dude to put up with our crazy. Love! We love it!

The boys debrief on last Thursday’s episode, the one where Nathan got punted out for being a real gossip. Thank gosh Osher turns up to break the tension, and give them a stern talking to.

He cuts through it with a double date card, which sees two blokes go head to head for Ali’s love. Two men will go on the date but only one will return to the mansion. OOOOH. It’s Ivan versus Bill, but we knew that from the previews.

It’s not too hard to fathom why each bloke is there – Ivan is there because his love of dance has betrayed him/she’s wanted to send him home since that weird one-on-one thing, and Bill is there because Charlie is a dobber.

Ivan  is straight-up crying that Ali can’t tell what a good guy he is. The boys comfort him with bum pats? I swear I saw a bum pat. Really though, how could Ivan not be genuine? He genuinely loves the dance! 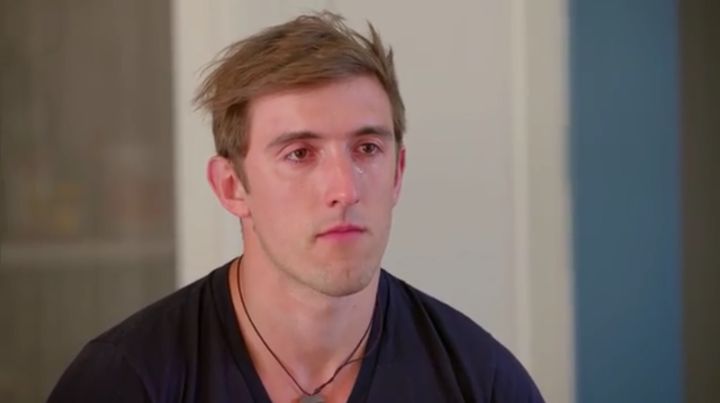 Anyway the rest of the house is SHOOK.

The best way to figure out if someone’s intentions are good is not to become a magician to abra cadabra all the sadder thoughts away, it’s to pit two dudes against each other at local Sydney restaurant Porteño (2.0)!

They’re going to cook, and while one cooks, she’ll be chatting to the other one about their feelings, because that’s the only thing they talk about on this show. Why can’t someone ask Ali about her opinions on climate change or the union movement? Really spice it up.

So Ivan’s first up for the chat, and he admits he’d like to spend a few months in the US pursuing his Step Up dream before he would hypothetically settle down with Ali. Might be something to do while they have to date in secret??? He also asks straight up if they can kiss so he can know for sure if they have any chemistry. She reckons that’s disrespectful to Bill, who is mere feet away. No pash for Ivan.

The food Bill made does not appear to be very good, but no one complains. Now Ivan needs to make avocado mousse for dessert, and that boy REALLY can’t cook. Like he reads that he has to blend two avos and he just drops ’em in, skin, pit and all. Ivan, no, you dummy, what? On The Bachelor the women were basically living off only avocado, and you’re just like I’ve never seen one of these??? 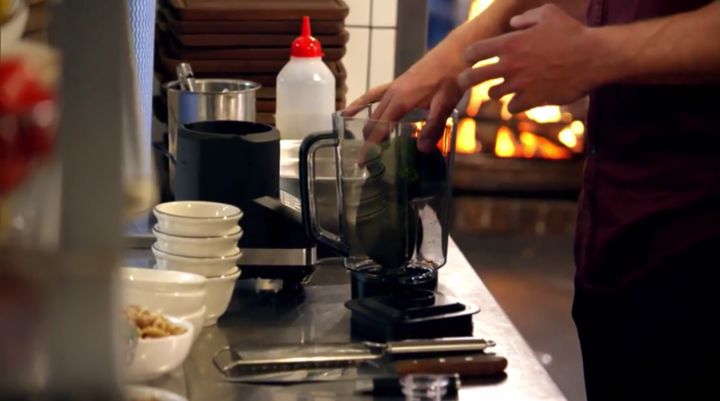 Is avocado a fruit or a vegetable?

Now for Bill and Ali to talk about their feelings. Bill knows Charlie thinks he’s insincere, but what does Charlie’s opinion matter?

“I put my life on hold, why would I come on here and make up lies?” The guy, who may or may not be Courtney 2.0 (Georgia Love‘s season, look it up), doesn’t really seem to have anything to gain from a stint on Bachie – it’s not like he’s trying to score a dance spin-off. He’s just a bloke trying to find love while Charlie is trying to sabotage his biggest threat.

Still, it’s pretty entertaining how Ivan’s blending is interrupting their serious convo. He manages to shout over the top of a blender failing to blend an avocado pit: “I would hope that you’d trust your feelings and the time that we spent together.“

That mousse looks inedible. It seems like Ivan’s forgotten all the other ingredients, so Ali is eating it to be polite, but washing it down with lots of wine. You’re gonna need lots more wine, girl. Dump him for being a bad cook.

There’s some Red Rooster product placement, yum yum, when we cut away to see what the lads are up to. Charlie’s threatening to walk if Bill comes back, and a bunch of dudes are honest about how much they’ll miss Ivan. I’m sorry, guys, she’s definitely choosing Bill because the game isn’t which bloke do you wanna hang out with the most, it’s who dose she want to fuck/have babies with, babies that may end up looking like one of them. What if her baby with Ivan had a terrible back tat too? 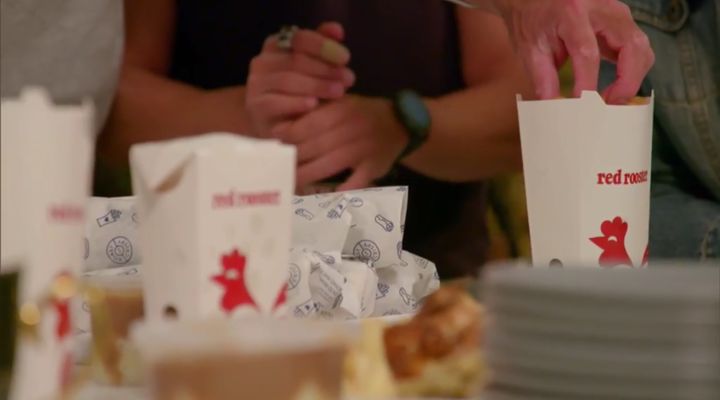 When Ali chooses Bill, as we always knew she would because she is not moving to America for anyone ever again, and just thinks Ivan’s a loveable goof, Ali says nice things to him about his future and his kind nature. What does Ivan say? He wanted to dance for her, and then walks out all pissy to a conveniently waiting car.

It’s brutal, his heart’s been stomped on, especially in his exit interview where he says he’ll be rejecting her when she inevitably begs for him back, and sweetheart, no, she doesn’t want to bone you, she will not be asking for you later. Anyway, he cries again, owie, owie. And Bill? He comes away with a rose, but he’s ready to confront whoever’s been slamming him to Ali (he knows it’s Charlie). Let’s get ready for a B.I.F.F.O.

The blokes are hanging out waiting to see what happened. You can tell Rob just wants Charlie to stop meddling and to focus on his own feelings for Ali, not anyone else’s. There are many very disappointed guys when Bill heads off, but Charlie really, we don’t care that you don’t trust him, it’s not your choice, you’re not her real dad. Charlie does a bullshit-bullshit-bullshit storm-out, and Bill’s just grinning because why so dramatic?

“It’s The Bachelorette, not The Charlie Show.” 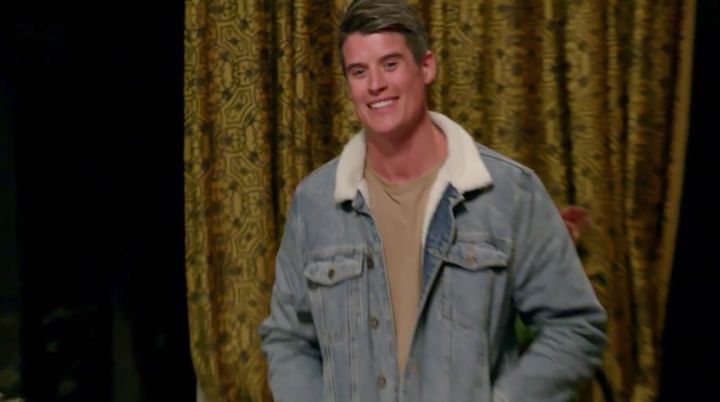 Storm out again, Charlie, go on, do it.

The group date features children, so that everyone is fully aware that Ali really wants a bubba of her own. They’re building bikes for strangers’ kids. Where did they kidnap the kids from? Who are these men? We don’t know half of them really, but here are their names: Taite, Pete, Charlie, Rob, Todd, Dan (could be any of the Dans, they’re indistinguishable, how are they all still there?).

Ali loves watching men hang out with kids, it makes her ovaries hurt. When one dude crouches down to talk to their kid friend for the day, they all follow suit, except Rob, who doesn’t get along with kids. He says no good with them – sure, he wants his own, but who likes other people’s kids? It’s pretty funny that he gets the one kid with a scarf though, the fashion kid. He notices it too.

Thank God Todd is here to look at because he’s unbelievably good-looking and also good with kids. Why doesn’t she pick Todd for everything, every day?

Thankfully almost everyone here is tradie, so most are comfortable putting bikes together. The first person to do so gets one-on-one time, and Charlie is hell bent on winning. It’s nice to see most of them try to teach the kids about screws and stuff. Taite cannot build a bike, but Ali likes that he’s overcompensating by being a goof. He’ll be safe tonight. Dan’s kid gives up really quickly. 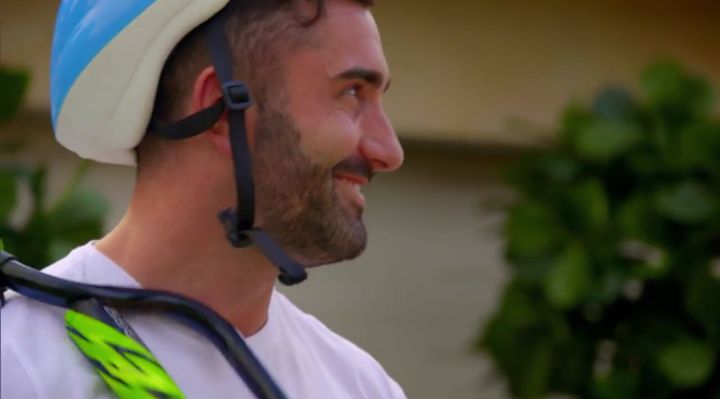 Let’s pretend to build a bike.

Ofc Charlie wins, and they hang out by a fire, and she’s all happy he wants to look after her, and somehow they’re wearing brand new outfits, so I don’t know if this means all the blokes who went out for the day brought a change of slacks or if they drove by the mansion to get his stuff. It’s very confusing. Like when Ali gets ready for the night portion for three hours, what does Charlie do?

He gets a rose for being good with kids, obviously they kiss – it’s too audible – and so Charlie returns all smug. The Bill-Charlie rivalry is so deeply boring, I’m ready to gouge my eyes out.

Finally we make it to the cocktail party, and Charlie is still smug, calling himself the frontrunner. He seems to resolve his issues with Bill and they’re all buddy-buddy, focusing on their own connections.

Jules loves their new friendship/is baffled for it. The dude smiles about literally everything. Paddy is just confused by their bro-down. 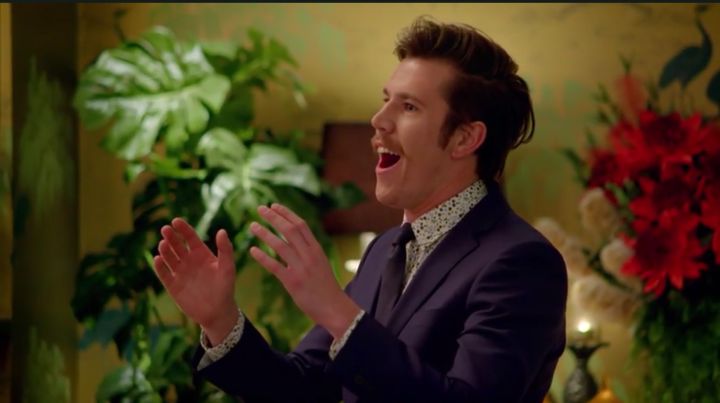 What is happening rn? I LOVE IT.

Well, that call from Ali really pisses Charlie off again, and he’s back on the war path against Bill, and pls shut up now, sir, be more chill. What is not trustworthy about her coming to him and asking to hang out? The dude loves a tanty.

ROSE CEREMONY! Everyone’s hair looks extra grey in this light. The surprise kisser Danny should be the one to go, but shockingly he is not. She should probably just kick out like half of them and hurry this whole process up. But instead we have a final three that includes Todd and Jules, and no, you should’ve sent Pete home, wtf. If you take Todd off the telly, I’m rioting. Todd: “I hope she sees how handsome I am” (not an exact quote).

Here are my actual notes:

Okay, back to being profesh. Omg, miss you Jules already, you beautiful moustachioed man. He hugs his sads out with the other boys, and leaves with these parting words: “Ali, you’re a bloody darling. Gents, someone marry her.“ 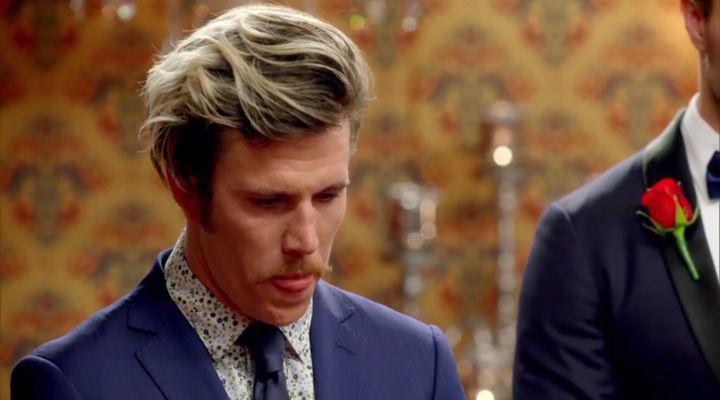 I knew this was coming but I’m still gutted.