The fan favourite from Richie Strahan‘s season famously left the show mid-rose ceremony, refusing Richie’s offer of a rose with an explanation that she couldn’t fall in love in that setting. Shortly afterwards, she began dating fellow contestant Tiffany Scanlon. Two Bachelor contestants rejecting the Bachelor and falling in love with each other instead? It was the 2016 love story that we deserved.

It’s not the first time a contestant has been openly queer on the show. In Matty J’s season, Natalie Holmberg introduced herself by telling him that her last partner was a woman*, but claimed that a shot of his washboard abs had “turned her straight again”. Shockingly, that didn’t go down well with the queer community.

But Bachelor in Paradise works very differently to your usual Bachelor show, with contestants actively encouraged to ‘see if they have a connection’ with multiple people, playing a bizarre game of musical chairs (musical baes?) to try and stay in paradise.

So when Megan entered paradise last night, it became the first time this extremely heteronormative show actively worked to celebrate its contestants’ queerness.

“There’s definitely a potential to hook up with guys or girls in Paradise,” she said in her opening montage bit, which included shots of her and Tiff from their season. “I just want to get there and see what happens.” 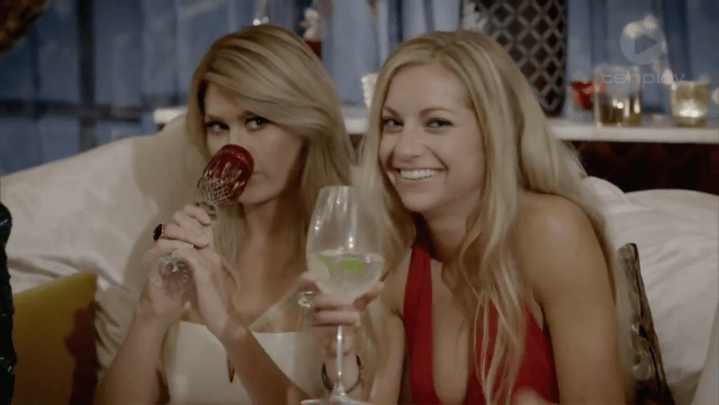 Straight off the bat, Megan was open about her sexual preferences (she’s rejected the label “bisexual” in the past, but it’s not clear if she still feels that way).

“I’m hoping that Jake [Ellis] is here,” she told host Osher Günsberg. “To be honest, I’m kind of hoping that Elora [Murger] is here. Obviously I like girls and guys. I don’t know if any of the girls are going to swing my way, but if they do, we’ll see what happens.”

“To have so many options!” said a clearly stoked Osher.

“I know!” she replied. “I’m lucky, right? Everyone else has half and half, and I have the whole lot. It’s awesome.”

Unlike other incoming contestants, Megan was given a date card before entering the resort. She picked contestants – without knowing their gender – from a menu of personality traits, with Osher returning to “take her order”.

“I was really shocked and surprised to get the date card and personality menu,” she said in her to-camera piece. “I thought it was really creative and really cool. I don’t know if its a guy or a girl, but I do like a man that’s quite manly. And actually I like curvy women, too. Big turn on.”

Unfortunately for every queer viewer hoping for an immediate lady date, Megan picked Jake, based off his personality traits of “cheekiness, tinged with adventure, paired with genuineness and served with care.”

Coincidence? Given it sent Florence into an absolute tail spin for the tenth time that day, probably not.

*A STORY IN THREE PARTS* 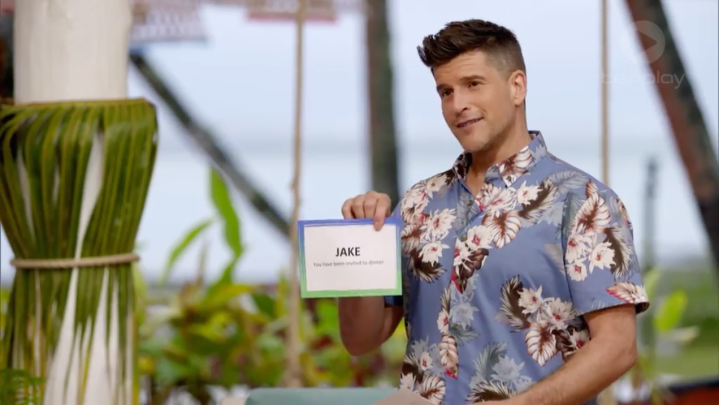 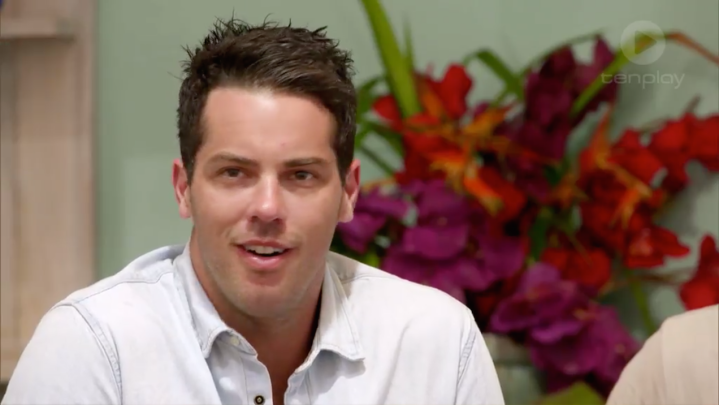 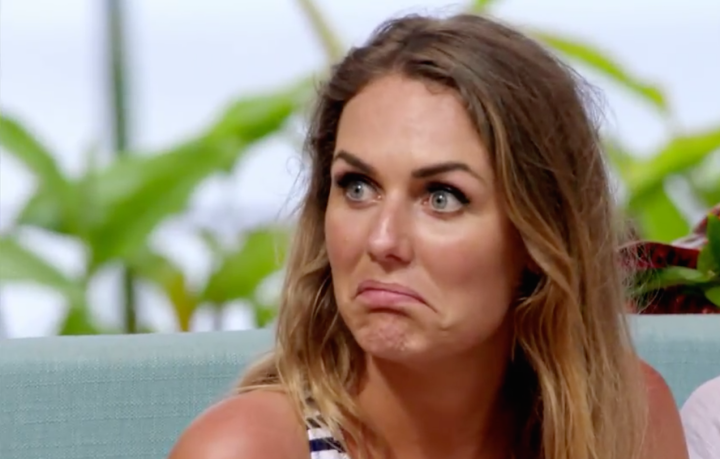 Osher even took care to use non-gendered pro-nouns when announcing the date, which was a nice lil’ touch. We’re not sure if any of the other girls in Paradise also identify as bi / queer and were even an option for Megan’s date, but THE VIBE WAS THERE.

But we already know from the trailers that Megan and Elora hook up at least once in the pool, so presumably this spark doesn’t last too long. TBH, that’s not surprising in the least. Honing in on the hottest girl in the room feels a bit like Jake’s MO, and Megan has proven that she doesn’t tolerate bullshit.

What happens at the rose ceremony is still a mystery; the next rose ceremony is tonight (Tuesday), and it’s the boys giving them, so who knows how producers will play this one when it comes time for Megan (or any other queer contestant) to give a rose.

But in the meantime, it’s a titchy step forward for bisexual awareness, and people are absolutely stoked we’re seeing it on one of the biggest reality shows in Australia.

I am so stoked that I got to have a conversation about alternate sexual preferences on prime time TV. x #BachelorInParadiseAU

Honestly though, how cool is it that we have someone like Megan openly talking about being bisexual in a prime time tv slot?! Representation matters #BachelorInParadiseAU

Me when Megan arrives and talks about hooking up with the guys and the girls #BachelorInParadiseAU pic.twitter.com/7kVGOzoU9T

I just love how straight up chuffed Megan is to be bi and on #BachelorInParadiseAU#biVisibility pic.twitter.com/2ud0tpuXsP

Was very scared her whole relationship would go ignored! Thankful it was acknowledged ???????? https://t.co/8Ff6RqgyLx