Your tall and extremely handsome boyfriend Armie Hammer reckons a Call Me By Your Name sequel won’t happen and it’s grounds for a breakup, IMO.

In an interview with Vulture, the big QT revealed that mini QT Timothée Chalamet isn’t interested in reprising his role as Elio in the potential follow-up flick and he’s low-key on the same page.

“Timmy’s out! I’m not sure why. Timmy said the only way he’d do it is if they paid him $15 million,” Hammer joked.

He added that there had been “really loose conversations” about a sequel but nothing has quite come to fruition as of yet. 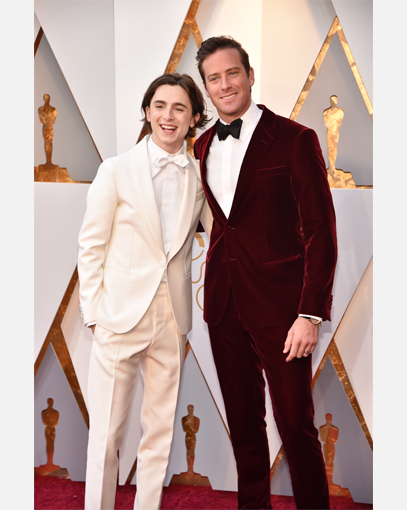 “I’m sort of coming around to the idea that the first one was so special for everyone who made it, and so many people who watched it felt like it really touched them, or spoke to them,” Hammer said.

He continued, “And it felt like a really perfect storm of so many things, that if we do make a second one, I think we’re setting ourselves up for disappointment.”

“I don’t know that anything will match up to the first, you know?” Hammer added.

Armie sure is singing a different tune than he was back in September when he told Variety that the second film “will happen because there are already people working on it and trying to make it happen.”

While old m8 Timmy is defo out for now, Armie adds that if his co-star changes his mind and director Luca Guadagnino is onboard, then he’s down for it.

“I haven’t had that conversation with them explicitly. If we end up with an incredible script, and Timmy’s in, and Luca’s in, I’d be an asshole to say no,” Hammer said.

“But at the same time, I’m like, ‘That was such a special thing, why don’t we just leave that alone?’”