There’s trouble brewing between the Versace family and the producers of FX‘s highly anticipated series, The Assassination of Gianni Versace: American Crime Story.

The series – by acclaimed producer Ryan Murphy – tells the story of Versace’s (Edgar Ramírez) death at the hands of serial killer Andrew Cunanan (Darren Criss) and the events that followed, but also delves into Gianni’s relationship with his sister Donatella (Penelope Cruz), who helms the brand today.

On Monday, the Versace family released a statement criticising the new series, claiming that they have “neither authorised nor had any involvement [on the series] whatsoever”, and that “it should only be considered a work of fiction”.

On Tuesday, Murphy refuted those claims, saying that “it’s not a work of fiction … Versace is based on a non-fiction book by Maureen Orth that has been discussed and dissected and vetted for close to 20 years. She works for Vanity Fair. Maureen Orth is an impeccable reporter and we stand by her reporting. Our show is based on her reporting so, in that way, it is not a work of fiction, it’s a work of non-fiction obviously with docudrama elements. We’re not making a documentary.” 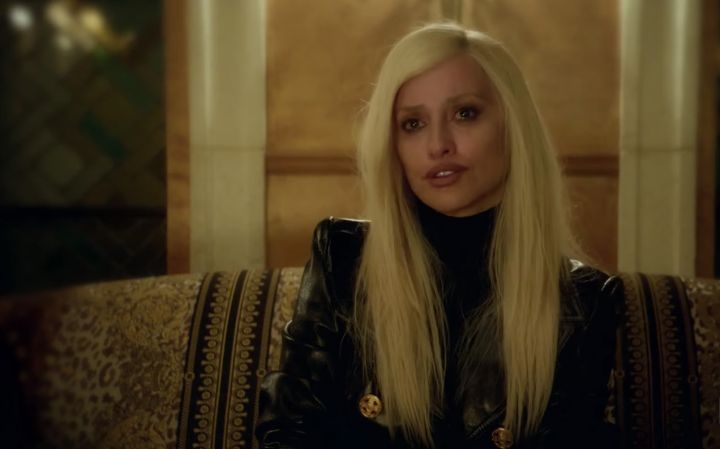 On Wednesday, Versace released a longer statement, claiming Orth’s book itself “is full of gossip and speculation. Orth never received any information from the Versace family and she has no basis to make claims about the intimate personal life of Gianni Versace or other family members. Instead, in her effort to create a sensational story, she presents second-hand hearsay that is full of contradictions.”

The statement then refutes Orth’s claim that Versace was HIV positive at the time of his death.

“As just one example, Orth makes assertions about Gianni Versace’s medical condition based on a person who claims he reviewed a post-mortem test result, but she admits it would have been illegal for the person to have reviewed the report in the first place (if it existed at all).  In making her lurid claims, she ignores contrary information provided by members of Mr. Versace’s family, who lived and worked closely with him and were in the best position to know the facts of his life.

“Gianni Versace was a brave and honest man, who engaged in humanitarian work for the benefit of others.  Of all the possible portrayals of his life and legacy, it is sad and reprehensible that the producers have chosen to present the distorted and bogus version created by Maureen Orth.”

And now, today, the publisher of Orth’s book, Random House, issued a statement in defence of its author.

“First published almost 19 years ago, Vulgar Favors is a carefully reported and extensively-sourced work of investigative journalism by an award-winning journalist with impeccable credentials. The book has stood the test of time and is widely regarded as the definitive account of Andrew Cunanan’s chilling crime spree. Random House stands by the book and its author, Maureen Orth.”

While speaking to Vanity Fair’s podcast Little Gold Men, Orth declined to comment on Versace’s statement that her book is full of “gossip and speculation”, but said: “There is no doubt in my mind that those two [Versace and Cunanan] met. That is absolutely fact-based, on-the-record reporting.”

However, she did claim that the series takes some creative license, adding that “Yes, there are a few places where things didn’t happen at all.”

More Versace tea! @rilaws and @jowrotethis spoke to @maureen_orth in their new podcast about the Versace American Crime Story (!!!). I asked VF if Maureen had any comment about the family's statements about the show and her book, and a spokesperson wrote back the following pic.twitter.com/FMPbq7cYAj

According to Variety’s review, the series attempts to do for homophobia what the first season did for racism, examination the botched manhunt for Cunanan in partial fact because he was gay.

“The Assassination of Gianni Versace opts for a story that emphasises a titanic struggle of gay identity, ranging between the creative warmth of Versace, the corrosive shame of Cunanan’s earlier closeted victims and Cunanan’s own desperate striving,” writes Sonia Saraiya.

There’s no word yet on when the series will be available for Australians, but we’ll keep you posted.