As an extreme Selena Gomez fan boi, I literally felt sick to my stomach when she signed on to star in Woody Allen‘s upcoming project A Rainy Day in New York. Seeing the shots of her and co-stars Timothée Chalamet, Jude Law and Elle Fanning working on set with the known sex offender were extremely disappointing and unnerving, to say the least.

Not only that, but the fact that Amazon agreed to release a Woody Allen film via their streaming service in the midst of the #METOO movement when women and assault victims were finally having their voices heard. 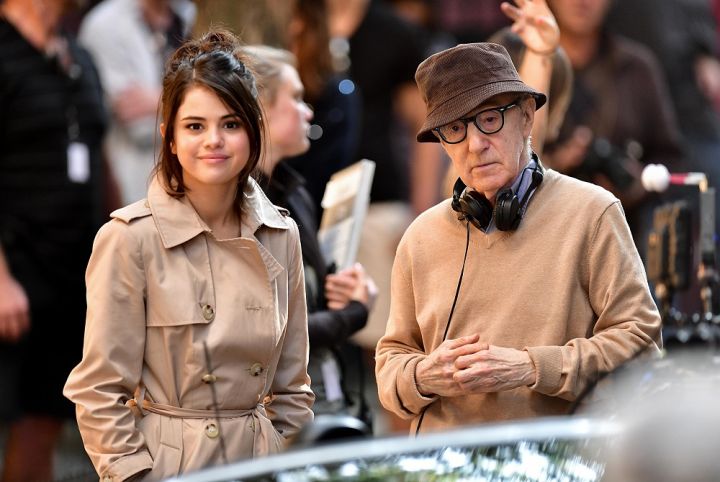 Gomez and Allen on the set of the film in New York last September (Credit: Getty Images)

But now I can happily report that the higher ups at Amazon have come to their senses and have decided to shelve the project indefinitely and may I add A-fucking-Men.

The movie had been slated for a 2018 release but Amazon now says, “No release date has ever been set for the film.”

The content of the movie itself was beyond fucked. Law plays a 44-year-old character who flirts with Elle Fanning, playing a 15-year-old who says she’s 21. Yep.

You’d think that even at a selfish, fan boi level I would at least be upset that a movie starring queen Selena and mega cutie Timothée was created but will never be released, but no. I am not upset, in fact I am overjoyed at the turning tides where companies are making the conscious decision to strip sex offenders of their power to distribute art.

I’m not upset at all that the movie will never see the light of day ‘coz that’s exactly where that shit belongs. In the darkness.