PEDESTRIAN.TV has partnered with Disney to show you how great your friendships can be.

You can learn a lot about friendship from movies and TV. Whether it’s how to actually be there for your mate when they need it the most or getting out of a sticky situation at a party you’re definitely not invited to, some famous friendships can teach us a lot about our relationships IRL.

Here are 5 on-screen friendships you should be taking cues from, folks.

Unlike most friendships, Buzz and Woody actually started theirs as enemies. Buzz entered Andy’s bedroom as a flashy new birthday present, and Woody, being the favourite at the time, simply couldn’t hack being second best to some bloke in a spacesuit. And look, Buzz was being difficult too, but mainly because he actually thought he was a real-life space weirdo and not a “child’s plaything” as Woody famously says.

After finally accepting he was a toy, the duo became great pals and Toy Story 2 through Toy Story 4 are the receipts to prove it. Any friendship born out of friction is one that can weather pretty much anything, and in this case, it’s a friendship worth envying. 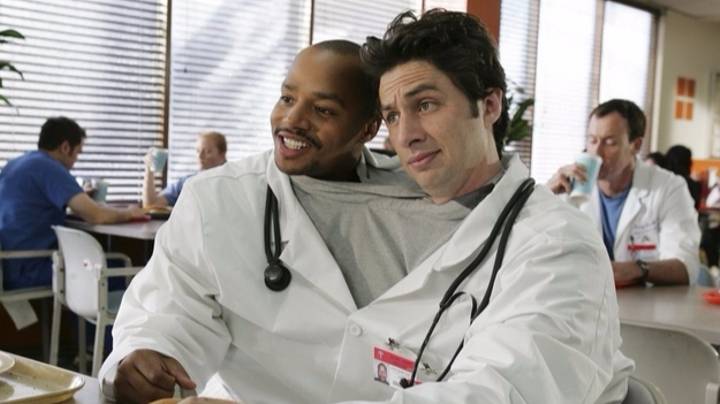 There is no earthly pleasure better than working with your best friend, and Scrubs characters Turk and J.D. illustrate this point perfectly. The surgeon and attending physician duo work at Sacred Heart Hospital, but were also roommates and attended medical school together. In other words, they’re pretty damn close.

Sure, they might work in different areas of medicine, but who cares? Just because you work in different departments doesn’t mean you can’t smash lunch together or sneak away for some cheeky shenanigans around the water cooler.

Over 9 whole seasons of medical hijinx, the pair stay loyal to each other as only best friends can. The moral of the story here is, find you a friend you can work with every day.

In the 1960s, Ford really wanted to kick Ferrari’s ass in an endurance race called Le Mans, so the company set a team to work on developing a car that could do just that. Two of these people – and the ones central to the story of the new flick, FORD v FERRARI – were visionary car designer Carroll Shelby (Matt Damon) and arrogant professional race car driver but devoted family man, Ken Miles (Christian Bale).

In real life and, of course, in the movie, Ken and Carroll (has a nice ring to it, no?) were good mates, and they were certainly partial to a good biff every now and then, but it only managed to bring them closer together as friends.

While FORD v FERRARI certainly delves into the thrills of the racing world and the massive corporate battle between two auto behemoths, it also explores the importance the bond between Ken and Carroll played in the venture, and their respective actors recognised this well.

“They were different people, but they had this same passion to build this thing, and they had to do it together,” Damon said in an interview with Entertainment Weekly.  Bale also knows the value in a bit of argy-bargy between mates.

“I’m sure you’ve got friends that you really became much closer friends [with] after you’ve had a fight,” he said in the same interview. “You’ve seen the other side of them, and if you can overcome that, then you’re truly good friends because you know no matter what happens, there’s that glue that’s gonna bind you together.”

That’s right, sometimes fighting with a pal will only make you both stronger together, and for this on-screen pair, it allowed them to overcome incredible odds and build a car that kicked Ferrari’s ass. Sometimes in life, you just need someone who can bail you out of a sticky situation. No other TV BFFs are better at this than Broad City‘s Abbi and Ilana.

While neither of them does themselves any favours when it comes to getting through the day normally, there’s no situation too dire for one to help out the other. Whether it’s rescuing Abbi from a literal hole she fell into while rollerblading or getting a rogue elderly relative back to his nursing home, you can bet that Abbi and Ilana will do it with a smile (and maybe some dank nugs). 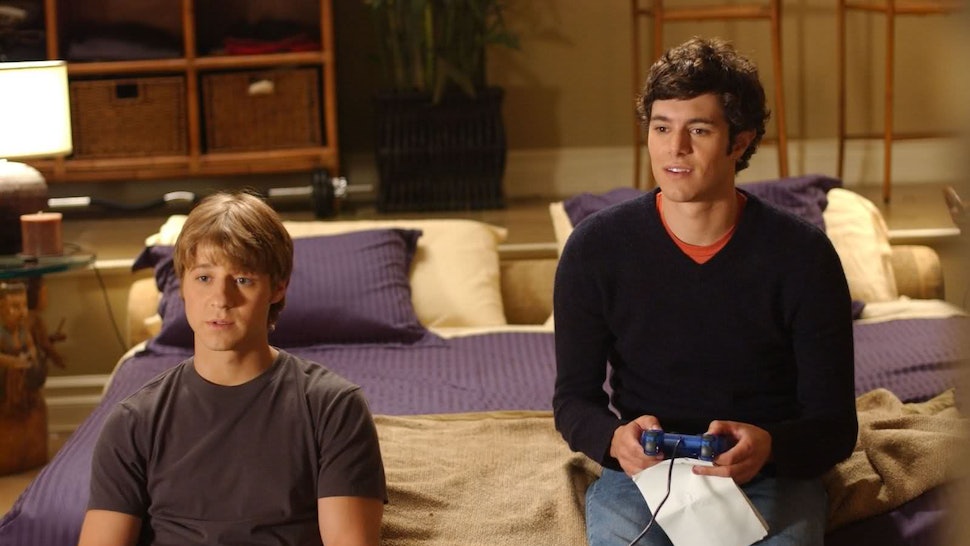 The friendship that defined our generation. Seth and Ryan showed us that sometimes the best mates can come from the other side of the tracks.

Brought together by the kindness of Seth’s father, the pair certainly get off to a shaky start, but eventually become the best of pals, getting up to all sorts of mischief over 4 seasons of teen drama gold.

Whether you identify as more of a nerdy Seth or a strong silent Ryan, the iconic odd couple goes together like Maltesers and popcorn – they shouldn’t work together at all, but godammit they just do. Never let external differences stop you from forming a bond with someone.

If your relationship with your best mate is similar to even just one of the above, then you’ve got a keeper there, my buddy.