There’s been a huge break in the curious case of how long Zac Efron has *really* been in Australia and when he *actually* started dating his Byron Bay (now-ex) girlfriend, Vanessa Valladares.

Local ledge Winnie Blues rolled out one of her classic confessions-style Q&As on Instagram recently (I implore you to check ’em out, they’re pure fkn gold) and lucky for us Zac Efron conspiracy theorists, some Zac-related blind items cropped up.

A gal claims that she was dating Zac Efron before “anybody knew he was even in Australia” early last year. Winnie backs up this yarn, writing that she “can confirm I know this person and it is true.” 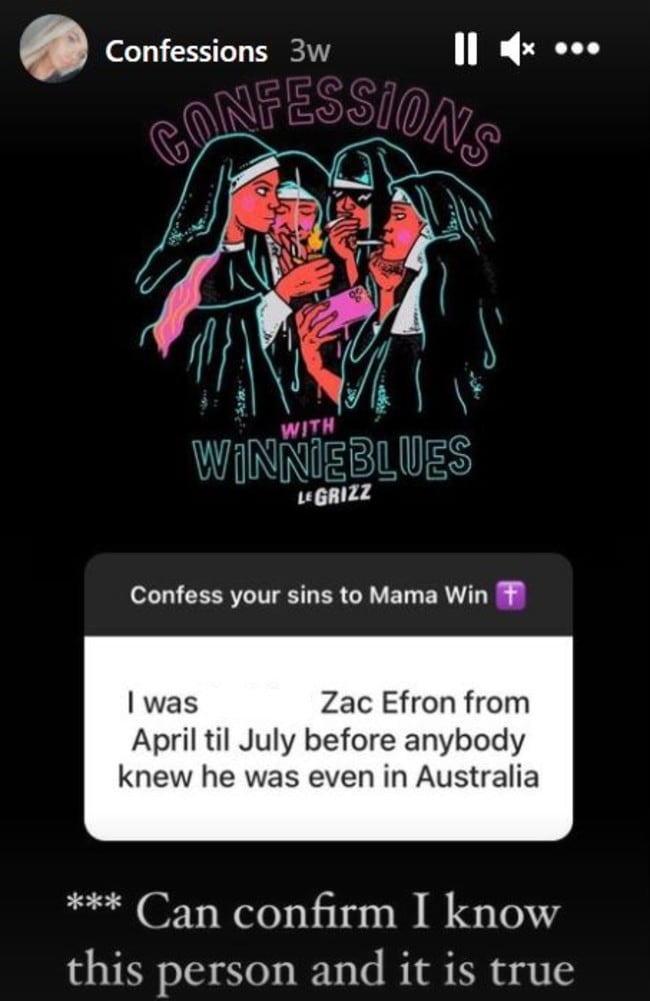 According to a text convo that was shared, Zac Efron is “all about pleasing the girl,” which we absolutely love to see. The woman claims to have dated Zac from April until July last year.

“He’s the nicest guy I’ve ever met,” she concluded. Bless!

Winnie Blues then points out that she’s had many responses from girls asking what he’s like in the ol’ sackeroo and she says she will ask her mate to clarify. God speed, friend. God speed. 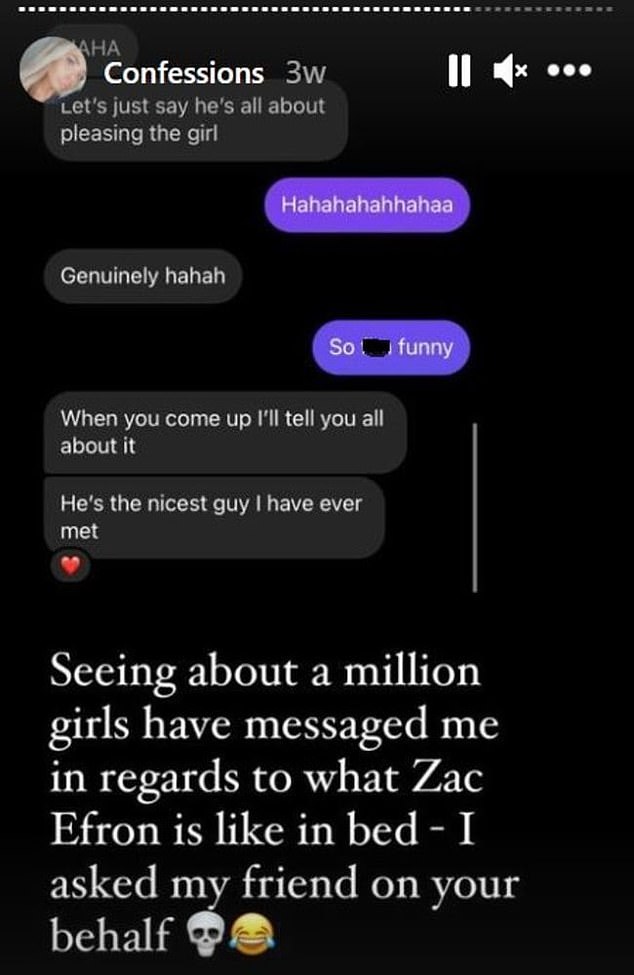 ICYMI: There’s currently speculation as to how long Zac Efron has been in Australia and when he and Vanessa actually started dating.

It’s long been reported that Zac and Vanessa got together after meeting at the cafe where she worked, The General Store in Byron Bay. Now, this is alleged to have kicked off in July last year (around the same time that the aforementioned gal stopped seeing him), but an unexpected IG comment found on one of Vanessa’s posts from 2017 has thrown this into question.

A woman by the name of Debra Kelly wrote under one of Vanessa’s selfies in December 2017, “Take care god bless you and Zac xx”

The comment was made 162 weeks ago, which translates to over three years ago, but hold on a fucking minute, I thought Vanessa only started dating Zac Efron in July of last year?

Zac Efron only touched down in Australia last year, so how could he possibly have been linked to Vanessa 162 weeks ago? This puts a ‘yuge, gaping hole in the entire timeline and the fantasy that Zac met Vanessa while she was waitressing and asked her out.

Meanwhile according to the latest update, he’s been in Australia longer than we realised and apparently Vanessa isn’t the only gal he got with.