Your Honor is a 10-episode legal thriller starring Cranston as Michael Desiato, a hugely respected New Orleans judge whose teenage son, Adam (Hunter Doohan), is involved in a hit-and-run that leads to a messed up web of lies, deceit, and impossible choices. 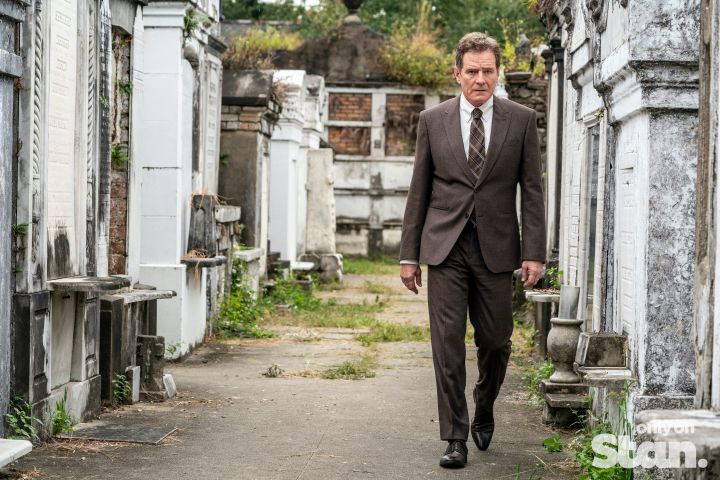 It’s got an absolutely stacked cast, including SAG Award winner Michael Stuhlbarg (Call Me By Your Name) as Jimmy Baxter, the much-feared head of a crime family, and Emmy and Golden Globe nominee Hope Davis (For the People) as his wife, Gina, who may or may not be more dangerous than her husband.

Not to mention, Carmen Ejogo (Selma) also stars in the series along with Isiah Whitlock Jr. (Da 5 Bloods), and Sofia Black-D’Elia (Viral).

Peter Moffat, who has a slew of telly shows to his name, serves as showrunner. He has titles like HBO’s award-winning series The Night Of on his CV.

Your Honor premieres December 7 only on Stan.

Adam is so screwed – sorry, Adam.

As for what you can expect to hit Stan next month, think a slew of childhood favourites including Chicken Run (!!!), Antz, The Price of Egypt, The Road to El Dorado, and Spirit: Stallion of the Cimarron. They’ll all land on Stan come November 20.

READ MORE
After 84 Years, We Finally Have Our First Pic Of Tom Holland As Nathan Drake In Uncharted

If you’re after some fresh titles, Stan will premiere all episodes of the rebooted Saved By The Bell on November 26 and weekly episodes of docuseries The Reagans from November 16.

And of course, who can forget about the corny Chrissy films? I like to think the cornier the film title the more trash the movie is.

Honestly, that’s just scratching the surface, but you get the point – there’s loads to work with here.

If you’re looking for some genuinely good Chrissy films though, Stan’s got that too.

You can stream Love Actually, How the Grinch Stole Christmas, The Holiday, and Christmas with the Cranks right bloody now.

Something for everyone, hey? Check it all out on Stan.