Young Talent Time Redux Due In 2012

Young Talent Time will return to Australian television screens in 2012. If you need to go lie down or get a cold compress or something that is totally understandable.

Anyone who experienced the Eighties as a human (ages 5+) would be relishing the return to an epoch of variety television so gold it makes Hamish and Andy look like a couple of melted puddings. If you missed it, in a nutshell Young Talent Time was the Australian rendering of the American show that launched a thousand teen idols: The Mickey Mouse Show.

Toothy white youngsters belting out pop hits with choreographed dance moves. But instead of Britney Spears and JC Chasez, Young Talent Time made the careers of Tina Arena and Dannii Minogue. And who could forget smouldering dreamboat Bevan Addinsall. 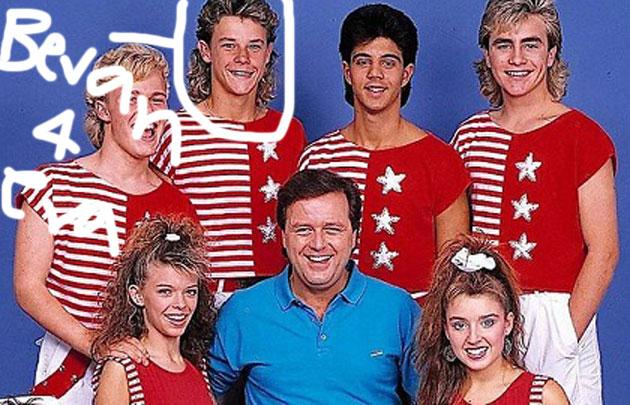 Last night Network Ten revealed that a YTT redux will be hitting our screens in 2012 as part of the new programming lineup, which also includes an adaptation of Kathy Lette and Gabrielle Carey’s classic coming-of-age novel Puberty Blues, and a show based on the life of Wikileaks’ editor Julian Assange called Underground: The Julian Assange Story.

Now can someone please bring It’s A Knockout back next – if only for the opening titles.