You’ll remember William from episode three, A Decent Proposal, of the wildly popular series’ second season. He’s the quality man, so in love he created a whole new word to try and express just how much he truly loves his partner. And that word is Shannan – “I Shannan you”.

Just from that one episode you could tell these two were sweethearts. They paint together, have a framed picture of a love note, and they even had a damn book created about their love story.

William’s proposal is one you can only describe as decent x a million. With the help of the Fab 5, William got all dressed up in a white suit, filmed a short romcom starring himself, and then showed the film at an open-air cinema. Shannan, who had no idea what was happening, absolutely lost it as William appeared from backstage, dropped to one knee and proposed.

William announced the beautiful news via his WITH THE MOST GORGEOUS PHOTO CAPTIONED:

On June 16th, I married my best friend Shannan on the beach of Amelia Island at sunrise.

Queer Eye sent out a message congratulating the couple, “Thank you for letting us be a part of your love story and we hope that the next phase of your life is filled with love, movies, and a lot of avocado goddess! We Shannan you both.”

Congratulations William and Shannan! Thank you for letting us be a part of your love story and we hope that the next phase of your life is filled with love, movies, and a lot of avocado goddess! We Shannan you both ????✨???? pic.twitter.com/2r2wxNQhdd 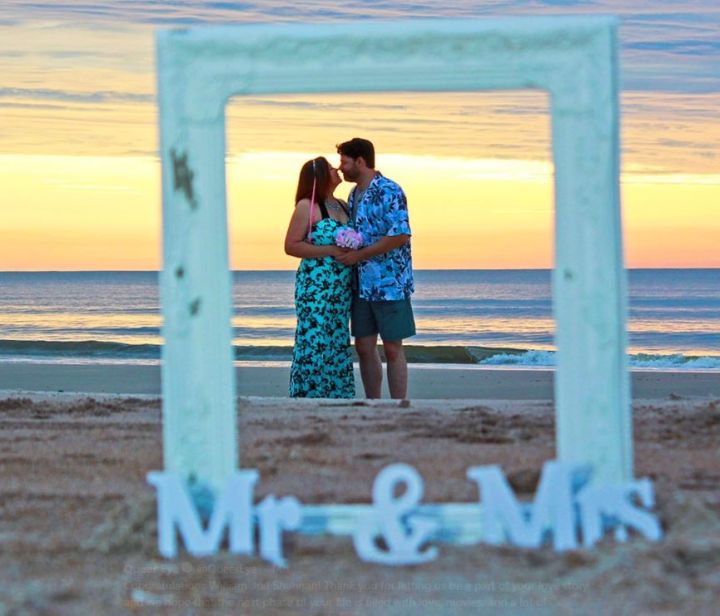 This is the third gorgeous wedding to come from the series, the first being Tom Jackson – the “You can’t fix ugly” chap from season one. Tom married love of his life, Abby Parr earlier this year restoring our faith in all that is good. The second was AJ Brown who married his boyfriend, Andre. Queer Eye announced the news just last month: