What The Fuck Was Up With ‘Passions’

Passions was, presumably, not meant to be seen by children. From 2001 to 2005, the soap opera was aired in Australia on Channel 7 every weekday afternoon in the deeply awkward 3pm timeslot. Unless you either lived immediately next door to your school or your family had in their possession a top-secret and highly illegal teleportation device, it was basically impossible to catch the show from start to finish. Instead, it was viewed through occasional glimpses facilitated by days when you were home sick or inexplicably set free from school early. Watching any TV show in this fashion would be disorienting but — in the case of Passions — this just made an already unhinged show completely incomprehensible.

Running from 1999 through to 2008, Passions had all the hallmarks of a regular soap opera: a limited number of set pieces in which scenes took place; long, convoluted plotlines centred around the very dramatic relationships of a handful of characters; and, of course, some absolutely shithouse acting. But it also had something else — something that elevated it above the rest of the pack. That something was witchcraft. A lot of it. Passions stood out because, at the time, few daytime television shows were bold enough to feature an evil witch and her evil animated doll sidekick as main characters. 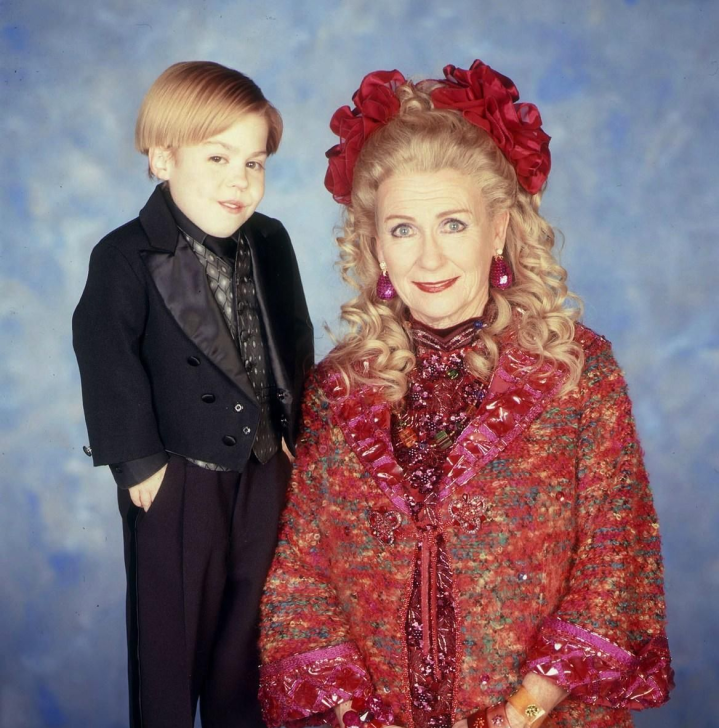 Somehow, the inclusion of a witch was not even the strangest thing about this show. Not by a country mile.

One of the first plotlines of the very first season of the show included a major character having been a close personal friend of the recently deceased Princess Diana. Not only is it revealed that that character, Sheridan, tried to warn Princess Diana of her impending death, but Princess Di features in the show as a guardian angel who brings Sheridan back from the brink of death after she herself is involved in an accident in the same Paris tunnel. This is how the scene is described in a recap from the quite dedicated TVmegasite.net:

Every episode I can recall catching the tail end of as a young, impressionable schoolchild seemed to involve someone being set upon by evil magicks and, from having looked at the show’s list of plot arcs, this was entirely representative of the show as a whole.

Take, for instance, the one where Charity (‘finally’?) gets trapped in Hell. Or the arc where Charity ends up fight a the zombie version of herself.

Or the time the witch Tabitha (who claimed to have been responsible for the sinking of the Titanic) disguised herself as Santa so that she could take out kill Charity and Miguel by electrocuting them with a Christmas tree:

Or the time a magical tree (???) told Charity to use her powers to save her friends from the tsunami that was about to engulf the town of Harmony.

And, sure, if you accepted that the premise of the show was ‘soap opera but with witchcraft,’ these things might be strange but not entirely unthinkable. But even the parts of the show that weren’t witch-adjacent were so abstract they were almost Lynchian.

As an example, here is how the character of Precious is described in the show’s Wikipedia entry:

Precious was a live-in nurse and caregiver for the elderly Edna Wallace. She was also an orangutan; unable to afford a human nurse for her disabled mother’s care, Beth Wallace employed Precious instead. During her stay in Harmony Precious developed an unrequited crush on Beth’s love interest, Luis Lopez-Fitzgerald, which was often depicted in elaborate fantasy sequences.

Yes, you read that correctly. The nurse is an orangutan.

It also heavily featured the other defining part of Lynch’s work: stark and shocking violence. In the case of Passions, the show leaned heavily on sexual violence to drive the plot forward, to the point that its Wikipedia entry features an entire 526-word ‘Sexual violence’ subsection.

It approached what is clearly an extraordinarily confronting topic with a whimsical carelessness that led to things like this: 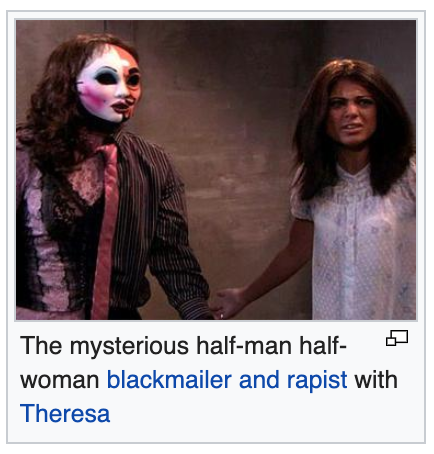 For a long time, I believed I had invented this show entirely — a sort of Pan’s Labyrinth situation, except instead of inventing a fantastical world as a method of dealing with deep and painful trauma, I thought I had made up a weird TV show out of boredom.

There’s no way, I thought, that dozens of grown adults could work in concert to produce a soap opera in which characters take turns condemning each other to deeper and deeper circles of hell. I could not have been more wrong; this show was entirely real, and ran for a grand total of 2,231 episodes. With each episode running for 40ish minutes minus the ads, that is around 60 continuous days of absolute madness. Was the show good enough to justify its continued existence? No. Were its ratings high enough to justify its continued existence? Also no. Was it put on this earth simply to traumatise children who were watching daytime television that should have been off limits? We can only speculate.