In an episode awash with dramatic scenes, explosions, brutality and deaths, the final scene in Game of Thrones‘ epic sixth season finale – where Daenerys sets off across the Narrow Sea with her swollen fleet – was the hardest to shoot, according to episode director Miguel Sapochnik.

“The final sequence of seeing the armada on its way to Westeros was complicated because it involved so many different ships, and we only had one that we had to redress and shoot again and again,” he told Vulture via email. “It was also raining and freezing when we shot it, and it was meant to be a Mediterranean climate. Emilia [Clarke] got so cold, her jaw started shaking uncontrollably and she totally lost her thread as far as what she was meant to be thinking in that moment (the cold will do that). She asked me to help, so I suggested that she just hum the theme to Game of Thrones in her head while we were rolling the cameras, and apparently that worked because it’s the take we used in the final cut!”

Sapochnik’s name is quickly becoming synonymous with the most spectacular Game of Thrones episodes out there: ‘Hardhome‘, ‘The Battle of the Bastards‘, and now ‘The Winds of Winter‘.

‘Hardhome’ and ‘The Battle of the Bastards’ were both defined by their dramatic + bloodthirsty battle scenes, but ‘The Winds of Winter’ played out as more of a crescendo that each character had spent six seasons leading up to: Daenerys crossing the Narrow Sea, Jon Snow being proclaimed King in the North, and Cersei ascending to the Iron Throne after – as she’s always threatened – burning the city to the ground. 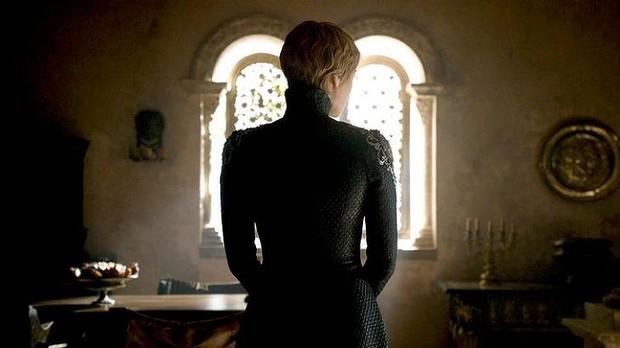 And if you thought that masterpiece of a sequence at the beginning – from Cersei getting dressed to Tommen‘s fall – had serious Godfather-vibes, you weren’t wrong.

“The Godfather definitely had a hand in the conception of this sequence, but I also looked at various James Bond sequences for the explosions of the villain’s lairs,” said Sapochnik. “We wanted to make sure that it didn’t feel like a cheap trick to blow up the Sept of Baelor, and at the same time embrace the fact that it was something that people probably saw coming. How could we make it still feel like a shock?

“I imagined a lot of it would be in the cutting, so I set about trying to break each scene I had into small beats, so that I could essentially cut up a scene into satisfying chunks that would go one after the other. That said, with all the planning in the world, when there are that many scenes, it’s a bit like the end of The Return of the Jedi — eventually you’re going to make it up in the edit room. And once we’d shot everything we thought we might need, that’s what we did. Slowly whittling it down until it felt like it was all one scene and of a piece. Then it was all about find a fitting piece of music that could convey the building tension and inevitable sense of something reaching a conclusion.”

The music – scored by bloody excellent composer Ramin Djawadi – is a haunting 10-minute piano and organ piece accompanied by two choir boys, and is extremely purposeful in its singularity; it’s one of the few pieces not linked to any character.


“Any kind of character theme could tip it, and we didn’t want to tip the audience,” Djawadi told Billboard in another interview, saying that Sapochnik originally threw the idea of using the piano out there. “The piano is not really in the language of the Game of Thrones score.”

It is now. Just read how Djawadi used the piece to build up the almost unbearable tension:

“I knew I had to start minimal and give it space. Let notes ring, then give it space, and build up the anticipation from there, without tipping in either direction. You want to watch the scene and slowly realise, “Wait, what are these kids doing here? And what’s this?” And you see the wildfire dripping. You start putting things together, like, “Wait, what’s going on?” It was very fun to build. We have organ in this, we have cello, we have solo violin. The big orchestra, the strings, don’t even come in until the very last minute or so of the piece. It was so tempting to start earlier, and make it blow up earlier, but I felt like it would be nice to wait until you see the visual of the wildfire and you realise what’s going on.”

Listen to it again on Spotify now and… *shudders*… chills, man.