Yesterday, Hamish & Andy accidentally stumbled across Australia’s best bloke. Nay, the toppest of the top bloke. The definition of mateship. The master bullshit artist himself who can lie through his teeth to help out a total stranger.

In short, they prank called a total stranger asking him to be a character reference for a (fake) interview, and not only did he agree, but he goddamn delivered. 11/10.

Their video of prank calling James to be a reference for ‘Tim Barnard‘ (Hamish) has gone absolutely bloody boonta, clocking up almost 5 million views overnight.

‘James’ has now been identified as James Lord (in name and nature), an electrician from Melbourne. 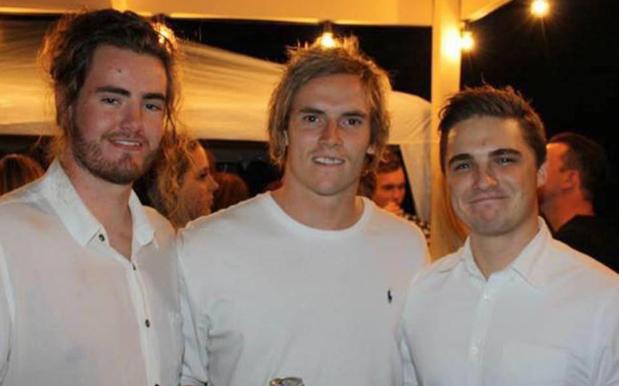 So did he have any idea what was going on?

“To be honest, I didn’t catch on at all,” he told us. “Looking back now I think, how didn’t I catch on? I always listen to Hamish & Andy and kind of hoped I would get pranked, because I thought I would be able to pick out their voices. But I didn’t. All I thought was, I just wanted to help this bloke out for some reason. I don’t know why but I did.”

After he got off the phone with Hamish & Andy, James put up this lil’ status as a send-up to the fake caller.

Shortly after, his phone carked it, so it wasn’t till he got home about two hours later that he realised just how much his legendary prank call – and this status – had blown up.

“I got home and my brother goes, ‘You’re famous’,” he told us. “Honestly, I couldn’t believe it.”

He woke up this morning with about 400 friend requests and countless inbox messages, and you don’t have to go very far on the internet to find literal thousands of people asking if James could be their next reference.

“My phone’s gonna die today,” he said, a bit bemused by the attention. “I didn’t bring a charger.”

Tbh, if every single person you meet today doesn’t offer you a charger and/or a beer, then this country is going to the dogs and we don’t deserve you.