Kenneth Grahame’s beloved childhood storybook ‘The Wind in the Willows’ with Badger, Ratty, Moley and the cross-dressing, vehicular obsessed Toad is getting made into a movie by WETA, Peter Jackson’s visual effects company, and being a dark-edged cautionary tale we assumed the adaptation would be more Tim Burton than Walt Disney. However, we’ve had a look at the teaser for the movie (due in 2012) and it looks less Tim Burton and more like Guillermo del Toro’s wonderful but freaking terrifying Pans Labyrinth.

Our jovial Toad now looks like something you’d rather take to with a golf club.

What happened to this lovable chap with the driving goggles and good times attitude?

Directed by Ray Griggs, the film is expected to cost up to $30 million and will use a combination of live action footage and digital animation. There’s a real cinematic trend in taking the classic childrens’ tale and reinterpreting it into the most twisted shit imaginable that makes you wonder how the hell kids these days can sleep at night. Ursula the Seawitch from The Little Mermaid was the stuff nightmares are made of and she is purple, underwater and 2D. 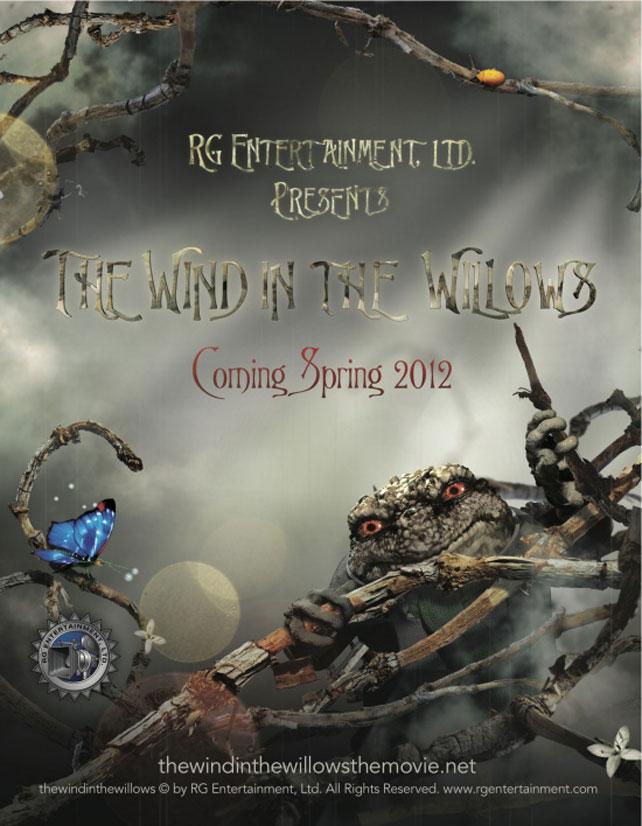