At the end of Prometheus, Michael Fassbender’s soulless (or is he?) organo-robotic spaceship assistant David was kind of… left without a body.

Welp, in a new promo for Alien: Covenant, the fictional company behind the whole operation has apparently found a way to preserve that particular David’s legacy: by introducing a physically identical being named Walter.

The slick featurette to herald Walter’s arrival doesn’t include any of the upcoming flick’s other cast members, so don’t expect to catch James Franco or Danny McBride palling around, but it is a damn fine piece of cinematic hype-building:

FWIW, that site – MeetWalter.com – leads to a page where you can “order” one. 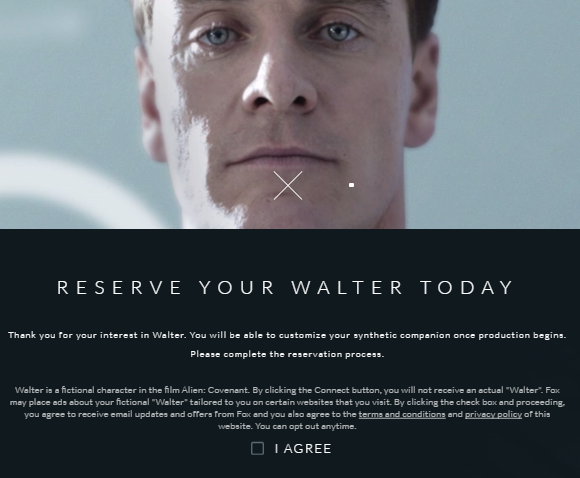 Pity about this clause, though: