Anyone who’s familiar with Nick Offerman and his Parks and Recreation character Ron Swanson (i.e. all of you) knows that they are, essentially, one and the same.

So it makes actual, perfect sense that Nick would be a spokesperson for Lagavulin Whisky, a tipple favoured by his Ron Swanson character, which in turn was inspired by Nick’s love of the whisky in the first place. The snake, good friends, will eat itself.

Here Nick stars in an ad for Lagavulin (ahead of Father’s Day in the United States) with none other than his actual, IRL dad – Ric Offerman! Nick and Ric! Nick and Ric fishing in a handmade canoe together! This is all too much.

“Working with my Dad (aka my hero) was a sincere honour and a treat – especially since all we had to do was go fishing. And if people have enjoyed my stoic expressions, then I expect they’re about to have their hats fly off when they lay eyes on the face of the august edifice from when I sprung.”

You’re goddamn right we’re in for some hat losing. And in case you were wondering – yep, Ric Offerman is also a wood-worker. 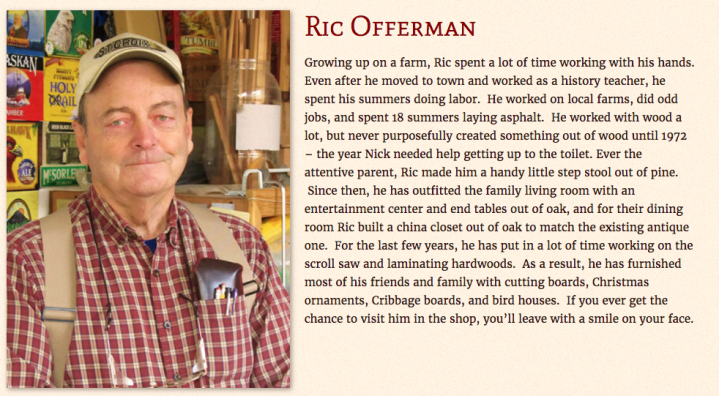 Watch the ad below, and laugh, cry, whistle, actually do none of these things because crying is acceptable at funerals and the Grand Canyon only and this is none of those things.