Well this looks unspeakably awesome: a new TV show about an Aboriginal superhero is hitting our screens this June, and it looks like an absolute wild ride.

Set in the near future, Cleverman depicts a world where a species from an ancient mythology must live among humans and “battle for survival in a world that wants to silence, exploit and destroy them”.

And if that hits a little close to home, then, well, it’s supposed to – judging by the trailer, Cleverman will feature strong overtones of the persecution Aboriginal people have been facing since 1788, including the devastating Stolen Generation. 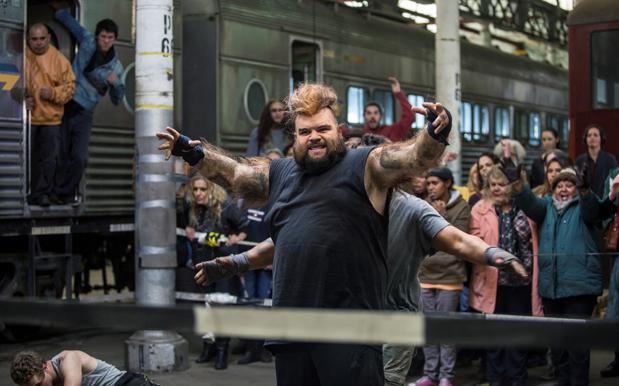 “I have a huge love of superheroes and comics,” said Ryan Griffen, Concept Developer. “It got me thinking about creating something cultural that my young son could connect to on a superhero basis.

Cleverman follows estranged brothers Koen (Hunter Page-Lochard) – who is destined to become the eponymous Cleverman – and Waruu West (Rob Collins), as they come together to fight terrifying enemies both human and “not of this world”.

The whole story is deeply rooted in Aboriginal mythology, and features an 80% Indigenous cast including Hunter, Rob and Deborah Mailman (The Sapphires), as well as being directed by Warne Blair (The Sapphires) and Leah Purcell.

“At its heart, Cleverman is a thrilling and sophisticated drama filled with conflict, unrest and smart storytelling. The show presents an allegorical view of some of the timeliest and urgent discussions going on our world right now — our collective treatment of minority groups and what common values we share that make us a society,” said Joel Stillerman, president of original programming and development for AMC and SundanceTV.

Watch the just-released trailer below:

Cleverman launches in Australia on ABC and ABC iView on Thursday, June 2 at 9:30pm.