There is only one way to preface this yarn and it’s by singing the words “IT WAS AGATHA ALL ALONG” over and over again until the next episode of WandaVision premieres on Disney+. I hate this weekly episode situation, I hate it. Anywho, if you would like to read up on Agatha Harkness and her history in the Marvel Universe, strap in. SPOILERS, obvs.

This is your last WandaVision SPOILER WARNING, before I dive into episode 7 and who Agatha Harkness is.

What happens in WandaVision, episode 7

Let’s begin with some context, shall we?

In episode 7, Breaking the Fourth Wall, Wanda (Elizabeth Olsen) and Vision (Paul Bettany) learn a little more about their lives in Westview.

Vision, back in the Hex, officially meets and forms an alliance with Darcy Lewis (Kat Dennings), who catches him up on his life (and death) before he started living the suburban dream.

Meanwhile, Wanda is feeling the effects of her latest trick, re: expanding the borders of the Hex. The furniture in her house keeps switching decades, no matter how many times she tries to fix it. So, she decides to have a Me Day, which consists of the twins spending some time at Agnes’ house.

Not to mention, she has a run-in with Monica Rambeau (Teyonah Parris), who is now sporting some new superpowers. Long story short: Monica tried to pass through the Hex’s powerful barrier using an armoured space rover, but failed big time. Naturally, she forces herself through it instead, doing an absolute number on her cells again.

The Hex contains high levels of CMBR (cosmic microwave background radiation), which transform Monica’s cells every time she passes through the barrier. So it makes sense that her second trip into the Hex – and her third time through the barrier – grants her new powers. After entering Westview for the second time, Monica’s eyes light up blue. 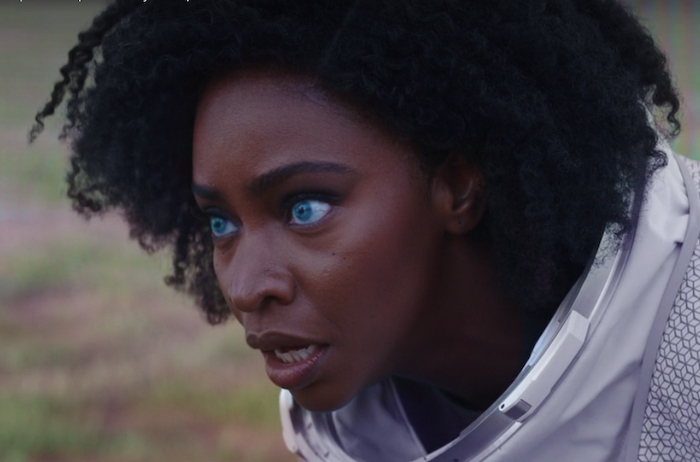 During her run-in with Wanda, Monica is able to break her fall using her new powers after Wanda lifts her into the air. INTERESTING.

Then, while Wanda is recovering from her almost-tiff with Monica in Agnes’ house, she suddenly realises the twins are missing. Where are they? In the basement, according to Agnes. But when Wanda makes her way downstairs, the twins are nowhere to be seen. Instead, Agnes’ basement transforms into a dark lair, thrumming with magic. From behind a column wrapped in vines, Agnes appears stroking her rabbit.

“You didn’t think you were the only magical girl in town, did you?” Agnes says.

“The name’s Agatha Harkness, lovely to finally meet you, dear.”

AND THEN, Agatha appears to put Wanda in a trance.

AND THEN, during a post-credit scene, Monica is about to enter Agatha’s basement when none other than Evan Peters‘ Pietro suddenly joins her.

AND THEN THE EPISODE ENDS.

So, who is Agnes?

Agnes is the first person Wanda meets when she moves into Westview with Vision. Played by the utterly brilliant Kathryn Hahn, Agnes is present throughout every decade of Wanda and Vision’s sitcom series. She’s always over at Wanda and Vision’s home, butting herself into their business, introducing Wanda to the wider Westview neighbourhood, and looking after the twins. She’s everywhere.

Fans have long speculated that there was more to Wanda and Vision’s overly keen neighbour, especially because of all the Easter eggs. More on that in a tick.

Who is Agatha Harkness?

Episode 7 revealed that Agnes is actually Agatha Harkness, a powerful witch who has been pretending to be one of the mind-controlled citizens of Westview. But really, she’s been pulling the (evil) strings. 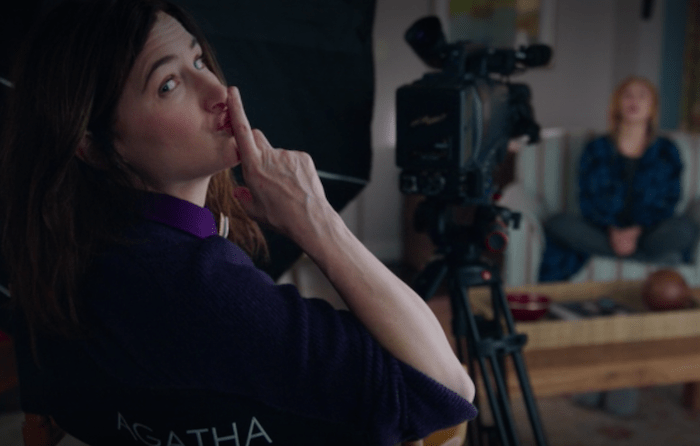 In Westview, Agatha’s the one who recast Pietro (Wanda’s brother) and she killed Sparky the dog. Agatha has been using illusions and some mind control, I’d say, to manipulate Wanda into creating and managing the Hex.

Why would Agatha do this? No idea!

But fans were pretty suss from the moment they found out Agnes’ rabbit was named Señor Scratchy (Agatha’s son is Nicholas Scratch in the comics). Plus, she dressed as a witch for Halloween, which was another very subtle clue.

Agatha Harkness, the character, first appeared in the Marvel Universe in Fantastic Four #94, which was published in 1970 by Stan Lee and Jack Kirby.

In that story, Agatha was a governess to Franklin Richards, the child of Reed (Mr. Fantastic) and Sue (the Invisible Woman), A.K.A members of the Fantastic Four.

But Agatha, who appears as an old woman in the comics, is actually one of Earth’s most powerful witches. She’s also ancient, like old enough to remember a time before Atlantis sank to the bottom of the ocean.

As an aside, there was a rumour going around last week that Reed Richards would cameo in WandaVision episode 7. People thought John Krasinski would play the role, but it didn’t happen. Could it still be a thing? I don’t know…

What is Agatha Harkness’ connection to Wanda?

Look, there’s too much to unpack in one sitting, but the gist is that Agatha Harkness was basically Wanda’s witchcraft mentor. But, uh, they had a pretty complicated relationship, re: the truth about Wanda’s twins Billy and Tommy.

The twins were born from a magic that once belonged to major villain Mephisto, and when he eventually reabsorbed his magic, the twins said bye-bye.

To save her from the heartbreak and to prevent her from fighting Mephisto, Agatha wiped Wanda’s memory.

For the most part, the Agatha in the comics isn’t as sinister as Hahn’s witch, so what’s the go?

Also, does this mean Mephisto will appear in WandaVision?

There are two more episodes to go and Marvel has a lot of explaining to do.

What are Agatha’s powers?

Well, if her appearance in the TV series is anything to go by, she’s bloody powerful.

Agatha is a witchy-witch, she can use magic to manipulate space and people. She also has a very ominous-looking book that I would like to know more about. 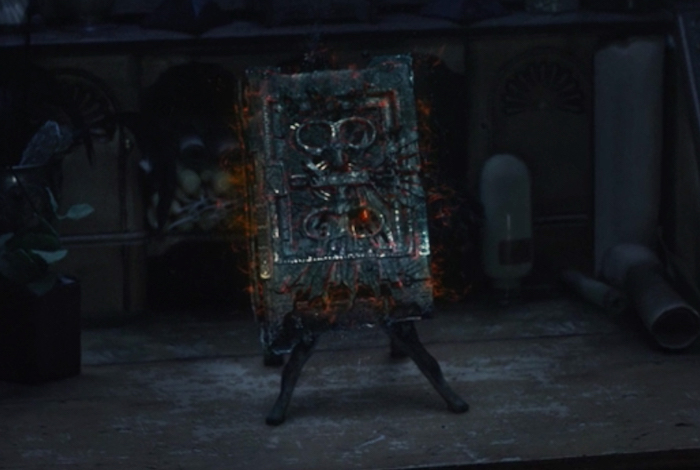 I have no idea, I just have so many questions. Like, who’s Agatha’s husband? Is there even a husband? She keeps referencing him, but we haven’t seen him yet. Who is he?