Savage: Apparently A ‘Nobody’ At Fash Week Asked WTF Zac Efron’s Ex Vanessa Was Doing There

It feels like ages ago that news broke about Zac Efron and his Byron Bay girlfriend Vanessa Valladares calling it quits and torching their fairytale romance.

Since then, Zac Efron has continued on with filming his telly shows and flicks, including Netflix’s Down to Earth with Zac Efron, as documented on his Instagram with tons of glorious tourist-y shots around the country.

Meanwhile Vanessa Valladares had seemingly returned to her quiet Byron Bay lifestyle but now, like a phoenix rising from the ashes, she’s returned to the public eye by appearing at several Australian Fashion Week shows.

Vanessa was, as the Daily Mail Australia described, a “regular fixture” at Fash Week, appearing at many a show and looking absolutely stylin’, as always. 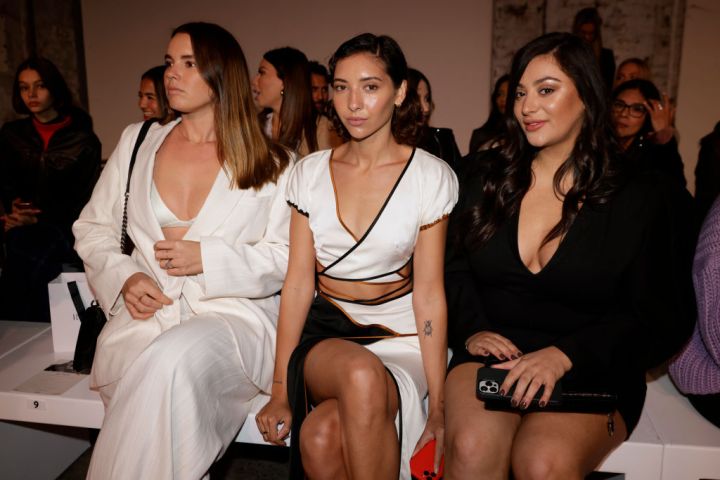 Now, a savage as fuck yarn from the Sydney Morning Herald is claiming that apparently there was some shade thrown her way and fkn ouch.

Have a read of the passage below in an article titled, ‘Secrets from the front row: Influencers, WAGS and celebs learn their pecking order.’

Zac Efron’s former girlfriend-cum-influencer Vanessa Valladares quickly learnt her place in the Fashion Week hierarchy. Now she’s no longer linked to the High School Musical star Valladares was seated in the second and even third row at shows throughout the week. “What’s she even doing here?” a fellow nobody was overheard scoffing.

Omfg. “Fellow nobody” has absolutely SENT me into another dimension. Y’all are savage as fuck, and I both love and fear it.

The Daily Telegraph broke the news that the couple had split almost two months ago.

An insider spoke to Us Weekly and spilled some more deets about why they split, starting with the stock standard ~he was too busy and important to hold down a relationship~.

“Zac is about to start a busy year of filming and wanted to make a clean break now,” the insider says, pointing out that the pair had been living together near Byron Bay, Australia, which Zac was paying for.

But since Zac is scheduled to leave the country to jet-set off to Canada to start working on Firestarter (a film starring Anne Hathaway) for two months, he reportedly didn’t want to leave Vanessa home alone in the house that he’s paying for. Ooft.

The source added that his “intense filming schedule” would mean he’d be paying for a house he’s not living in, which “wasn’t going to work for him.”

So FORGIVE her for wanting to move on by hitting up some fashion shows. Bloody leave her alone, people.