If you feel a great disturbance tonight, as if millions of voices suddenly cried out in terror and were suddenly silenced, know that something terrible has indeed happened.

Justin Bieber, he of the mighty Belieber clan, has officially made good on prior threats and deleted his Instagram.

Biebs, who has been in a very public spat with his fans over the fact that he called them “fans” and not “Beliebers,” and also because that particular hoard of petulant children refused to stop hanging horrendous shit on his new(est) girlfriend, appears to have finally pulled the pin and nuked his Instagram account once and for all.

A cursory glance at the gaping crater of the internet where the Biebs’ almighty IG page once stood reveals nothing but smouldering rubble, and a plume of lingering smoke where the empire once stood. 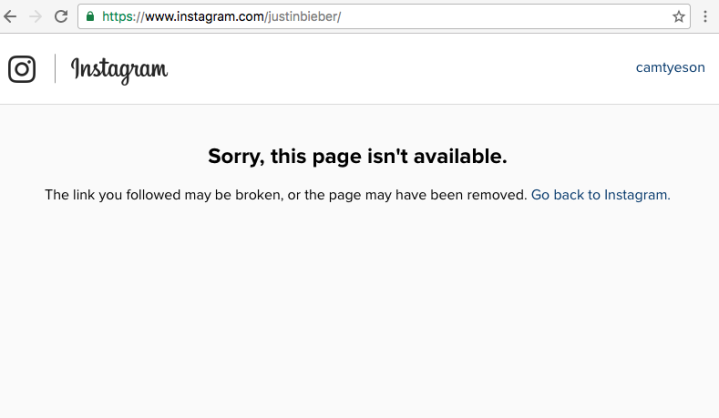 well Justin Bieber deleted his Instagram so my life no longer has any meaning pic.twitter.com/HEDikKiTyA

What does this mean for Bieber himself? What’s next in this on-going saga? Who will survive the fallout and what will be left of them?

Run home, quick. Barricade your doors. For tonight, there be newly scorned Beliebers on the loose, and they’re all thirsting for blood.