Do You Accept This Invite? ‘UnReal’ Is Taking Over Bachie Mansion To Launch S3

PEDESTRIAN.TV has partnered with Stan for the long-anticipated return of UnReal, with Season 3, dropping Feb 27th. Get around it by singing up to Stan for a 30-day trial here.

Look, I have watched every season of The Bachelor, even some overseas iterations. It’s possibly the most committed I will ever be to anything in my life and I’m OK with that. There’s just something really entertaining about putting a bunch of desperate singles together and watching them fight for a human that they may or may not like, wouldn’t you say?

And if someone said you could see the very mansion that has birthed so many now-irrelevant influencers, dropped standards and ok – sure – heartwarming love stories, you’d fucking be there. Don’t even lie. You’ve always wanted to see where the forced emotions develop, and where producers mould contestants into demons destined to be despised by an entire country. It’s the most magical place on earth. Just like Disneyland. (Or is that the happiest? I don’t know – I googled it and wound up more confused.)

Anyhoo, today’s your lucky day. Streaming guns Stan are launching Season 3 of the amazingly dark drama UnReal at the Hunters Hill abode – the same quarters that gave publicised love to Richie Strahan and Georgia Love before Channel 10 downgraded to a Glenorie residence. So yes, the party will be at the better, more luxe mansion.

If you haven’t watched UnReal yet then yeah, I’m grossly disappointed (catch up immediately on S1 + S2 on Stan), but to give you a quick spin: it’s a satirical take on all the fucked up shit producers do for the sake of ratings. You know it’s at least remotely legit because it’s the brainchild of an ex-bachie producer from the US. It’s bloody brilliant and makes you appreciate reality TV all the more.

The launch is going down on Feb 23rd, with some pretty amazeballs guests in tow. Yep, 2 x actors from the Everlasting set will be there IRL – Australia’s own Kassandra Clementi and Adam Demos who are introduced as characters in this forthcoming third season).

Clementi (who you may remember as Maddy from Home & Away or Bondi Vet Doctor Chris Brown‘s ex) plays Chet‘s new squeeze and Demos (who you probably won’t recognise from anything in particular but is an absolute dish) plays a contestant vying for the love of the show’s first suitress and…the train wreck otherwise known as Rachel? TBC. 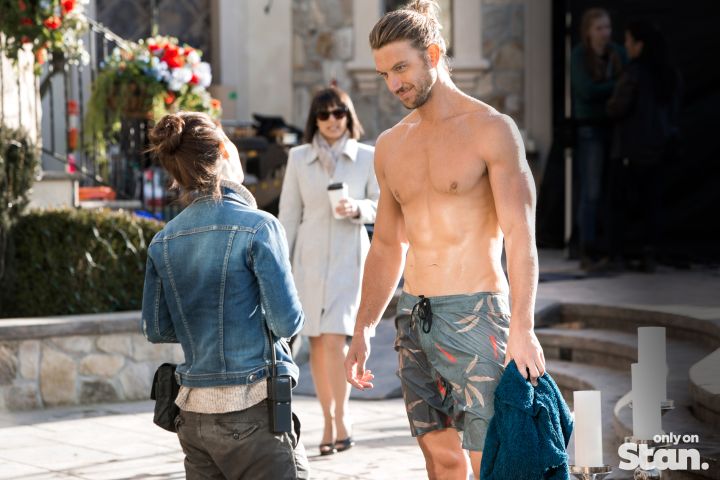 Pictured: Demos provin’ there’s something in the water Down under 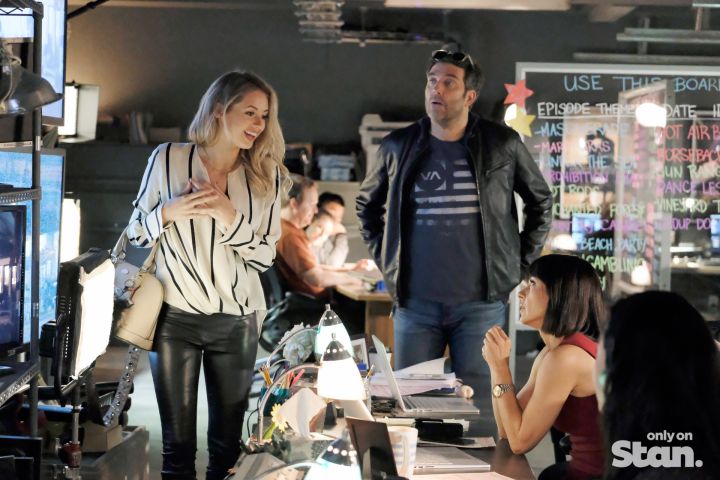 It’s a pretty exclusive event, I’m not gonna lie, but we’re giving away 5 x double passes to you lot. Enter for yourself below – and don’t worry – our pals at Uber have thrown in some rides to give y’all a lift to the event with UberSELECT. Why? So you can step out of your ride like the literally fake contestant you’ll become for the night, of course.

If you don’t win, you can catch the UnReal Season 3 premiere only on Stan from February 27th. It’s going to be a fucking doozy. Just check out the trailer.

Get your local favourite restaurants delivered via Uber Eats and stay glued to the couch with the season premiere of UnReal! Enter the promo code ‘UnRealEats’ to get $10 off your first Uber Eats order. T&Cs: First time Uber Eats users only. Valid in Australian cities where Uber Eats is available. Expires 12/03/18.