Congratulations, if you’re reading this then you probably binged The Umbrella Academy season 2 over its premiere weekend. What a fun experience that was, hey? Loved it! I wasn’t stressed at all! If you haven’t finished it yet, kindly piss off and hit up Netflix before I spoil everything for you. Go on, shoo. To the rest of you, I can’t believe [REDACTED] is [REDACTED].

Having successfully stopped a second Apocalypse in 1963, the Hargreeves children focus on getting back to the year 2019. But Vanya (Elliot Page) can sense something is wrong with Harlen (Justin Paul Kelly). Context: when Vanya saved him from drowning, via mouth-to-mouth, she unknowingly transferred some of her destructive powers to the kid. 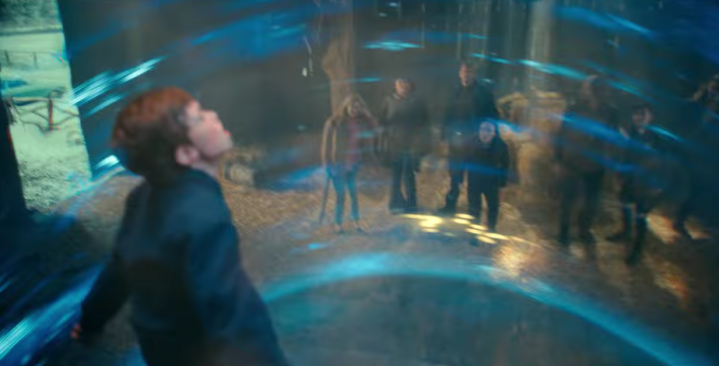 So the Hargreeves head back to Sissy’s (Marin Ireland) farm to suss things out only to find Harlen in some sort of energy cyclone. Let us not forget that Vanya is arguably the most powerful of the seven siblings, so this is Not Good. But just as Vanya is taking care of things, The Handler (Kate Walsh) and Lila (Ritu Arya) rock up. We usually love Lila, but Lila wants to murder Five (Aiden Gallagher) for killing her parents. Which is fair, but Five is an assassin. So Lila unleashes her rage and in doing so we learn she isn’t your average killing robot. Lila is special. She was born on October 1, 1989. She’s one of them.

And what are her powers? Lila can mimic anybody else’s. She can use Allison’s very powerful skills of persuasion (Emmy Raver-Lampman) and she can time jump like Five, proving herself to be quite the foe.

A lot of fighting follows until Five finally finds out why Lila hates him. He tells her that the official order to kill her parents was faked by The Handler, who effectively raised Lila. Turns out The Handler just really likes stealing “special” children and using their powers for pure evil. The Hargreeves then try and convince Lila that she’s one of them, that they can be a family.

I’d like to caption this photo: “Ah fuck, my life is a lie as well?”

Just when it seems like you’ve committed ten hours of your life to the eventual death of everybody you love, Five coughs up blood and uses the energy he has left to time jump back a few seconds to when The Handler appears. The Hargreeves’ deaths are avoided, but The Handler is still murdered by the Swede. Lila, confused and hurt, uses The Handler’s time-travelling briefcase to get the fuck out of there, leaving the Hargreeves alone with the Swede.

READ MORE
The Umbrella Academy's Justin H. Min Spills On S2 & What It Means To Be An Asian Superhero

The Swede and Five agree enough is enough and the Swede goes on his merry way. At last, we have peace. Vanya hurries back to Harlen and absorbs all of her power back, or so she thinks, and then the members of the new Commission arrive with a time-travelling briefcase for the Hargreeves to use to return to 2019.

[Inhales deeply] So then the Hargreeves jump back to April 2nd, 2019, the day after their first Apocalypse in season 1 and everything is seemingly normal. Overjoyed, the team gather in the living room of their mansion – The Umbrella Academy – to celebrate.

But, their adoptive father Reginald Hargreeves (Colm Feore), who was already dead in S01E01, greets them. When Luther (Tom Hooper) tells him how happy he is that they’re home, Reggie exclaims, “‘Home?’ This isn’t your home?”

“What are you talking about?” Allison says, “this is the Umbrella Academy.”

“Wrong again,” Reggie says. I groan so loud my dog frowns at me.

“This is the Sparrow Academy,” he reveals.

And then five people appear on the balcony above, their faces obscured, some sort of cube is floating next to them. 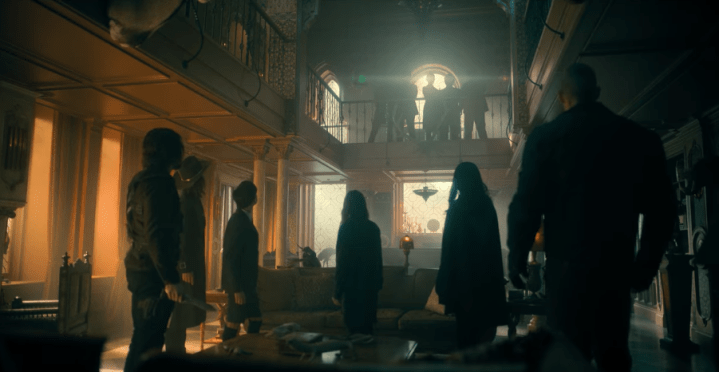 AND THEN BEN (Justin H. Min) WALKS INTO THE ROOM. Ben, who died during a mission when he was just a wee boy, is alive. Ben, who has been a ghost for two seasons, is alive. Ben, who sacrificed his ghost self to save Vanya, is ALIVE. Ben is flesh and bones and he has no idea who anyone is.

To be honest, he also kinda seems like a dick. Sorry, Ben! And I think he’s the Sparrow Academy leader?

“Dad, who the hell are these assholes?” he says.

WHAT IS WRONG WITH YOUR HAIR, BEN? 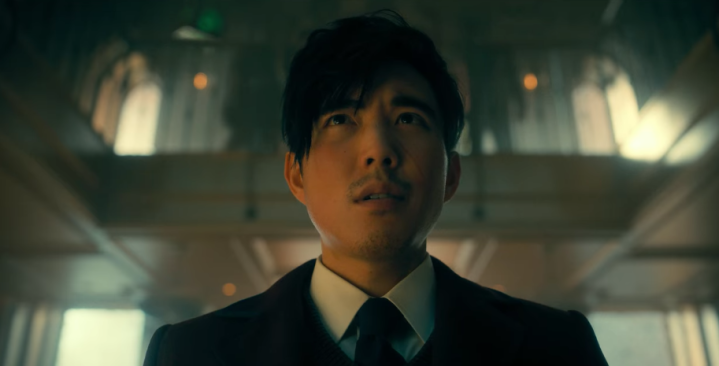 So that’s how season 2 concludes. With a cliffhanger. Again. Lord, give me strength.

Pro: Guaranteed more Ben in season 3, if / when Netflix confirms it.

What does this all mean? Let’s theorise.

My best guess here is that ol’ mate Reginald took to heart what his future children told him in 1963 and acted accordingly. Perhaps he did still adopt Luther, Allison, Vanya, Five, Klaus (Robert Sheehan), Diego (David Castańeda), and Ben, but raised them differently. He actually looks proud of the Sparrow Academy, who appear as a powerful and united force… unlike the OG Hargreeves when we first met them.

Season 3 could be about the OG Hargreeves co-existing (for however long) with their Sparrow Academy counterparts in the new 2019. I’m sure they’ll all get along and be one happy family.

Wildly unimpressed with how his future children turned out, Reggie adopted an entirely different set of gifted children.

For what it’s worth, series creator Gerard Way told Forbes last month that Vol. 4 of the Umbrella Academy comic series will be called Sparrow Academy. Would you look at that?

“[It] deals with a very big reveal in the Umbrella Academy universe, something that had been secret for a long time, and our siblings learn a lot about what was behind the scenes, as well as discovering the true nature of some characters that have been with them since the beginning,” Way said.

“The series finally starts to answer the question: ‘What about the other babies born on that day, in that moment?’ The Umbrella Academy siblings are not alone in the world anymore,” he said.

This feels unlikely, but maybe the team jumped into a different 2019 – a parallel dimension. Maybe the briefcase was damaged when Vanya did her thing back at Sissy’s farm or maybe it was just a faulty briefcase. As we saw twice throughout the second season, those briefcases aren’t exactly durable.

Other general questions I have 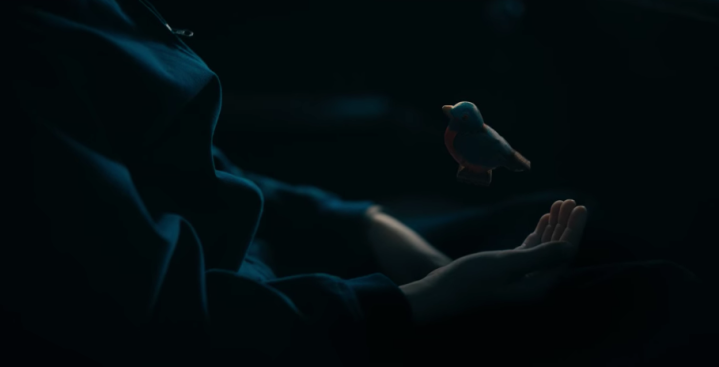 spoiling the end of season 2 of The Umbrella Academy with just one picture #TheUmbrellaAcademy pic.twitter.com/T4chbJjNv9

The Umbrella Academy season 2 is streaming now on Netflix.